A speed limit change has taken place on SH 71 in Bee Cave area dropping the speed limit to 55 mph. 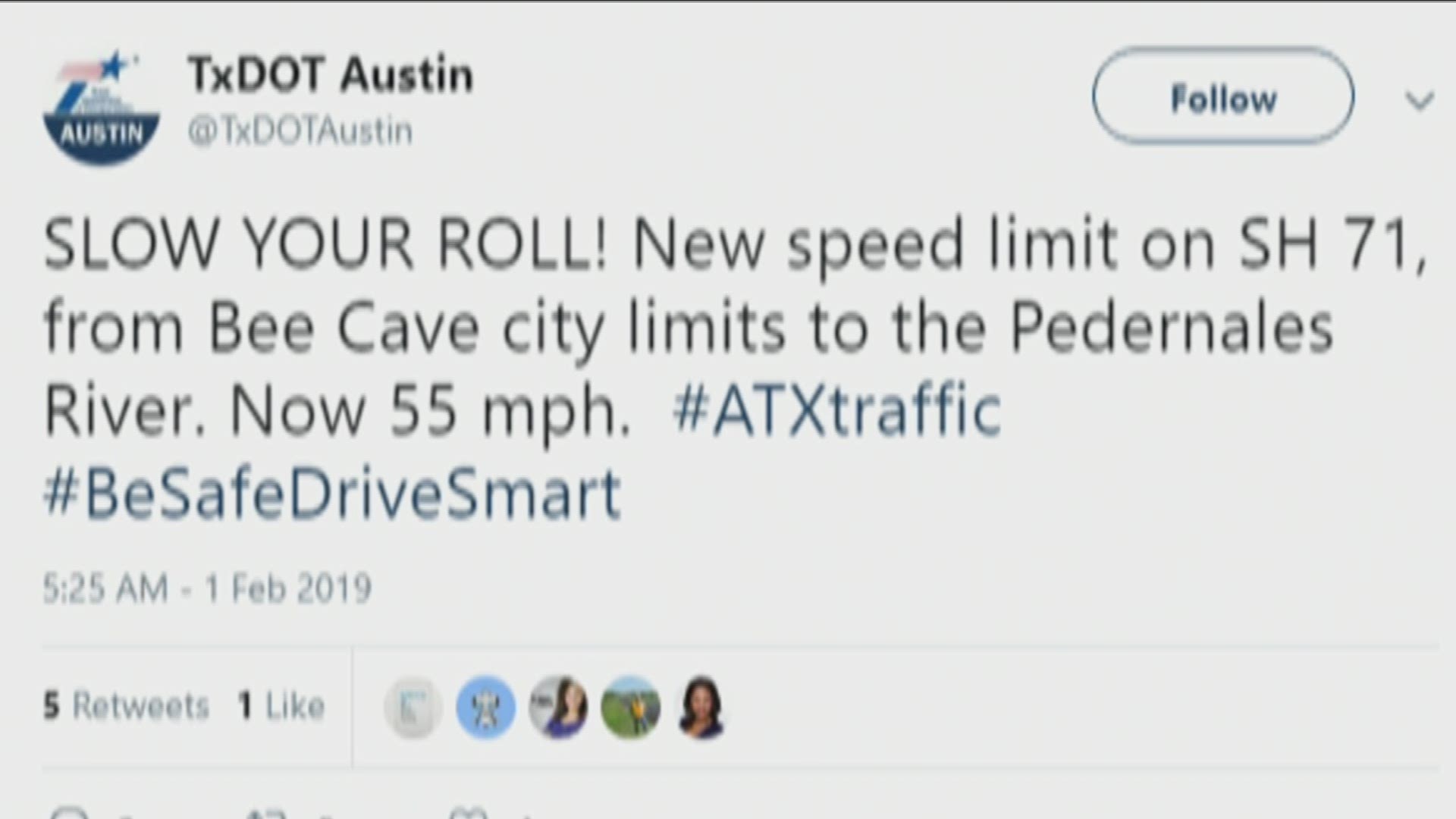 BEE CAVE, Texas — The Texas Department of Transportation tweeted on Friday that a new speed limit has been posted from the Bee Cave city limits to the Pedernales River.

The new speed limit is now 55 mph for the area.

Families living in the Sweetwater community between Bee Cave and Spicewood have been pushing for this kind of change for a while now.

The families in the Sweetwater community said Highway 71 wasn't safe because several people died in car crashes in the area last year.

Law enforcement to increase along SH 71 during the holidays

EMS: Two injured after crash along SH 71 near Bee Cave