The murder trial for fired Dallas police officer Amber Guyger began Monday morning. It is expected to answer many questions about the night Botham Jean died. 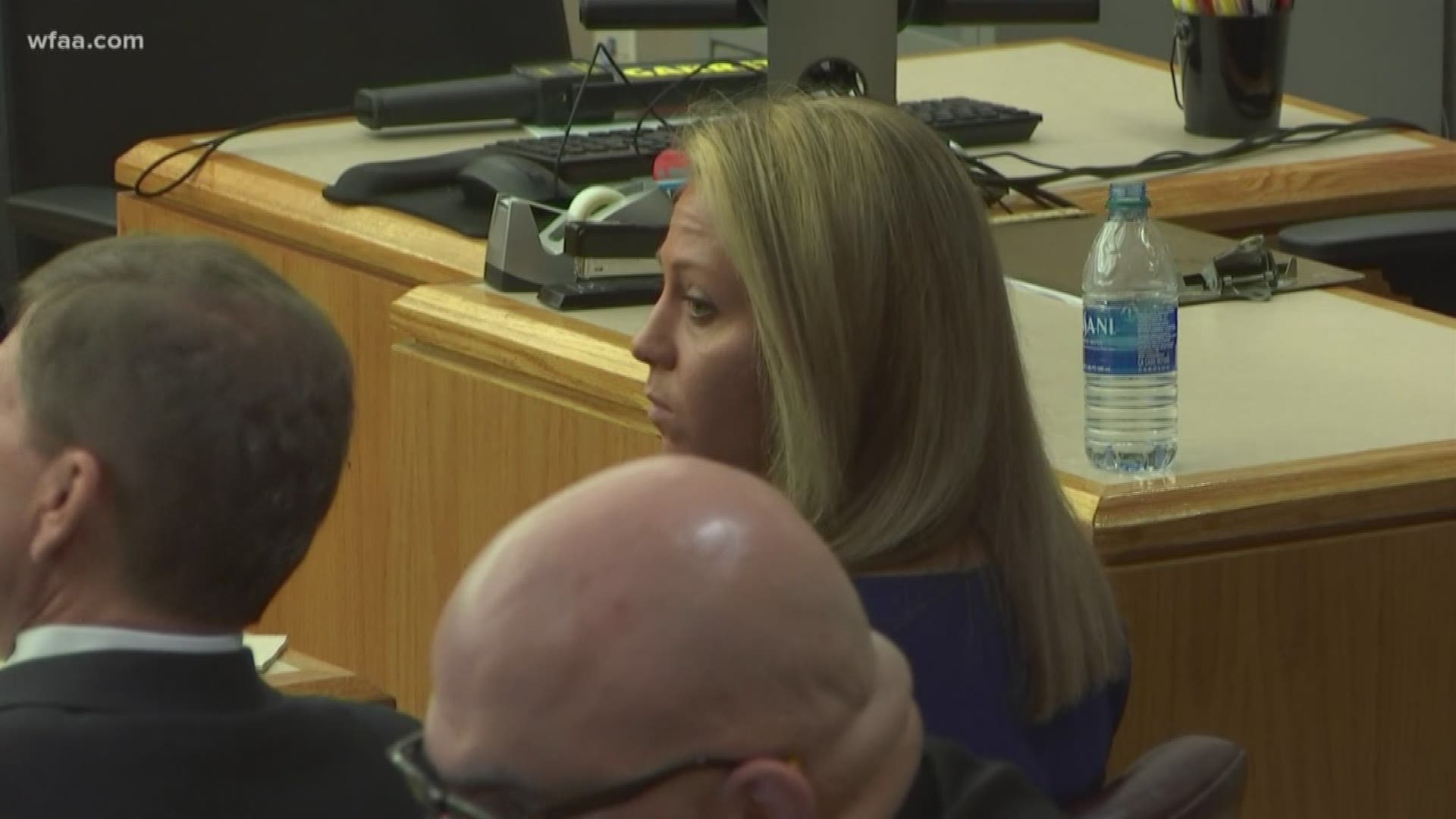 The murder trial for Amber Guyger started Monday with the judge hearing a number of motions from defense and prosecution.

State District Judge Tammy Kemp denied the defense's call for a mistrial over an interview with Dallas County District Attorney John Creuzot that a local television station aired this week.

Jurors were individually questioned about whether they had seen any news coverage on the case since they were selected. Each was asked whether they watched or heard the interview with Creuzot that aired Sunday night.

Defense attorneys said Creuzot’s interview violated a gag order in place since January. No jurors said they heard or saw the interview.

Following a midday break, the trial resumed with opening statements.

Prosecutors said on Sept. 6, 2018, Guyger sent numerous messages to her police partner about plans to meet up after their shifts ended. They were in a sexual relationship, prosecutors said.

The former officer later told investigators she mistook Botham Jean's apartment as her own after she parked on the fourth floor instead of the third at the South Side Flats apartments, arrest records show.

But prosecutors said the fourth floor of the garage is open-air, while the third floor, where Guyger normally parks, is not.

She also failed to notice Jean’s red doormat and the smell of marijuana in his home — all indicators she had gone to the wrong door.

The door was unlocked and Jean was on the couch when Guyger walked in.
She shot twice, striking Jean once in the lower chest. The bullet ripped downward through his body, Hermus said.

That trajectory, the prosecutor said, will be important when jurors analyze whether Guyger’s actions were justified.

Jean had been eating vanilla ice cream and watching TV inside his home when he was killed.

Prosecutors said Guyger was more concerned with texting her partner than with trying to help Jean. After the shooting, she texted her partner twice saying she needed him.

“She should’ve been giving 100 percent of her attention to that man,” Hermus said of Jean lying on his living room floor while Guyger waited outside for first responders.

What to know about the trial

The murder trial for Amber Guyger will likely answer most questions about what happened the night the off-duty Dallas police officer shot and killed Botham Jean inside his own apartment.

False information spread rapidly on the internet after the shooting on Sept. 6, 2018. Some claimed that Jean and Guyger knew each other. Jean’s family and Guyger’s attorneys have said they were strangers.

Guyger, 31, was off work but still in uniform when she said she mistakenly went to the wrong apartment. She shot and killed the 26-year-old man because she thought he was an intruder in her home, police records show.

Community activists criticized the investigation into the shooting, saying a civilian would’ve been arrested immediately on a murder charge. Guyger turned herself in about 72 hours after Jean’s death on a manslaughter charge.

Dallas police Chief U. Renee Hall quickly turned the investigation over to the Texas Rangers, an unusual move for a police department with its own specialized unit to investigate officer-involved shootings.

At first, Hall said she was not allowed to fire Guyger but ultimately terminated the officer. Within two months of the shooting, Guyger was indicted on a murder charge.

But jurors will likely hear none of the controversy surrounding the shooting investigation and Guyger’s employment. They won’t hear about the protests or the misinformation shared on social media.

They won’t hear that Guyger was fired. They will only be told she was a police officer at the time of the shooting.

Though some details have been publicly released, including the arrest records that state Guyger believed Jean was an intruder, there are still many outstanding questions which may be answered during the murder trial.

The trial is expected to last up to two weeks.

Who did Amber Guyger call after the shooting?

Investigators obtained search warrants for the contents of Guyger’s phone and her call records. A neighbor recorded video shortly after Jean was shot that showed Guyger pacing in the hallway talking on a cellphone. It’s clear she had already called 911, because the video shows Jean taken from the apartment by paramedics. A federal lawsuit filed against the City of Dallas and Guyger by Jean’s parents claims Guyger called her attorney immediately after the shooting. It’s likely prosecutors will present the call records to the jury during the trial.

Was the door open?

Police records show Guyger said the door was slightly “ajar” when she walked up to Jean’s apartment. Investigators seized the electronic door locks from both Guyger’s and Jean’s apartments. This data should reveal when Guyger had last gone into her apartment and whether Jean’s door was locked.

Where were Guyger and Jean in the apartment during the shooting?

The federal civil rights lawsuit filed by Jean’s family against Guyger and the City of Dallas claims that Guyger walked into the apartment and confronted Jean while he was sitting on the couch. Police records appear to indicate Guyger fired on Jean shortly after opening the door and saw him as a “silhouette” standing in the apartment. The arrest warrant affidavit says Guyger went inside the apartment after the shooting.

Search records show that “two used packages of medical aid” were found inside Jean’s apartment. The records do not indicate whether Guyger or paramedics used the packages. The arrest warrant affidavit says Guyger went into Jean’s apartment after the shooting, called 911 and “provided first aid” but does not clarify what that aid was. On the 911 call, obtained by WFAA in April, Guyger can be heard saying, “Hey bud. Hey bud.” Jurors will likely hear about what medical procedures were performed on Jean. A medical examiner will likely also testify about how Jean died. Police records indicate Jean was shot in the abdomen.

Did Guyger yell at Jean before shooting him?

A neighbor reported hearing “an exchange of words” just before two gunshots, according to a search warrant obtained by Dallas police. That document also says that “an unknown male inside the apartment confronted” Guyger. The arrest warrant affidavit written three days after the shooting says Guyger saw a “large silhouette” she believed to be an intruder “across the room in her apartment.” The arrest warrant also says the officer “gave verbal commands that were ignored.”