A toddler thrown from a train, a pregnant woman beaten, a father’s head in a box: Migrant stories from the US-Mexico border

For 12 years, UTEP professor Mark Lusk has shared stories of immigrants fleeing violence in their home countries in hopes of gaining asylum in the United States. 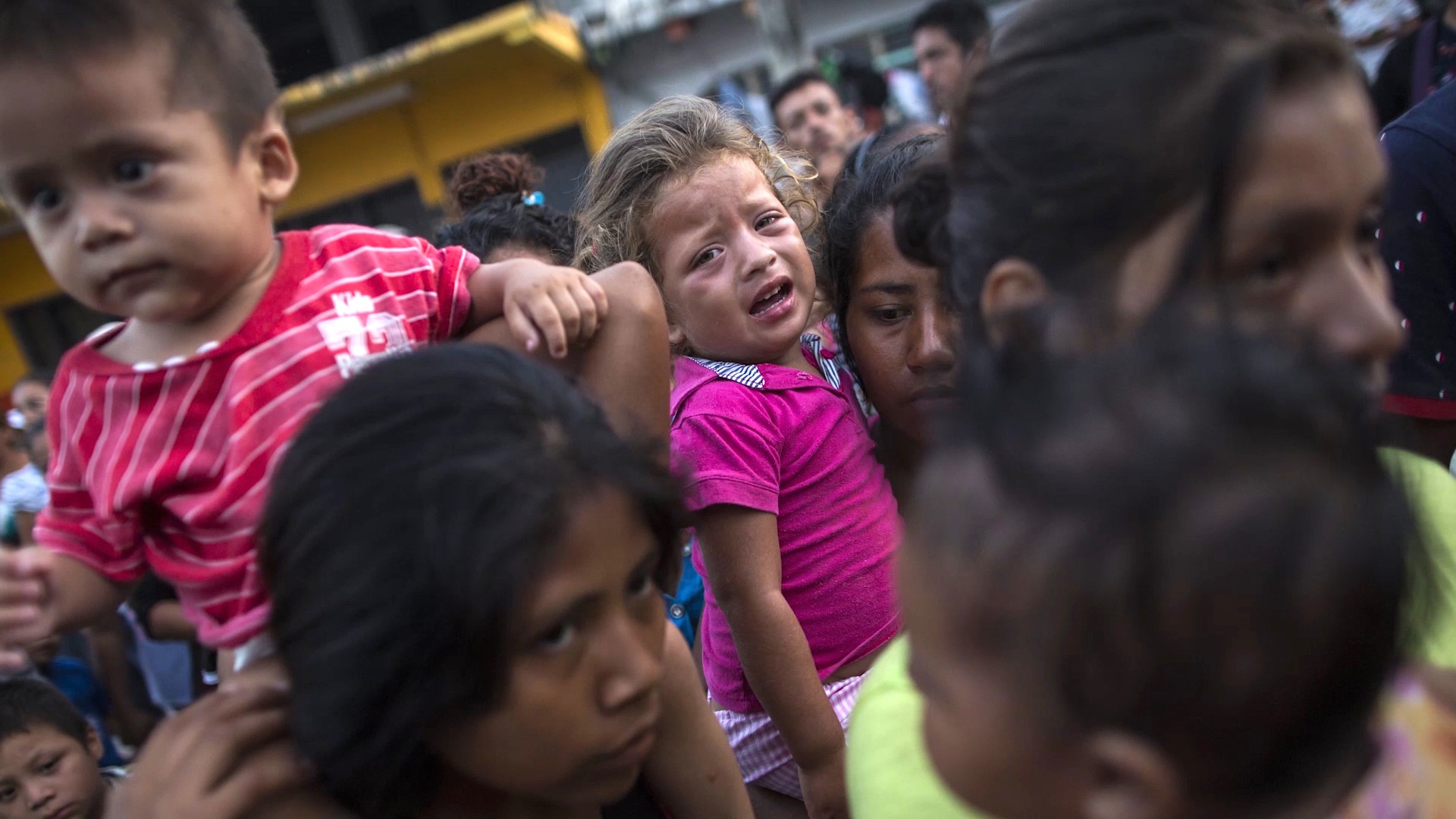 Editor’s note: Some of the material in this article could be disturbing to some readers.

EL PASO, Texas — The stories of torture, sacrifice and faith fill the office of professor Mark Lusk at the University of Texas at El Paso.

For the last 12 years, the professor of social work has been recording, translating and transcribing interviews of stories from migrants from Mexico and Central America who have told him they fled their countries in hopes of gaining asylum in the United States.

“I’ve spoken with over a thousand migrants who have opted to come here because they felt they had to,” said Lusk, who’s published their stories and presented them across the country. “One thing I think people don’t really understand is how much pain and suffering is involved in the decision to leave your country, to leave your village, to leave your family, to leave your job, not knowing even if you’ll be able to survive that journey at all.”

Lusk shared the story of a pregnant woman with two children traveling on a cargo train heading towards the U.S. border. From his notes, Lusk read what she told him.

WATCH: 'If we lose this dream...there will be nothing' | A woman's journey seeking asylum from Mexico

“I saw young men get on the train and demand of all migrants money. When they climbed over to our car, they threatened the woman with a young child and demanded a quota, or that’s a payment. When she said she had none, they took this woman’s 2-year-old boy and threw him into the rails of the train. We saw how his small body was demolished.

“When I saw this happen, I grabbed my own two children with both arms and we jumped from the moving train. This caused me to go into labor. I had to walk to a shelter, where I eventually had my baby.”

Lusk has the front seat to the end of their journey. Not only does he often go to the Mexico side of the border, he can see it from his office window. It’s just a little more than five football fields away.

“What happens here is sort of a thermometer of what’s going on outside the world. So, to be a teacher and to be a scholar, or just to be a volunteer and a human in this particular nexus in time, is a pretty exciting place to be,” Lusk said.

Across the country, what happens on the U.S.-Mexico border is a hotly contested issue that divides the political spectrum.

President Donald Trump made immigration one of the cornerstones of his campaign and presidency.

His administration has been criticized for its child-separation policy and the treatment of migrant adults and children once in U.S. custody.

The U.S. Customs and Border Protection, or CBP, reported a surge in enforcement during its fiscal year in 2019, attributing it to activity on the southwest border.

Adolpho Telles doesn’t argue that immigrants are fleeing their countries due to serious issues. But the chairman of the El Paso Republican Party said they’re leaving for the wrong reasons.

Telles said that across the country more people agree with his position on immigration.

WATCH: 'People are coming here for the wrong reasons' | An El Pasoan's position on immigration

Based on CBP’s statistics from the southwest border, most who enter the U.S. illegally, either at the port of entry or along the border, are not seeking asylum.

In fiscal year 2018, CBP reported 23,509 migrants didn’t have proper paperwork to enter the U.S. and were apprehended by El Paso-area border patrol officers. Of those, 6,824 cited credible fear about remaining in their home countries, according to the CBP statistics, a claim that triggers the start of the asylum process in the U.S.

“What continued to drive and pull Central American families to our borders was the public knowledge that the United States immigration laws were filled with loopholes,” said CBP acting commissioner Mark Morgan during a Oct. 29 news conference in El Paso. “And they were coached and mentored and given what to say by the cartels and human smuggling organization. ‘You grab a kid and that is your U.S. passport. That will guarantee you entry into the United States.’ The cartels were taking out (advertisements) and they were telling these vulnerable families and this vulnerable population, ‘You grab a kid, you’re in.’ Guess what, they were right.”

WATCH: Threatened with a machete: A story on the road from Honduras

We asked the El Paso CBP office to provide statistics of how many individuals were apprehended and proven to be coached by the cartels and human smuggling organizations in fiscal years 2016-2019. We also requested copies of any ads Morgan referred to in his October speech, along with information on how and where they were distributed.

"I do not believe that is a data set we track/capture," a CBP spokesperson said.

Telles with the El Paso Republican Party said he supports legal immigrants, or people he described as applying to come to the U.S. through the embassies overseas or getting a permit to enter legally.

“People are coming here for the wrong reasons,” Telles said. “They’re not coming here under the rules of this country. They’re just coming here because they want to come in, they try to do it right, but their stories aren’t correct and so they’re sent back.”

Lusk said that as a social worker he’s learned to read people and knows who’s telling the truth.

“If there are some people who are coached, I haven’t met any of them—never—on all of these stories that I’ve ever heard,” he said. “I’ve never heard somebody who is trying to manipulate me.”

WATCH: Are migrants being coached on how to cross the U.S. border?

Lusk read the story of a man from the Mexican state of Guerrero, on the country’s Pacific coast.

“They took over our farm to grow weed, cannabis. At first, they let us use half for our crops and animals, but then they made us grow marijuana over the entire property,” Lusk read. “My father put up a fuss. They cut his head off and sent it to me in a box. So, I left.”

Lusk said he doesn't have all the answers to the issues at the border.

“Wherever anybody is willing to hear me, even if they shout at me afterwards and tell me, ‘What, Mark, do you want to do—just open up the border and let everybody in?’ I didn’t say that,” Lusk said.

“We cannot fail to recognize their humanity,” he said. “I’m impressed by their resolve, their ability to continue to do that and that’s the story that I want to tell. That’s what this story is about, fundamentally, it’s human rights.

“Nobody deserves to suffer like these folks are suffering.”

WATCH: Stories of torture strength, faith from the US-Mexico border

MORE FROM THE BORDER