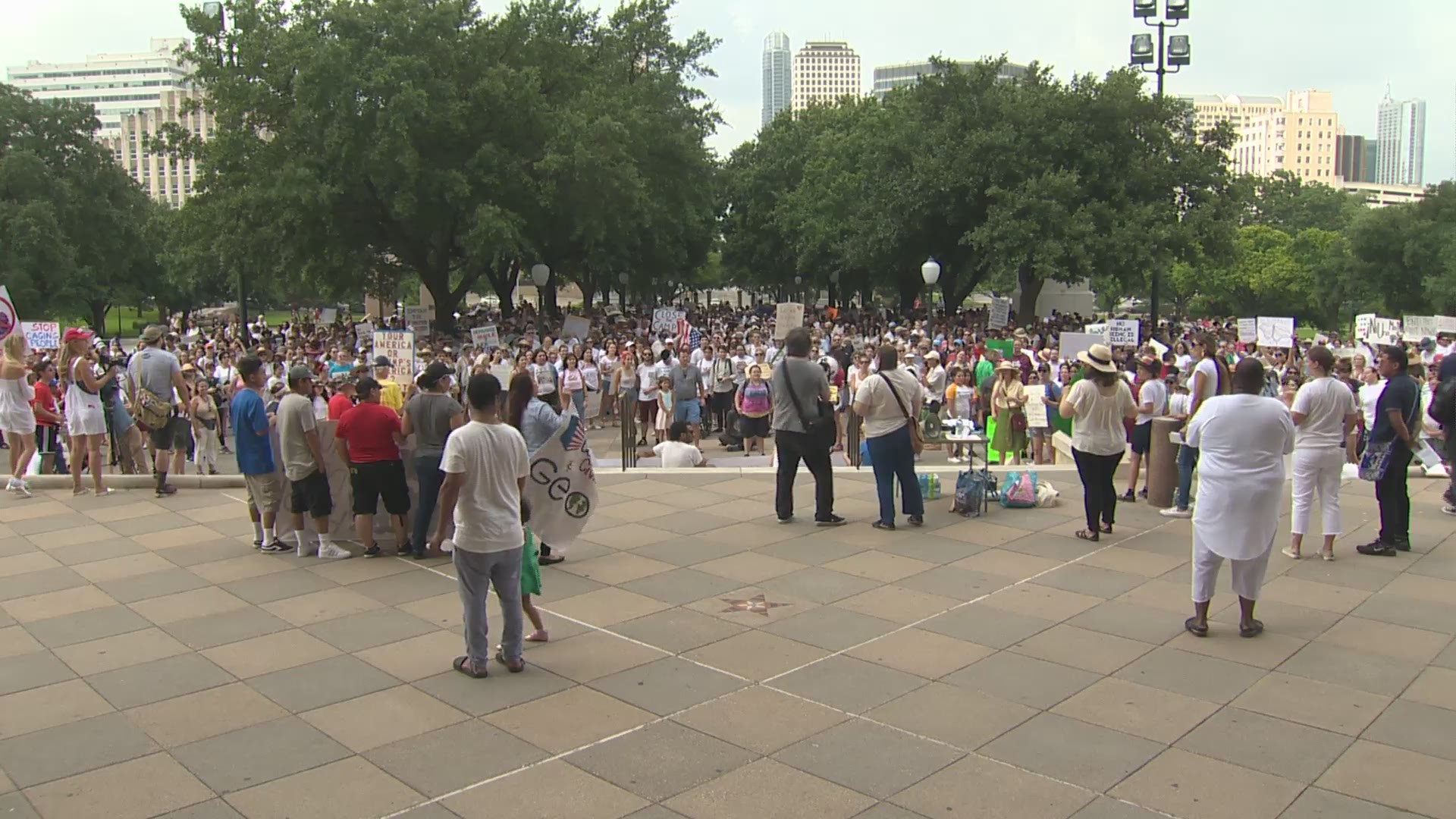 AUSTIN, Texas — Some Central Texans spent the Fourth of July holiday marching against some government policies.

A group met at the Texas Capitol Thursday to rally against several detention centers for immigrant children. The rally took place from 10 a.m. to noon. The protest came days after a group of area leaders and activists rallied in Austin outside Sen. John Cornyn's office as part of a nation-wide protest.

Organizers said they are upset about the living conditions, claiming the Donald Trump administration is dehumanizing the children.

“We are angry, sick and appalled at this administration's horrendous use of detention centers," said the organizers. "Reports coming out of the camps cite malnourished, grief-stricken, filthy children. They are packed in cages, sleep on concrete, cover up with foil blankets, and there have been reports of sexual abuse by guards.”

The "kid-friendly" rally marched to the governor's mansion. They are expected to hold a memorial for those who have died at the border there.

Organizers said they will be accepting donations at the rally to support Girasol, an organization that takes food, blankets, toys and clothes to the border to help needy immigrant families. 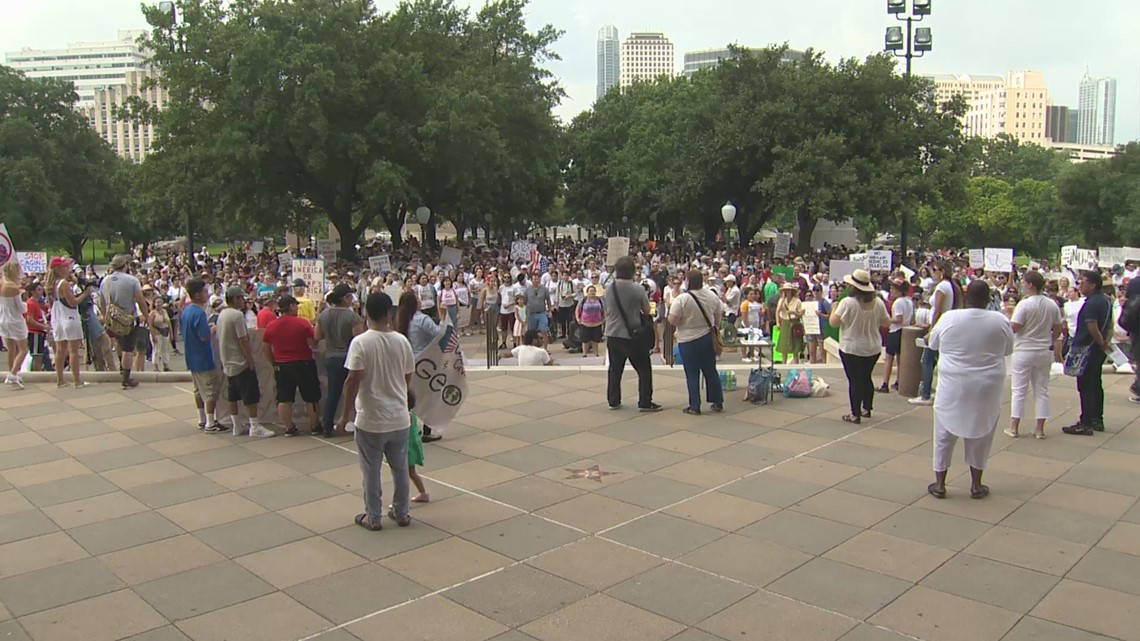