A Central Texas treasure threatened: the San Gabriel River winds its way from Burnet County into Williamson and Milam counties, a distance 50 miles long. It's a place known for swimming, fishing and recreation, where some families live and get water for their homes. There are new concerns over whether the state should allow treated wastewater to be dumped into it. 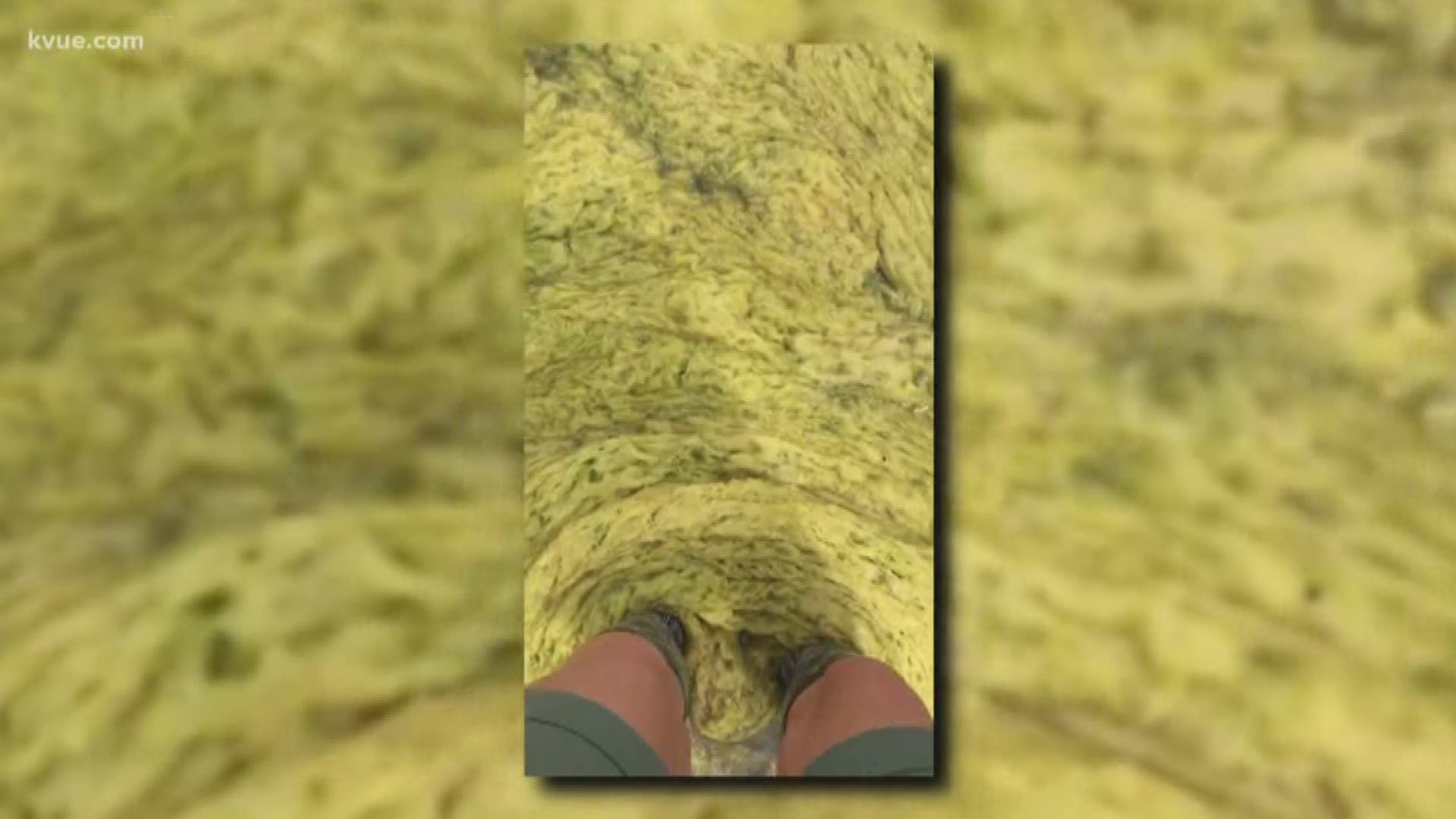 Louise Bunnell dreamed of owning a place in the Hill Country with water and recreation nearby -- a place she and her husband could share with her seven grandchildren.

“We just wanted to walk in the backyard and say, ‘Wow!’. And it is wow,” said Bunnell. “We thought this would be the be-all end-all to go hiking, swimming in the river do anything and everything that the hill country is known for.”

Yet, within months of moving into her retirement home, that refuge was invaded.

“This river was covered from side to side with algae this thick,” said Bunnell.

She and her husband have lived on the South San Gabriel river near Georgetown for 11 years.

“Our grandchildren were baptized right there (at the river). We built all of the limestone for our church to come for our annual baptism,” she said. “Would you want your kids in that river the way it is?”

The Texas Commission on Environmental Quality cited the Liberty Hill Water Treatment Plant for six different violations, including failure to keep sewage from getting into the San Gabriel River. This comes after the plant self-reported 53 violations in 2017.

“The report is simply erroneous,” said Perry Steger, from Steger and Bizzell Engineering, which worked to build the plant. “We sent a letter asking the TCEQ to retract that statement.”

Clifford works with concerned homeowners as part of the no dumping sewage campaign to help provide clean water for central Texas.

“The current Texas law allows for public utilities to dump treated wastewater into rivers like this one,” said Clifford.

“You can get a really good idea what this would look like if you look upstream,”said Clifford.

From DroneVUE -- the KVUE Drone -- you can see the algae blooms downstream where excess bacteria and nutrients like phosphorous and nitrogen enter the water.

“The Edwards aquifer is in this area. A lot of these Hill Country waterways either recharge or contribute to the Edwards aquifer. You can say very selfishly that I get my water from the Colorado River, so there's no problem, well guess what? All these waterways empty into it,” said Clifford.

The KVUE Defenders sampled the river.

We had those samples analyzed by an independent lab to check for fecal coliform bacteria, which can cause illness.

The EPA safety standard for human contact with fecal coliform levels in recreational waters is 200cfu/100mL.

“Your sample was about 18 times higher than that,” said Raymond Slade Jr., a certified professional hydrologist of 40 years and a professor at Austin Community College.

At the outfall, the effluent being discharged into the San Gabriel River had a fecal coliform level of 3700/100mL. This translates to 3700 colony forming units per 100 milliliters.

“I would be concerned," said Slade.

Slade also pointed out the high levels of phosphorous and nitrogen in the TCEQ report.

"Many of those organic compounds won't necessarily have immediate threat on your health, but the cumulative effect of exposure could cause problems down the road.”

RELATED: Many Austin waterways were heavily polluted with fecal bacteria in 2017: Report

For homeowners, seeing is believing.

“In front of our eyes, we watched it,” said Bunnell.

“They are killing the river and that is heartbreaking,” said Tull.

Months later, homeowners downstream wait for answers and a chance to get back out in the river -- the backyard they dreamed their families would enjoy.

There are dozens of active private wells all along the river and the San Gabriel feeds two aquifers -the Edwards and the Trinity -- two of Austin's biggest sources of water.

The TCEQ is still working out the details of the enforcement action on these latest citations. Count on the KVUE Defenders to let you know what happens.

See more stories from the Defenders on this issue here.