Both Botts and Richards said if you do get nipped, it's not a big deal. 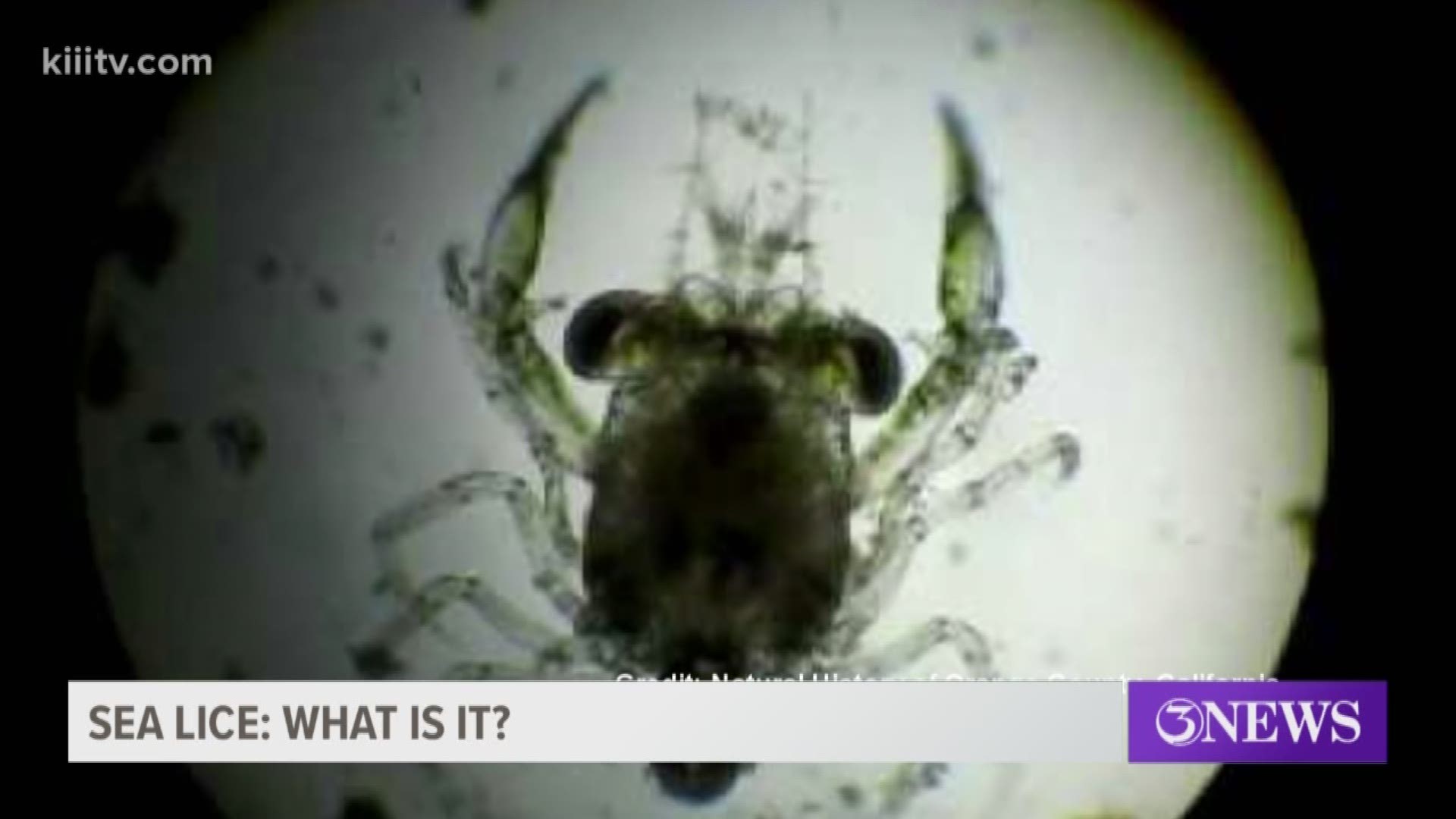 CORPUS CHRISTI, Texas — Sea lice have been a big concern for beachgoers in the Coastal Bend recently. Experts said strong currents are bringing them closer to shore, but in many cases, it's not even sea lice that are the problem.

"They latch all over you. It's itchy, it's miserable, it sucks. No fun," surfer Tristan Richards said.

According to Richards, he's seen plenty of sea lice in his lifetime, but he's not too threatened because they're not lice at all.

If you took a magnifying glass to the tiny crabs, you'd see their little claws. According Botts, when the crabs get in a bathing suit that's when they pinch, making people itch. If you're not sure if you're scratching because of sea lice, look for their eyes.

"They have these two big, black eyes, and that's why they call them the megalops. Lops is greek for eyes," Botts said.

If there is enough crabs in the water, you won't have to look very hard.

"But occasionally they'll be so heavy it looks like rice in the water," Botts said.

Both Botts and Richards said if you do get nipped, it's not a big deal.

"Once you take the suit off and have rinsed and have gotten them off, you're good to go," Botts said.