We wanted to get a look at examples of the department's racial bias training. We got access to a session — a screening of 'Walking While Black.' 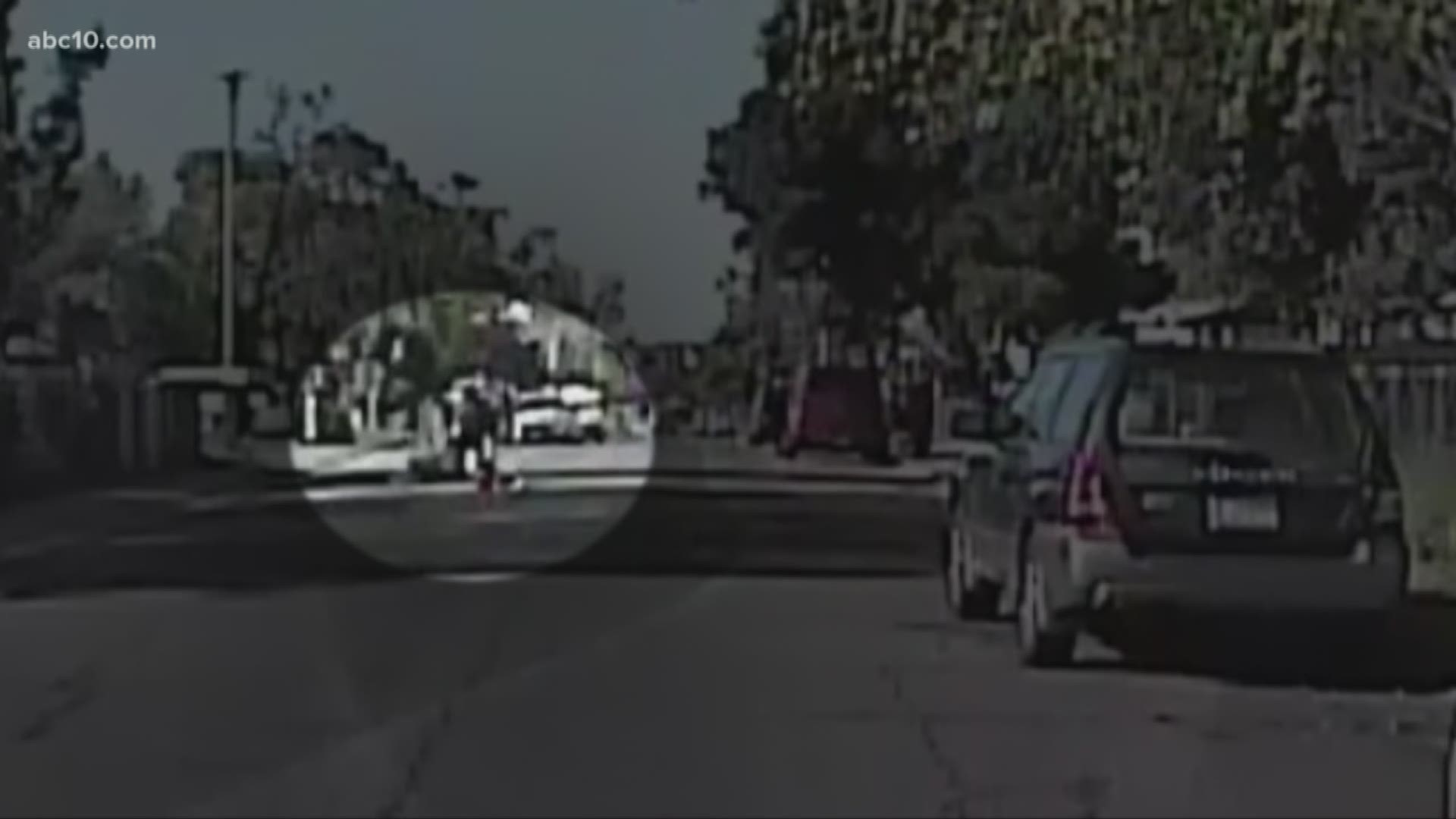 SACRAMENTO, Calif. — Nandi Cain, 27, was beaten by a Sacramento Police Officer patrolling in Del Paso Heights in April 2017 after he was stopped for jaywalking. The entire incident was caught on camera, sparking outrage in the city.

In the ensuing months, a civil rights attorney filed a suit against the city claiming, among other things, discrimination, and ended up settling with the city for $550,000. But that's not all. The lawsuit prompted Sacramento police officers to undergo mandatory implicit bias training, and academy recruits to go through cultural immersion training.

We wanted to get a look at examples of the department's racial bias training. We got access to a session hosted by the Sacramento Police Department — a screening of "Walking While Black," a documentary about a racial bias in police stops across the country.

But it wasn't just police officers in the audience — community members were there, too, listening to officers discuss the issues they go through daily.

"We are educating ourselves to put ourselves in the shoes of those that we deal with on a day to day basis, and I think that's important," said Officer Rosalia Cabrera. "It is just more education for us officers as well as the community because they get to know what we do on a daily basis as well."

Officers say they struggle with things like Post Traumatic Stress Disorder and depression based of the horrible scenes they encounter.

"There's a stigma of going to get help because we carry a gun," said an officer in the film.  "You have a lot of power. So if you say I'm feeling depressed. I'm feeling anxious. There's a feeling that you're going to lose your job."

Mykel Ganet is a veteran and member of the community who also suffers from PTSD and bi-polar disorder. His takeaway? Police deal with some of the same issues he experienced.

"I got the message, and it quelled my emotions," said Gaynet. "It calmed me down. You're part of the problem if you're not trying to work on the problem. So I want to try to work on it."

FOR NEWS IN YOUR COMMUNITY, DOWNLOAD THE  ABC10 APP:

►Stay In the Know! Sign up now for ABC10's Morning Blend Newsletter

WATCH MORE: Inside the Sacramento Police Academy | The Recruits