'Run. Hide. Fight.': This is what to do in an active shooter situation

Your survival could be based on whether or not you have a plan. The training video above teaches you the THREE things that could save your life. 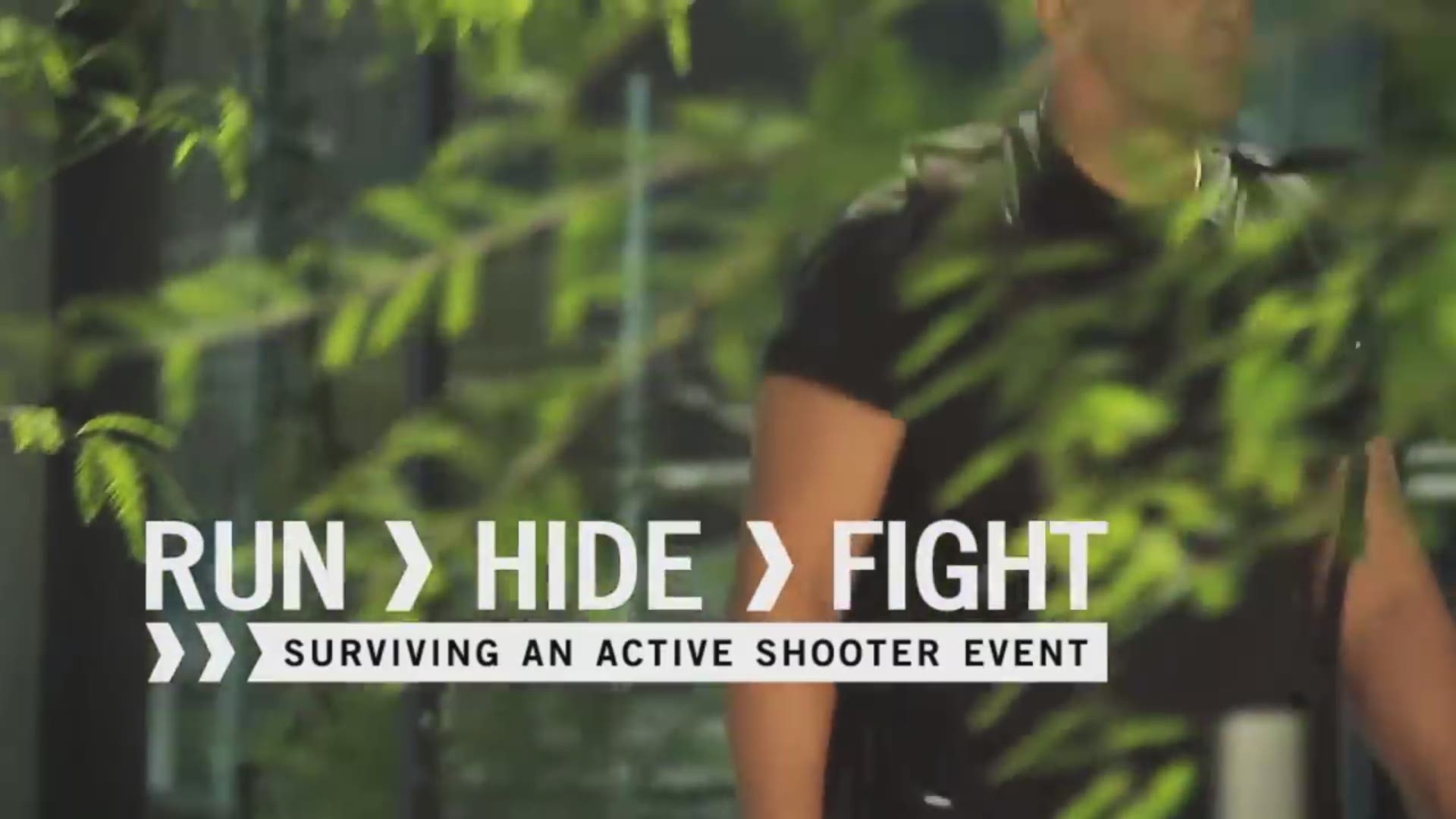 HOUSTON — Unfortunately, we're used to hearing about mass shooting situations throughout the U.S.

But this weekend was especially painful as we mourned more than three dozen people killed in El Paso, Texas and Dayton, Ohio.

The anxiety that sets in during the aftermath of a mass shooting is enough to paralyze you in fear.

People like Marisa Echavarria wrote on Facebook, "Sadly, I often think about it when I'm sitting in church. Yesterday, as I was praying for the victims of the weekend's shootings, the thought that we should have a security guard at the doors of my church crossed my mind." 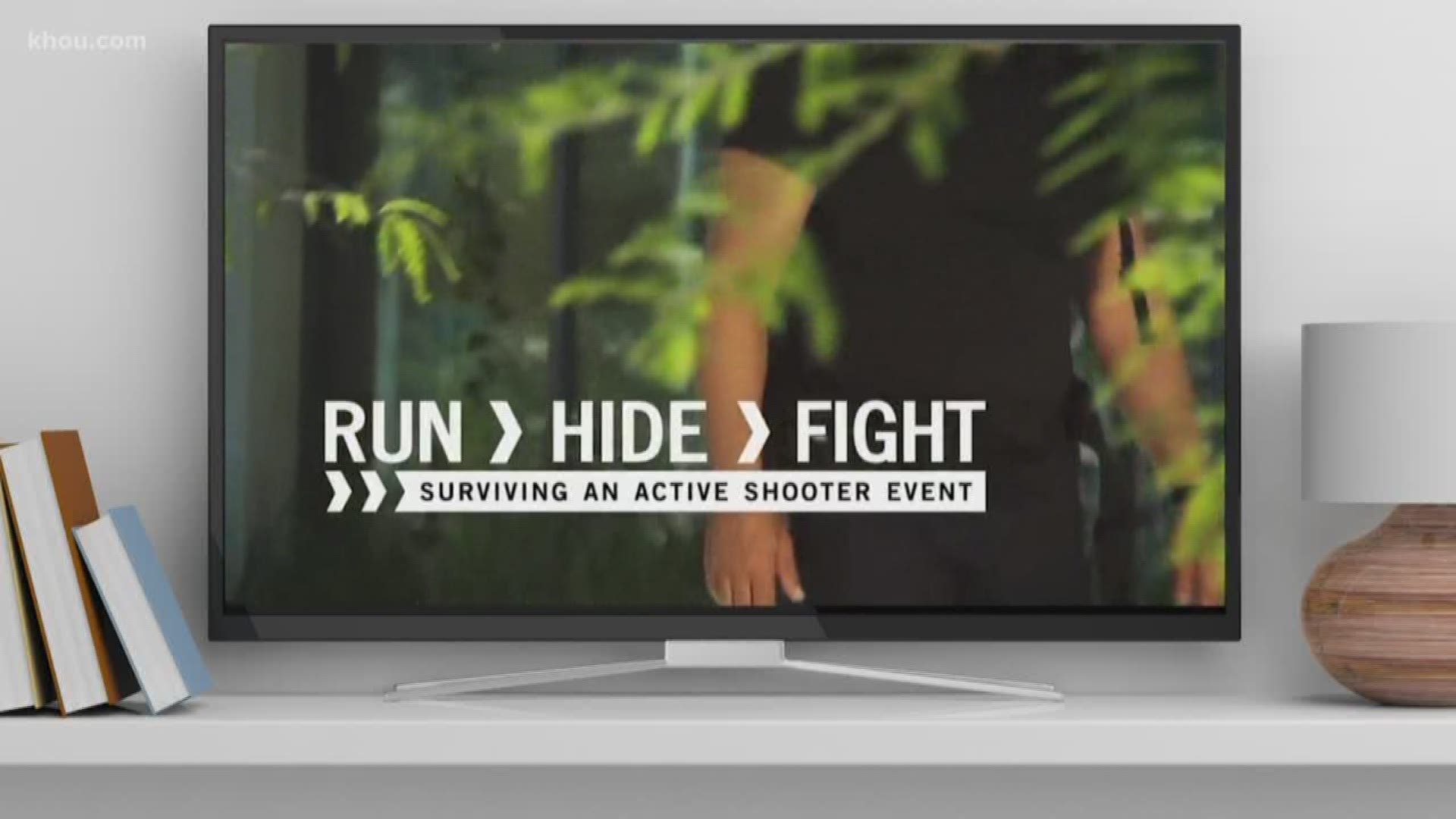 "It’s scary. It’s uncomfortable. It’s actually awful," said Rania Mankarious who is the CEO of Crime Stoppers Houston. "But we’ve got to do it and again, it’s not that we’re afraid to go out. It should not cripple what we do. But thinking through strategies to stay safe is not a negative, it’s a positive that will ultimately help us."

From looking for exits in a building to sharing your location with family members, many of you have devised strategies and plans on what you'd do during a mass shooting event.

In July 2012, with funding from the Department of Homeland Security, the City of Houston created an instructional video.

Ready Houston, the emergency management team for the City of Houston, uploaded the video on YouTube. It's been viewed more than 8 million times.

The video is a guiding light for organizations, communities and schools throughout the country. Seven years later, the advice to: Run. Hide. Fight. is still the best action plan during an active shooter situation.

Emergency managers, like Mankarious, who oversee action plans in schools, recommend you watch the video with your family or share the three key points, if your kids are too young for the content.

THE THREE THINGS YOU SHOULD DO DURING AN ACTIVE SHOOTER EVENT: