The Texas Peace Officers held a Memorial Ceremony for those that died in the line of duty in 2018. 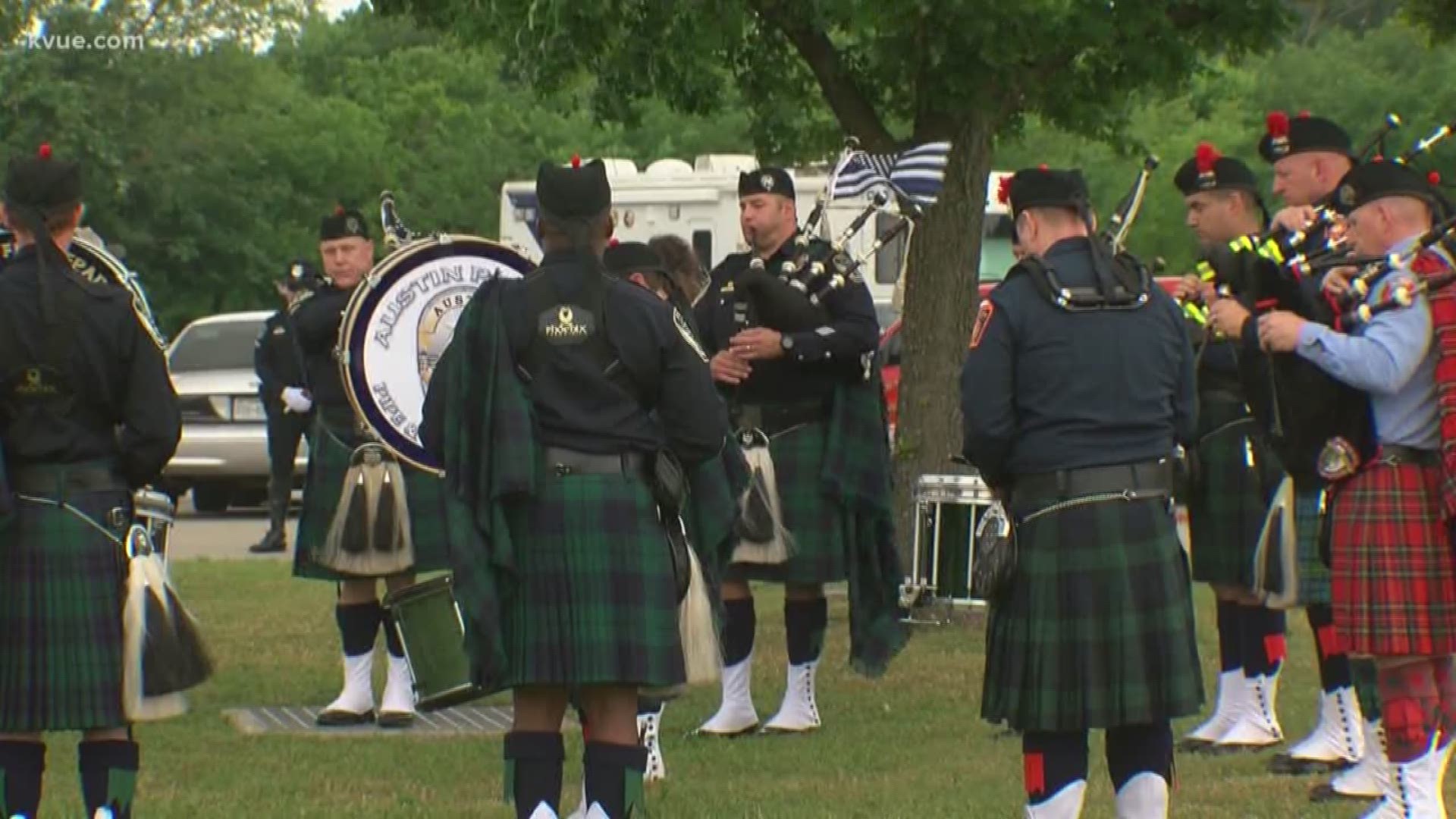 AUSTIN, Texas — The Texas Peace Officers held a two-day memorial ceremony to honor those who died in the line of duty in 2018. Round Rock Police Officer Charles Whites, who died from his injuries after a driver hit him while he was directing traffic around a car accident, was among those honored.

The ceremony took place May 5-6 on the Texas Capitol grounds.

Credit: Office of the Governor

There was a candlelight vigil Sunday, May 5, at the Memorial Monument and Texas Senator John Whitmire delivered the keynote address.

On Monday, May 6, the ceremony began at 11 a.m. on the south steps of the Capitol building. Governor Greg Abbott presented medals and resolutions to the surviving family members.

Officer Whites served with Round Rock PD for 19 years. He was the first officer killed in the line of duty in Round Rock for more than 70 years.

"Today, we join the families of fallen officers in mourning the tragic loss of life, but we also join them in celebrating their lives and the lasting impact they had on their communities and fellow officers," said Governor Abbott. "I thank the men and women of law enforcement for their commitment to protecting and serving our communities. It is a duty that requires courage, selflessness, long hours and sleepless nights. Despite the challenges and the risks, each and every one of them answered the call, and for that, we are eternally grateful."

Credit: Office of the Governor

The fallen officers being honored are: