Richard Overton was America's oldest living World War II veteran before he passed away in December. Overton is now buried next to his cousin, a well known civil rights leader in Austin. 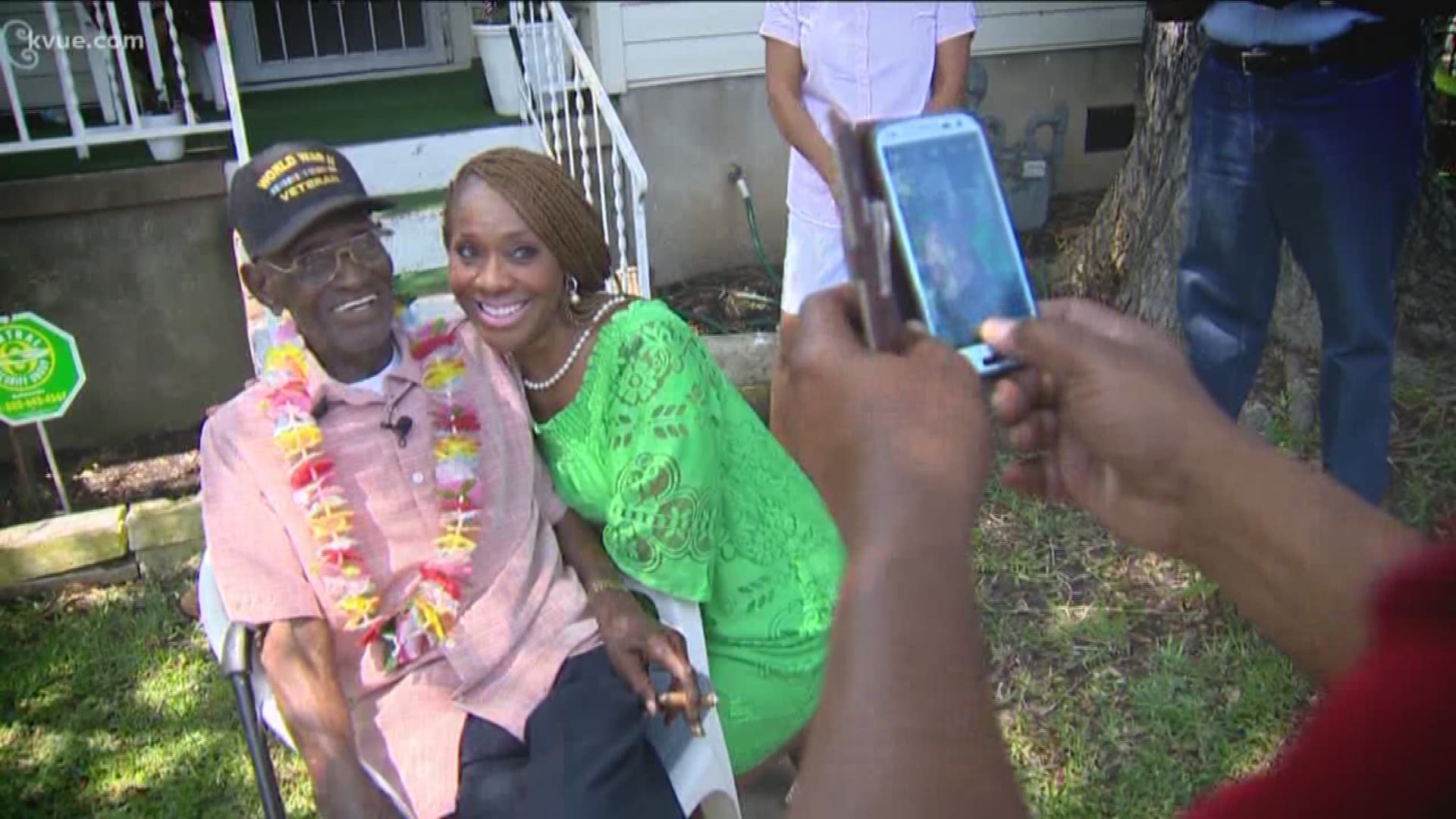 AUSTIN, Texas — Richard Overton was well known in Austin as being the oldest living World War II veteran in America before he passed away in December, but he isn't the only well known Austinite in his family.

Overton is burried next to his cousin, Volma Overton, Sr., an icon of Austin's civil rights movement.

In the 60s and 70s, Volma Overton, Sr. served as president of Austin's NAACP. He helped organize protests and sit-ins, where he also took his children.

Celebrating the life of Richard A. Overton

"We were little kids like 5, 6 and 7 years old and daddy would take us out to picket with them as young kids, and we didn't understand all the things that were happening and why we had to do this," said Volma Overton, Jr.

"We were always peaceful and told not to respond to them, just keep protesting and keep marching," said Florence.

"Woolworth which used to be at 6th and Congress, I remember going in there and they would not serve us at the counter and they had the police in there and just a real mess of things that were happening," said Volma Overton, Jr.

Overton Sr. would go on to fight against racial segregation in Austin schools and win. He filed a federal lawsuit in the 1970s and it took 13 years before a federal court finally declared Austin ISD desegregated.

Volma Overton Sr. passed away in 2005. To honor his legacy, Austin ISD named Overton Early College Prep in northeast Austin after him.

These are just two members of a very large family that's still helping to shape the lives of so many in Austin and across Central Texas.