As state leaders weigh strategies to begin reopening businesses, the low number of people being tested for COVID-19 is raising concern 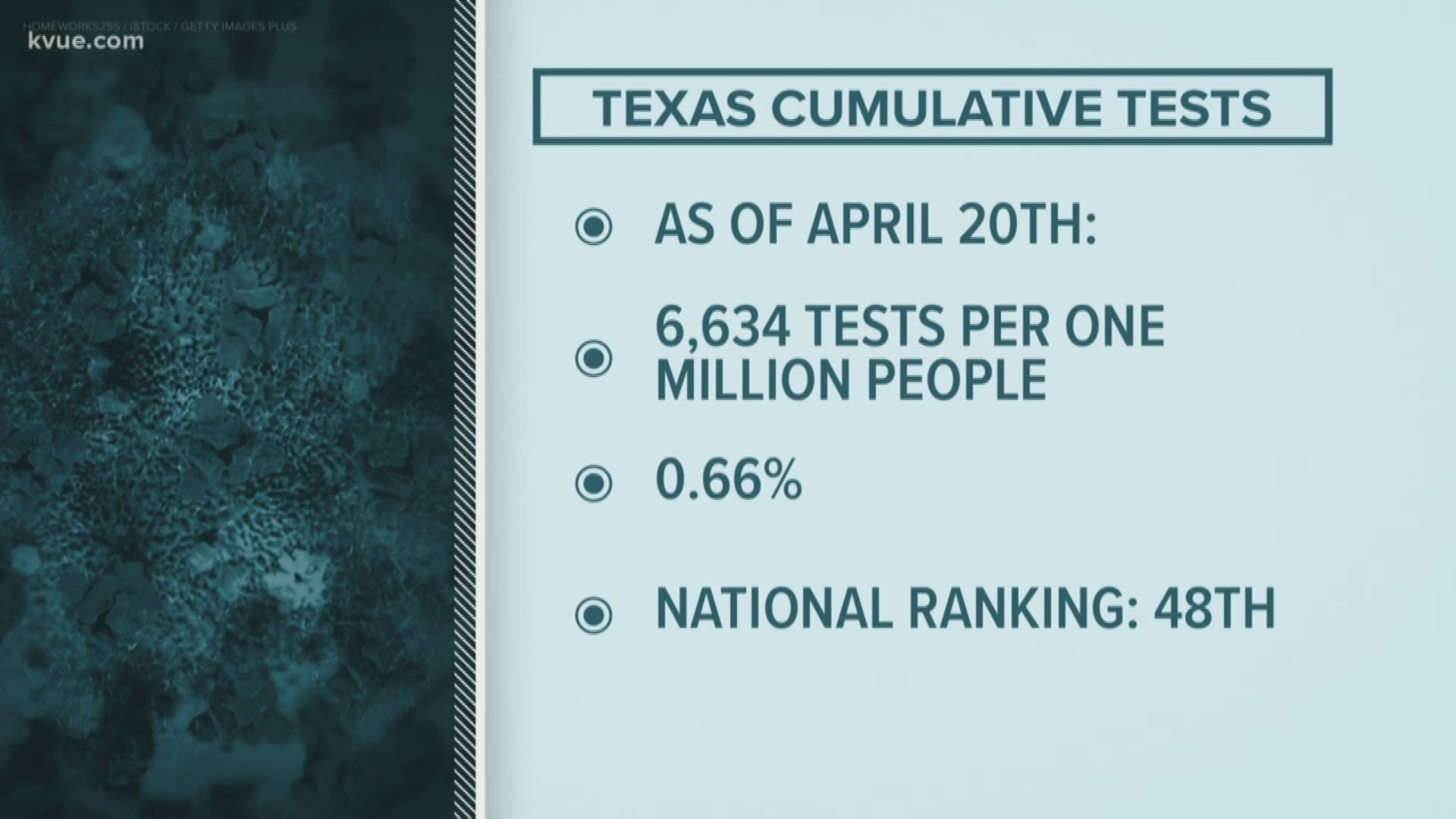 AUSTIN, Texas — On Wednesday, an executive order from Texas Gov. Greg Abbott went into effect, easing restrictions on hospitals to allow doctors to perform procedures to diagnose or correct serious conditions and, on Friday, retailers will be able to offer to-go or delivery services.

But as Texas prepares to re-open, there's a statistic giving some people pause – Texas ranks toward the bottom in the nation for COVID-19 testing.

Testing for COVID-19 will play a critical roll in reopening states, so much so that the plan President Donald Trump gave governors to re-open states says there has to be a two-week downward trend in the number of new cases to start to re-open some businesses.

Texas hospitals can start going back to doing elective surgeries

To Texas' credit, the number of people tested for COVID-19 has drastically increased since the first person tested positive. According to the Department of State Health Services, as of April 22, 216,783 Texans have been tested, with the majority of those tests being performed in private labs. And of the people tested, less than 10%, 21,069 tested positive.

According to The COVID Tracking Project, a volunteer organization launched by The Atlantic to track Coronavirus cases in the United States, Texas ranks 48th in testing per capita in the nation. The night prior, data from the Texas Department of State Health Services put Texas in 49th place.