Stacy's ex-girlfriend, Kristin Evans, told the judge she was afraid for her and her children's safety. 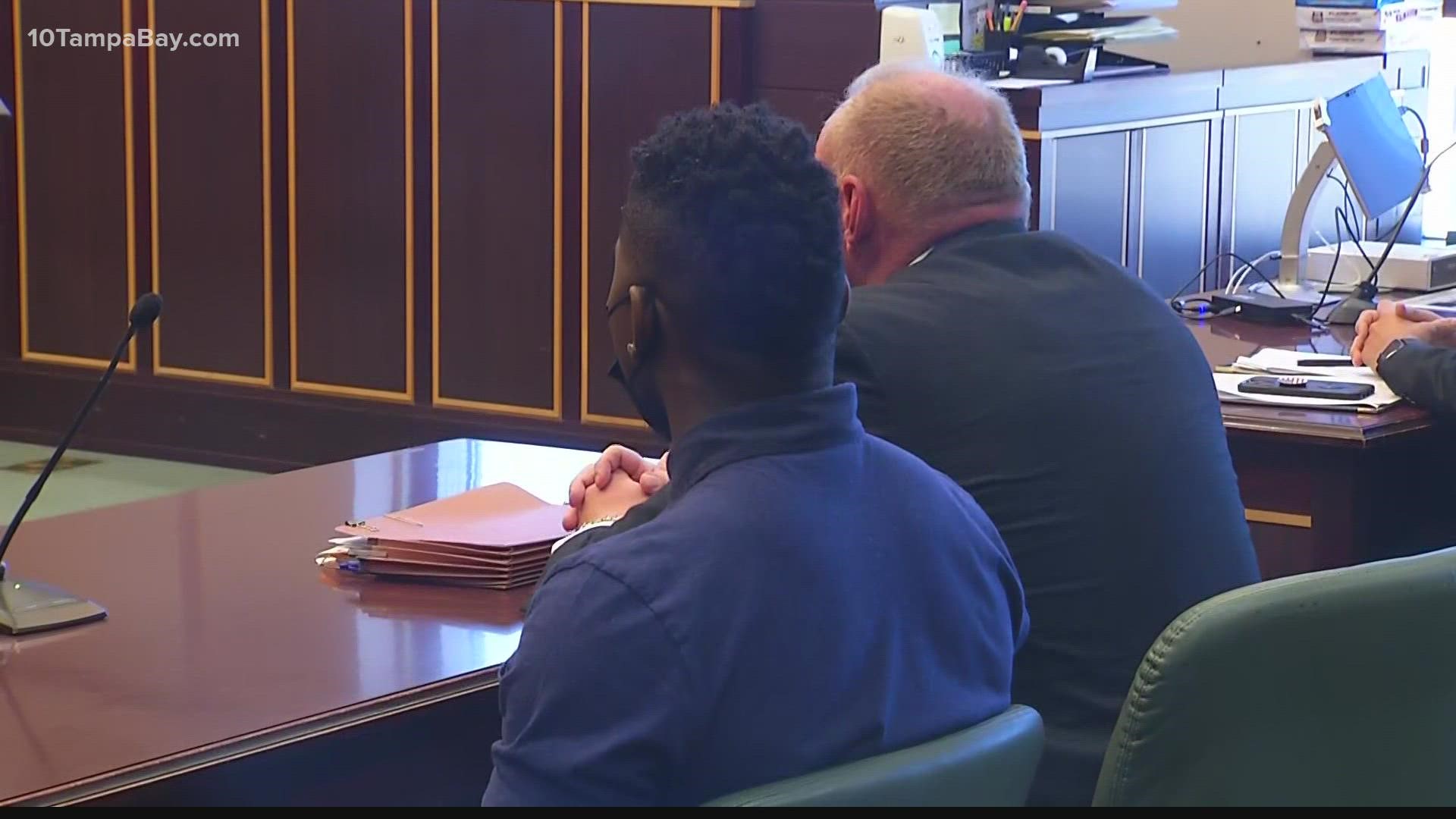 ORLANDO, Fla. — Editor's Note: The video in the player above is from when Zac Stacy was arrested.

A judge ruled Wednesday that the bond for former NFL player Zac Stacy, who was seen on camera physically assaulting his ex-girlfriend, will not be increased despite her plea.

Modifications instead were made to Stacy's release which already included an order for him to not have any contact with ex-girlfriend Kristin Evans, who earlier identified herself though a publicist, or possess any firearms. The judge also asked him to surrender his passport.

The former NFL player will now be unable to step foot in the state of Florida unless he is appearing in court and must not live anywhere else than the Alabama address he provided unless his attorney files a motion, which then still needs a judge's approval.

Evans pushed the judge to have his bond increased from the original $10,150.

“I am afraid for my safety and for my children’s safety," Evans said during the bond hearing. Her attorney argued that Stacy is a "dangerous" and "violent" man and brought up that he fled the state after the attack.

In court, Stacy said the home where he plans to stay belongs to his mother and that his younger brother lives there, too. He informed the judge that, to his knowledge, there are no weapons kept in the home.

Outside of being able to collect his belongings at his Florida lease, Stacy added that he does not plan to return to the location. He will also enter into a 30-day program in Colorado starting Dec.1.

Stacy was arrested last week by police when a flight he was on landed in the Orlando area. It was days after TMZ published a video that showed him attacking the mother of his child in front of their baby son.

In the video TMZ published, Stacy appears to hit Evans as she begs him to stop. The footage was taken inside what TMZ says is his ex-girlfriend's home near Orlando. It seems to show 30-year-old Stacy grab her off a couch and slam her into a flat-screen TV, which proceeds to tumble down onto her as she is on the ground.

According to law enforcement, it happened in Orange County, Florida.

The Oakland Police Department said its officers responded to a domestic disturbance around 2:30 p.m. on Nov. 13. The agency said police were at the home within two minutes and identified Stacy as the suspect.

In an affidavit obtained by 10 Tampa Bay, investigators describe finding a remote broken on the floor and food spilled all over the living room. The baby's bouncy chair was discovered knocked over and broken, authorities added.

According to the affidavit, Evans was allowing Stacy to visit that afternoon as an olive branch during their mediation. They were eating a late breakfast around 2:20 p.m. when an argument began, the affidavit said.

It was then that Stacy picked her up like a "rag doll" and threw her against the 65-inch TV, according to authorities. When he was done, investigators say he walked out the front door. She called 911. She was later treated at the hospital.

Evans filed a protective order on Nov. 15. It was signed by a judge the following day with the intention of having it served to Stacy. Evans, through a publicist, said Stacy brutally assaulted her inside her home – doing so in front of their 5-month-old son while her 12-year-old daughter was in a nearby bedroom.

"Our safety is the number one concern right now," she wrote at the time. "After a terrifying experience, I am grateful that Zac Stacy is currently in police custody. At present, I have filed a restraining order and plan on filing a civil complaint."

Editor's note: 10 Tampa Bay does not typically identify survivors in stories that reference video or allegations of domestic abuse. In this case, we are doing so because Ms. Evans has publicly identified herself through a spokesperson. 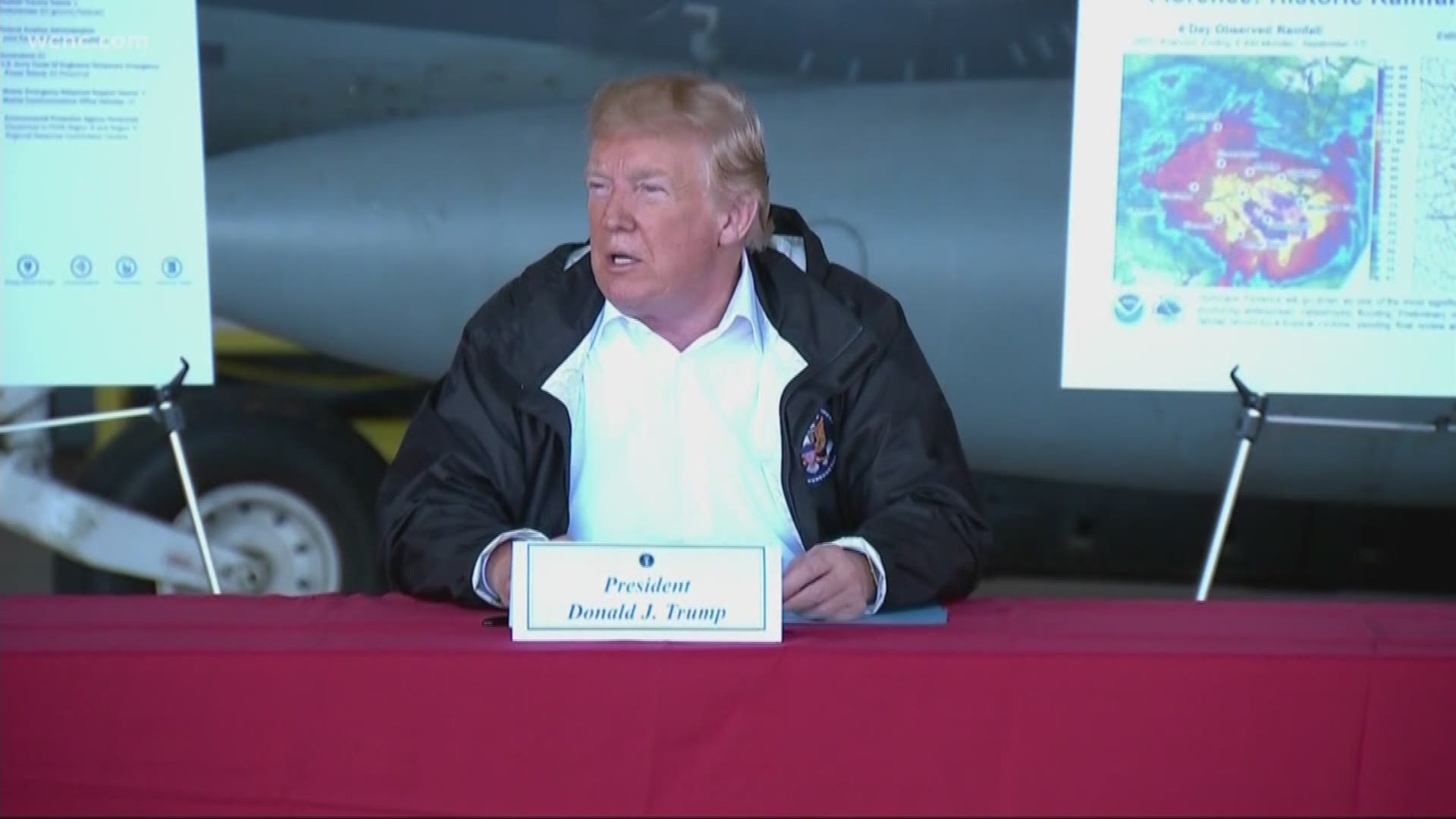 Trump: 'We will be 100 percent' with storm victims