If Norwegian goes through with the move, the cruise line could take thousands of jobs with it. 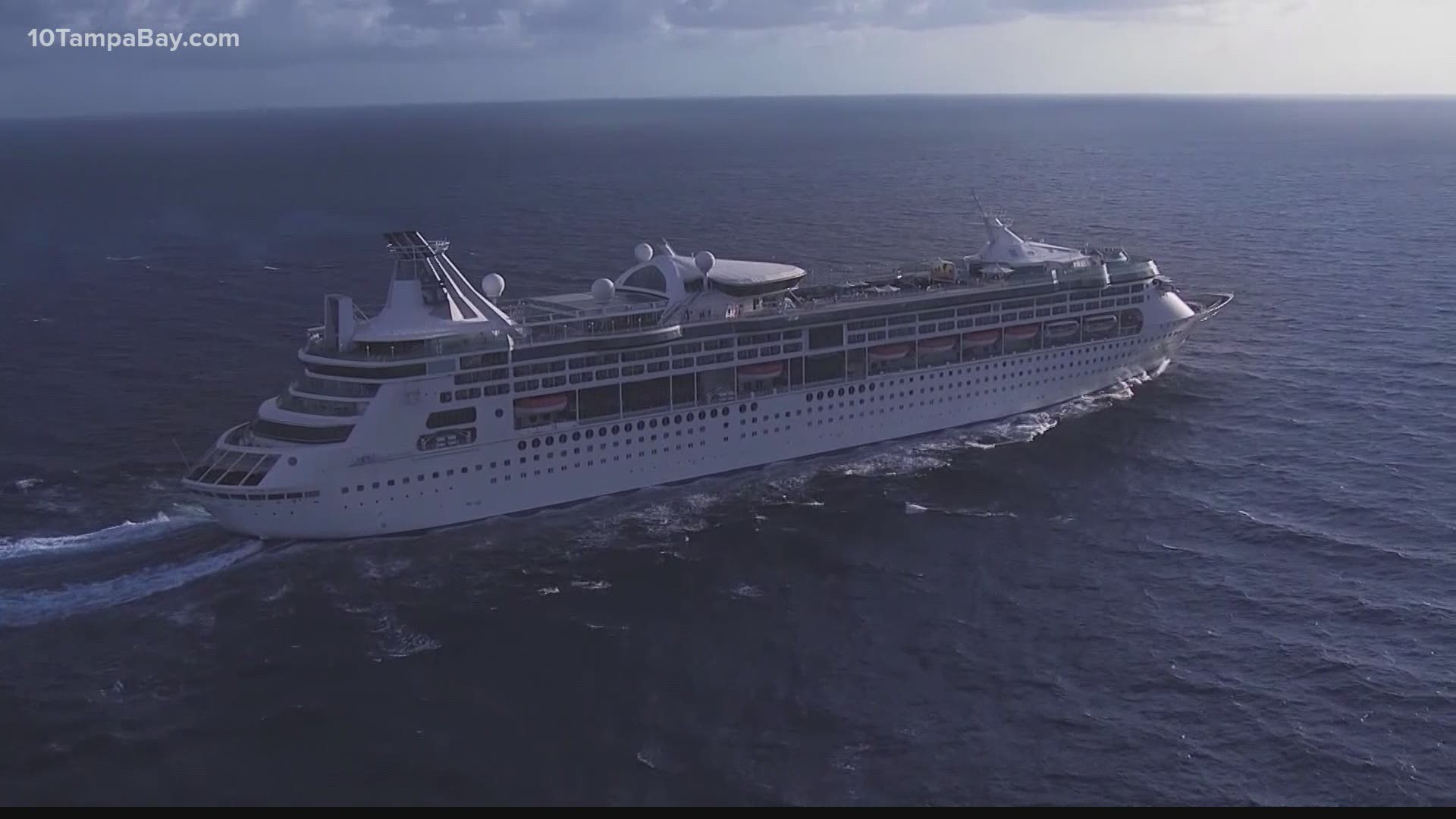 MIAMI — Norwegian Cruise Lines is at odds with Gov. Ron DeSantis over proof of COVID-19 vaccinations.

The governor signed a law banning companies from requiring people to show proof of inoculations in Florida. But new guidance from the Centers for Disease Control and Prevention is asking cruise lines to show that 98 percent of the crew and 95 percent of passengers are vaccinated.

"It is a classic state vs. federal government issue," Del Rio said in an earnings call Thursday. "We hope that this doesn't become a political football."

Del Rio said Norwegian is still having discussions with the governor's office but that he's not ruling out pulling Norwegian ships out of Florida.

"We certainly hope that doesn’t come to that," Del Rio said. "Everyone wants to operate out of Florida... but it is an issue, we can't ignore it. We hope that everyone pushes forward in a safe manner."

Florida Governor Ron DeSantis has previously said vaccinations can safely be left up to passengers.

“There are other cruise lines that are operating in other parts of the world right now in areas where they don’t even have vaccines available, much less the ability to do a passport,” DeSantis said.

Del Rio was quick to point to investors, Norwegian does not want to lose the Florida market, but says safety will come first.

“Everyone wants to operate out of Florida. It’s a very lucrative market-- it’s a close drive market, but we can’t ignore [the new law.]

Gene Sloan covers the cruise industry for the PointsGuy.com.

“If it comes down to the state saying you can’t do this and the courts land on the side of the state-- they’re going to leave,” said Sloan.

While it appears both sides remain unwilling to budge on their positions, he says it’s hard to imagine Florida allowing the cruise ships to go elsewhere.

“The cruise industry pumps billions of dollars into the state of Florida,” said Sloan. “We’re talking about tens of thousands of jobs. There is a sense in the industry that they’re going to be able to sail, but it’s not 100 percent.”

The cruise industry received detailed instructions on Wednesday for how to conduct test cruises – a key step in restarting voyages from U.S. ports.

The simulated voyages are part of the framework the CDC created for cruises to resume operations across the country. If 98 percent of a ship's crew is not fully vaccinated, then it would be required to conduct one of these test cruises with volunteer passengers.

A ship can only carry 10 percent of the total passenger capacity allowed by the ports it's visiting. Those passengers must be 18 years or older and agree to COVID-19 testing prior to participating.

A volunteer who hasn't been vaccinated must confirm they are not at risk of spreading the virus. The test cruise would be canceled if 1.5 percent of COVID cases are detected among passengers, or if 1 percent of the crew has contracted the virus.

The CDC has kept a no sail order in place for over a year. Florida ports and terminals have been empty and shut down since last March.

"Beginning July 1, Florida law will prohibit vaccine passports. Until then, we expect all government and private entities to abide by the Governor’s executive order banning vaccine passports," a spokesperson with Gov. DeSantis' office said in a statement to 10 Tampa Bay.

"Passengers have been able to safely cruise from international ports for months without being required to divulge their personal COVID vaccination status. As soon as the CDC ends its unconstitutional prohibition on cruising, passengers will be able to do the same from Florida ports," the statement concluded.