The controlled explosion tests whether the ship can meet "harsh conditions they might encounter in battle," the Navy said. 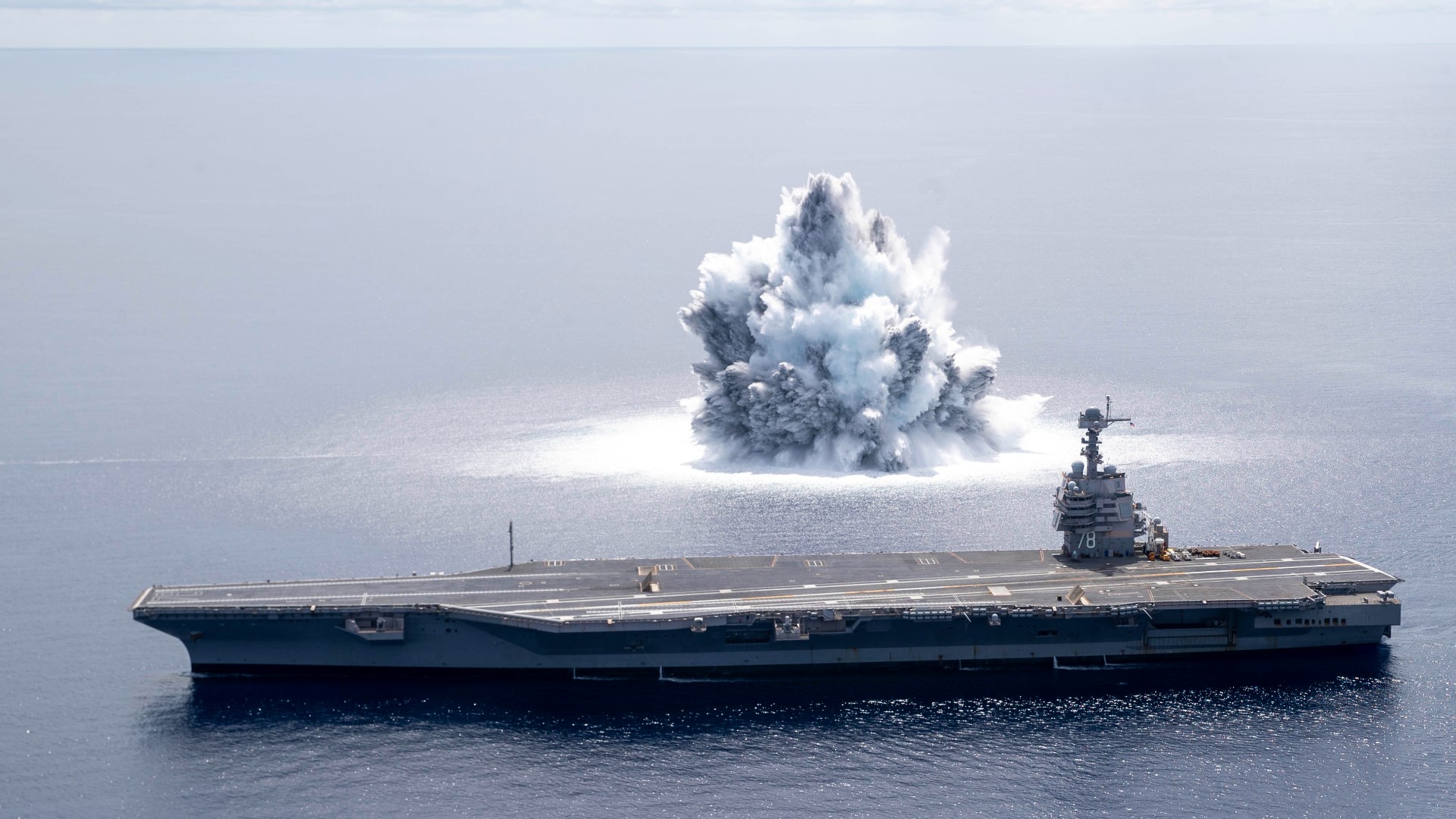 The blast was so large that it registered Friday as a magnitude 3.9 some 105 miles east-northeast of Ponce Inlet, Florida, according to the U.S. Geological Survey. But it wasn't an earthquake, and it wasn't random.

Instead, the U.S. Navy is calling the explosion a successful full ship shock trial performed against the USS Gerald R. Ford.

The ship was hit with the shockwave of thousands of pounds of explosives to test whether it could hold up if it were used in an actual battle, USNI News reports. Video of the event shows the sudden shockwave shooting across the Atlantic Ocean, followed by the sea shooting up toward the sky.

All the while, the ship stays still but feels the full effect of the shock.

"The first-in-class aircraft carrier was designed using advanced computer modeling methods, testing, and analysis to ensure the ship is hardened to withstand battle conditions, and these shock trials provide data used in validating the shock hardness of the ship," the Navy said in a statement.

It says trials are being conducted "within a narrow schedule that complies with environmental mitigation requirements, respecting known migration patterns of marine life in the test area."

Ever wonder what a 40,000 pound explosive looks like from the bridge wing of a @USNavy aircraft carrier?

According to the USGS, the controlled blast was so far away from land only a handful of people in Florida actually reported feeling it.