Star Wars: Galaxy's Edge opens next week at Disney World, and the parks will celebrate 50 years in 2021. 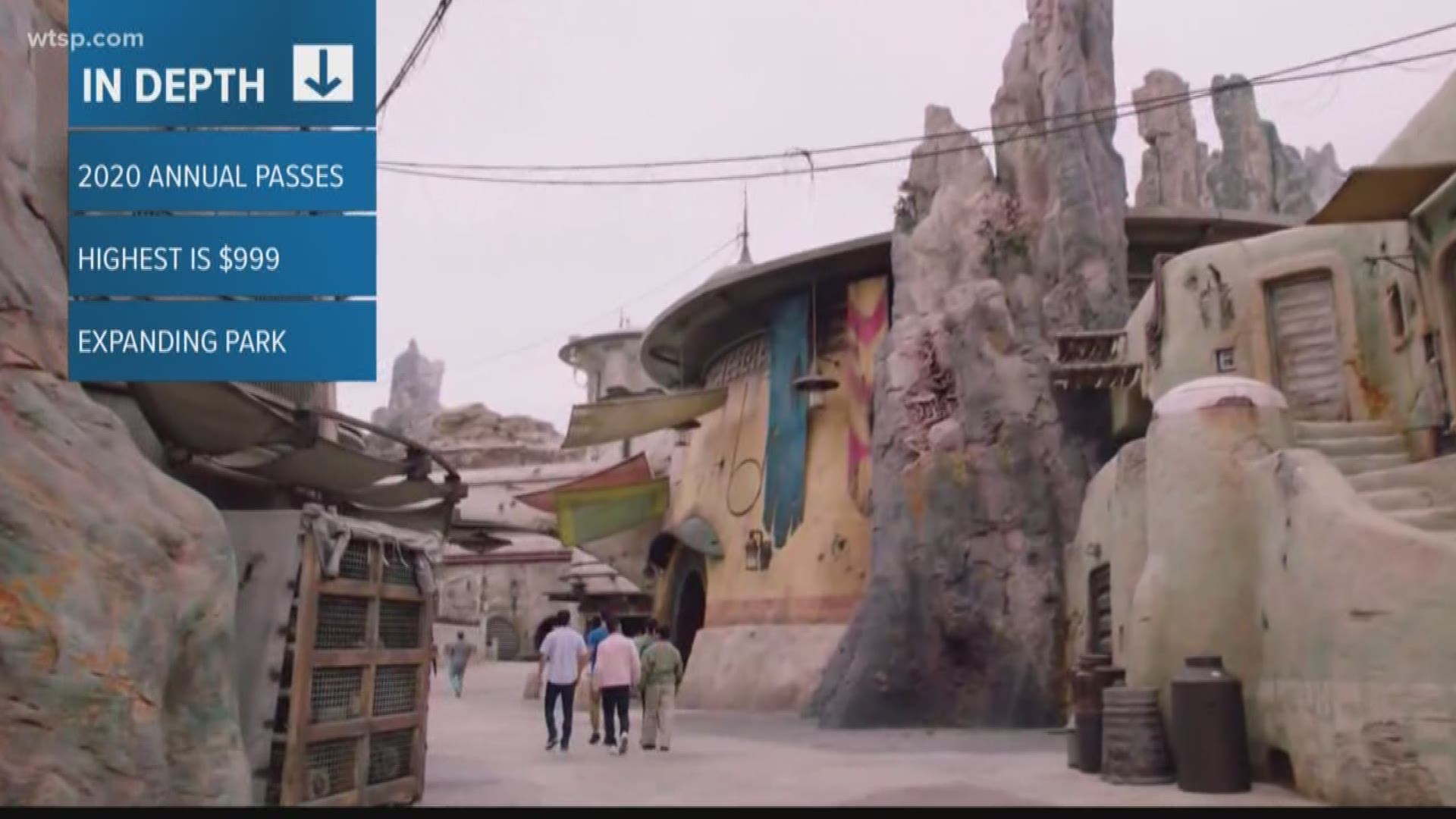 One week before it opens its biggest theme park expansion yet, Disney announced several projects coming to its theme parks by 2021.

Just in time for the opening of Star Wars: Galaxy’s Edge next week, Disney revealed new details about some of the things coming to its Florida parks. The company announced last year it would bring a Star Wars-themed hotel to Disney, but during the D23 convention Thursday night, Disney revealed the resort’s future setting and theme.

The Star Wars: Galactic Starcruiser resort will be a “two-night adventure” that will make guests feel as if they're aboard a glamorous spaceship in a galaxy far, far away. The starship will be called the Halcyon.

Onboard, guests will get to interact with characters and get their own role in a “galactic journey.” Previously, Parks and Resorts Chairman Bob Chapek said you’ll “become a citizen of the galaxy and experience all that entails, including dressing up in the proper attire.”

RELATED: 'Star Wars: Rise of the Resistance' ride to open in December at Disney World

Over at Epcot, Disney said the park is undergoing a multi-year reinvention ahead of Disney World’s 50th anniversary. Some of the new attractions coming include a Guardians of the Galaxy roller coaster and a ride themed after Ratatouille in the France pavilion.

On Thursday, Disney announced the “Journey of Water” attraction inspired by the animated film Moana. It’s set to be an interactive nature trail.

Epcot’s Odyssey Events Pavilion will also get Walt Disney Imagineering presents the Epcot Experience. Disney said, “guests will discover engaging and interactive exhibits that allow you to step inside the relentless innovation, energy and excitement...driving the future of Epcot.”