The letter contained the president's tweets, statements and public comments on impeachment. 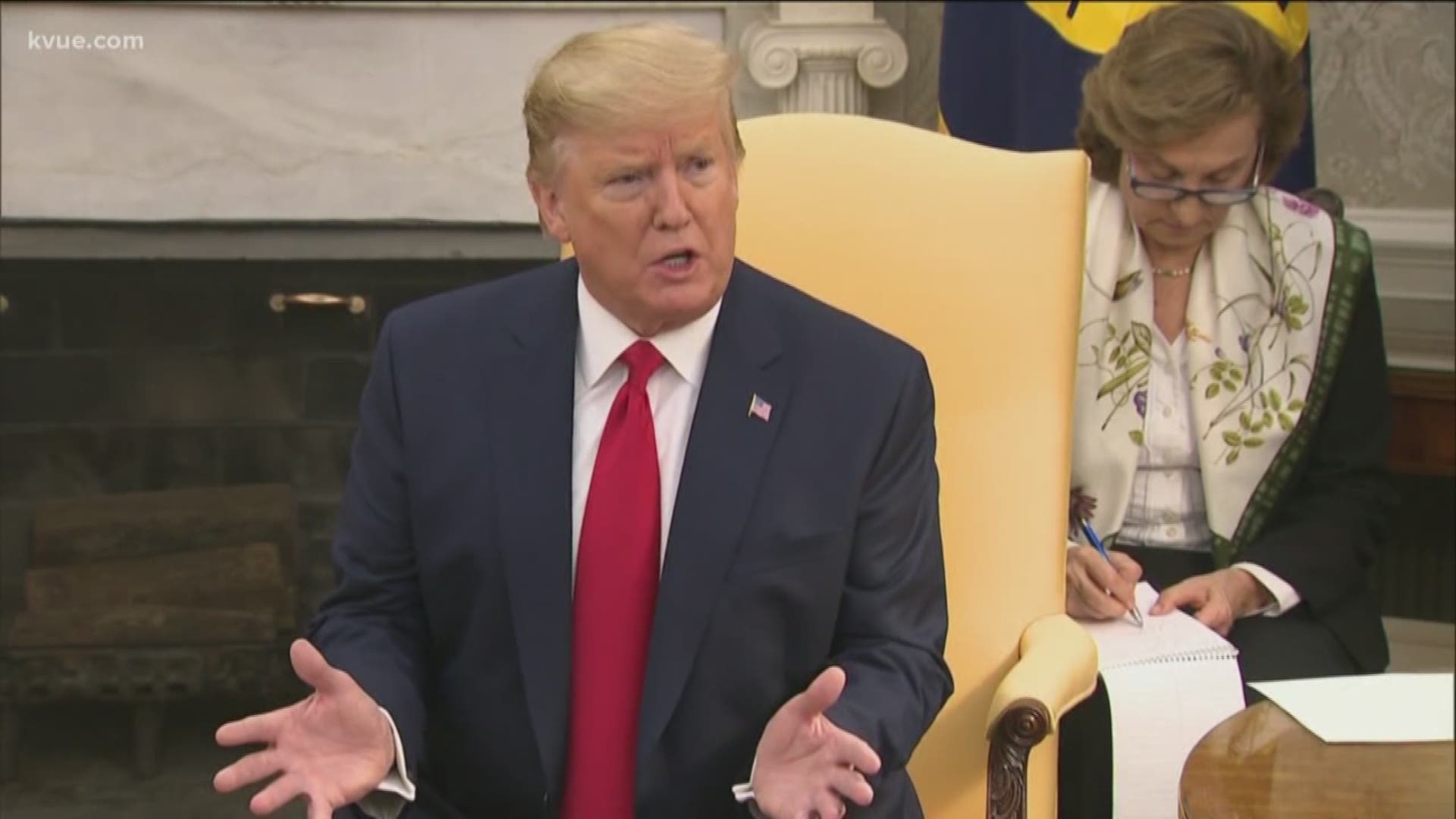 AUSTIN, Texas — As President Donald Trump and the White House prepare for a looming vote by the U.S. House of Representatives to impeach, the president made a last-ditch effort – sending a six-page letter to Speaker Nancy Pelosi containing the president's tweets, statements and public comments on impeachment.

In the letter, the president acknowledged it likely won't sway the leader of the House, but wrote:

"I write this letter to you for the purpose of history and to put my thoughts on a permanent and indelible record."

President Trump also addressed the impending vote to reporters just before meeting with the President of Guatemala.

"Nothing said wrong in that call," the president said. "To impeach the President of the United States for that is a disgrace and a mark on our country."

Americans are divided on the move by Democrats. A new ABC News/Washington Post poll found the public is almost evenly split on whether or not the president should be impeached and removed from office.

Pro-impeachment rallies happening in Austin on eve of House vote

At the Texas Capitol Tuesday, a few Austin-area Democratic congressional candidates and others attended a rally supporting the president's impeachment. A member of the far-right InfoWars crashed the rally and interrupted a speaker. DPS Troopers removed him.

"The behavior in the House has reached a new low," Cruz told the crowd.

But Democrats argue they must stand up for what is right and send a message to the President.

The House is excepted to vote to impeach President Donald Trump on Wednesday. The articles will then be sent to the Senate for a hearing, where all 100 Senators will serve as jurors. Senator Cruz said he expects the hearing to start Jan. 6 – and it could last two to six weeks.

WATCH: U.S. House of Representatives to vote on Articles of Impeachment