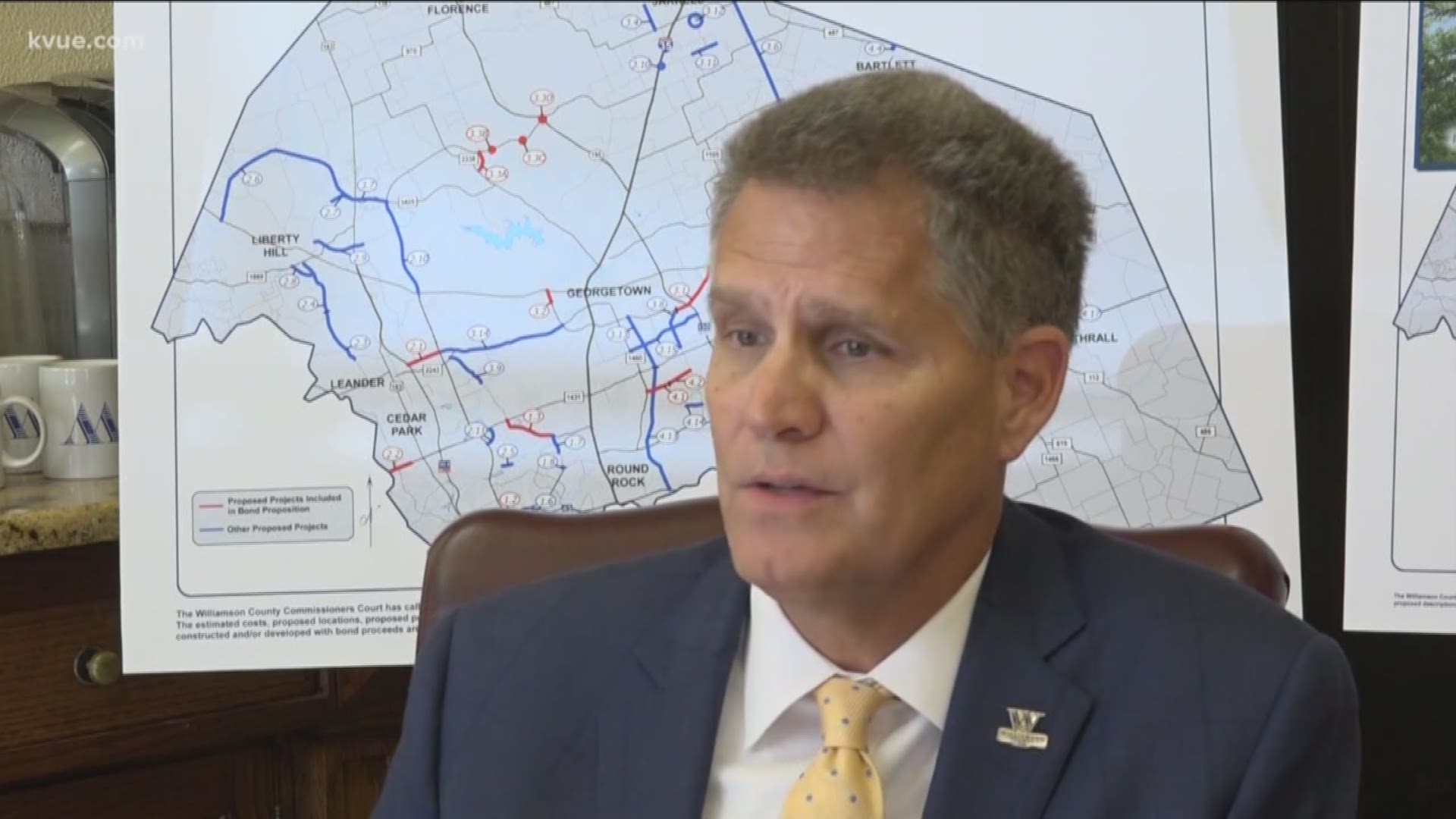 GEORGETOWN, Texas — This November, voters in Williamson County will get to approve or reject $447 million for road and park improvements.

The county said it plans to pay back the bonds with its growing tax base.

"For example, this past year we added $5.8 billion worth of new appraised property value to the tax rolls," said Gravell. "It's with that continued rapid growth that we're seeing here in Central Texas and Williamson County that we're able to offset the additional cost for road bond package and parks package."

RELATED: What the Beep: Why does Jollyville Road suddenly stop?

The last bond election Wilco voters approved for roads was in 2013.

The deadline to register to vote in this election is Monday, Oct. 7.
Road projects include:

Parks that would be improved include Berry Springs Park, the new River Ranch Park. The Williamson County Expo Center would also be updated.

These proposed projects are subject to change.

For more information on the bond election and what is included visit the county's website.