The former state senator is running for office for the first time since her unsuccessful campaign for Texas governor. 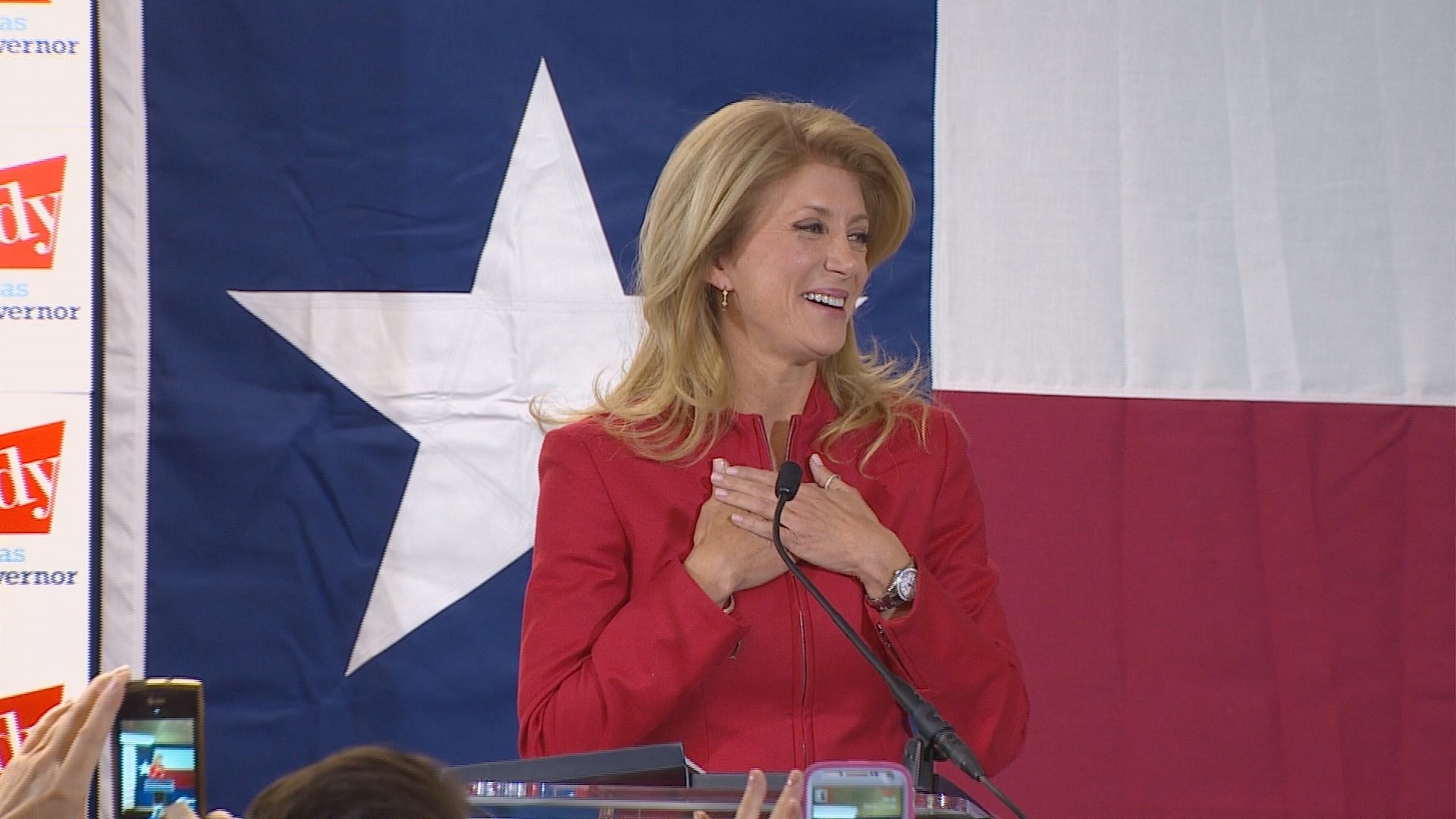 She made her intentions known in a biographical video, narrated in part with archival footage from her late father, Jerry Russell.

"I'm running for Congress because people's voices are still being silenced," she said. "I'm running for our children and grandchildren, so they can live and love and fight for change themselves."

The potential Davis-Roy matchup is likely to be among the most polarizing races the state has seen in recent years. Davis is a fierce national advocate for abortion rights, while Roy has built his reputation in his first six months in Congress as a conservative firebrand.

Davis lives in Austin but spent much of her adult life in Fort Worth, where she served on the City Council and in the state Senate. In 2013, Davis became a national figure when she filibustered an omnibus anti-abortion bill. Later that fall, she announced her campaign for Texas governor. Despite strong fundraising, she lost to Republican Greg Abbott by over 20 percentage points.

"Even in losing, we helped shape the future," she said in the video.

After moving to Austin several years ago, she started an organization called Deeds Not Words, campaigned around the country for Hillary Clinton and remained involved in state and national politics. Earlier this year, she mulled a run for U.S. Senate. National Democrats anticipate she will be a powerhouse fundraiser.

As for Roy, he had a healthy second fundraising quarter this year, raising over $400,000 and reported over $650,000 in cash on hand. He is a longtime fixture in Texas Republican politics, serving as a staffer to both U.S. Sen. Ted Cruz and state Attorney General Ken Paxton. In his first six months in Congress, he has had a knack for upending legislative procedure.

The 21st District begins in Austin, taking in neighborhoods on the south and southwest sides of town. It then runs south along the western side of Interstate 35 into San Antonio's northern neighborhoods and into Alamo Heights. It then juts out west into the Hill Country, taking in Fredericksburg and Kerrville.

The district's previous incumbent, former U.S. Rep. Lamar Smith, easily carried the seat to a Republican victory. In his final race in 2016, he won re-election by 21 points. But in that same year, Hillary Clinton outperformed Barack Obama's previous margins. In 2018, Democrat Joseph Kopser came within three points of Roy.

Davis isn't alone in seeking to challenge Roy. Llano County Democratic Chairwoman Jennie Lou Leeder and educator Bruce Boville are among Democratic candidates who have filed Federal Election Commission finance reports. But there is little doubt that Davis will have the backing of important state and national Democrats. On Tuesday, nearly every member of House Democratic leadership and nine members of the Texas delegation will host a reception in Washington, D.C. for the newly announced candidate.

This story originally appeared on The Texas Tribune. To read this article in its original format, go here.