'Pretty much everything is different' | Expect changes at the ballot box this year, officials say

Williamson and Hays County election officials announced changes this week to the voting process to accommodate the COVID-19 pandemic and more ballots by mail. 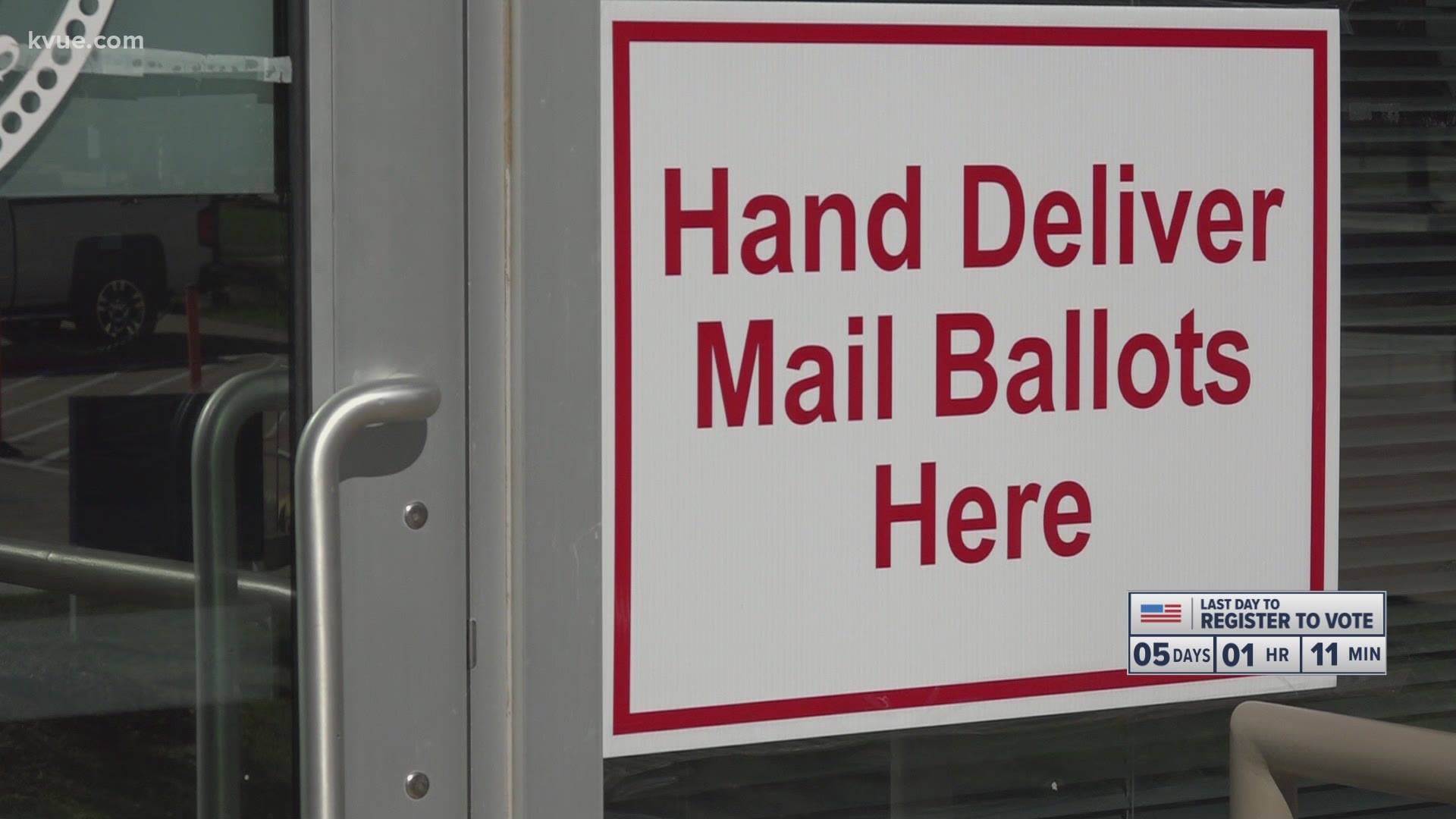 SAN MARCOS, Texas — With only a little over a month until Election Day 2020, Williamson County and Hays County election administrators announced changes to make sure all mail-in ballots are counted correctly and people feel safe to vote during the COVID-19 pandemic.

Hays County started sending out mail-in ballots on Sept. 18. Since then, they have received more than 1,000 of those ballots through the mail. Four-hundred of them have been turned into the elections office in person.

In years past, elections rules said voters could only hand-deliver mail-in ballots on Election Day. This year, Gov. Greg Abbott lifted that rule, allowing for mail-in ballots to be hand-delivered by the voter any day until Election Day. Before the rule was lifted, Anderson said her office maybe received 20 ballots from voters handing in a ballot they requested in the mail.

"We're welcoming that," Anderson said. "We're OK with that change. We actually think it's a good thing. As long as people do it now rather than later and delivering that many ballots on Election Day."

This year the mail-in voting process has come under scrutiny: will it be effective? Efficient? Trustworthy? The Hays...

"The social distancing of voting machines that we have in the polling place, the expectation to have social distancing in the line of voters, the offering of curbside voting that we have at our polling places," said Chris Davis, the election administrator for Williamson County. "If there are voters that show up with any kind of symptoms or express any kind of concern about their health, they're going to be able to vote at the curb in their vehicle."

Both Davis and Anderson want people to wear masks while voting in-person as well but acknowledged that is not required.

"While we require and recommend voters wear a mask at the polling place, they will not be required to by law," Davis said. "We hope all voters do. We really request that voters consider of others and of these poll workers that are working innumerable hours and days for this election."

As the pandemic rolls on across the country, election officials are seeing record numbers of mail-in ballot requests. Based on those requests, Anderson believes more people will be voting in general. Typically, mail-in ballots would be a little less than 10% of all voters in Hays County.

To help with registration, sending ballots and receiving ballots, Hays County has brought in a couple of early voting clerks.

"They are accepting this ballot for us so that we can prepare for in-person voting and keep getting those ballots out," Anderson said. "They're nesting our kits for us, they're taking registrations, they're taking those hand-delivered ballots for us."

WATCH: What form of ID do you need to vote?