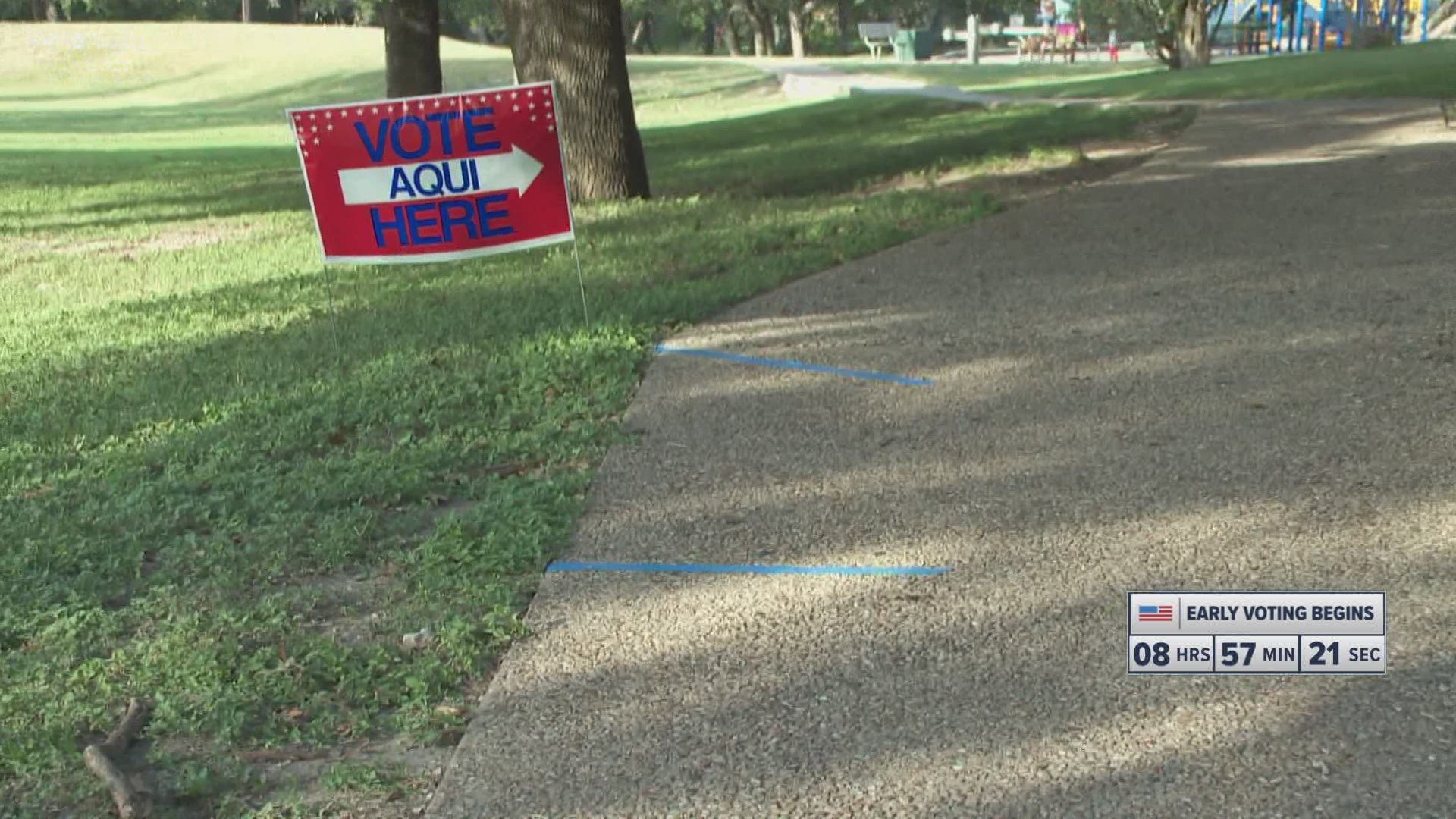 AUSTIN, Texas — Beginning Tuesday, Travis County will have 37 polling locations available for people to cast their ballots during early voting for the November election.

That's the most early voting polling locations the county has ever had, according to Travis County Clerk Dana DeBeauvoir.

The locations include new ones, like hotel ballrooms, a yoga studio and the Austin Central Library. These new locations offer more space for social distancing.

Because of all of these options, she's not expecting long lines. But in case some do form, there will be markers on the ground to help keep the distance.

In addition, voters are asked to wear masks, but wearing one isn't required. It's just one precaution election officials are taking to keep everyone safe.

"We don't ask voters to touch anything. They'll have a little plastic covering over their finger to sign the poll book and then they'll have a popsicle stick to make their choices on the ballot marking device," DeBeauvoir said.

Like in other elections, voters will be able to see the wait times on the county's website. DeBeauvoir recommends you consider those times and the time of day before heading out to vote.

"First thing in the morning is everybody's getting ready to go to work, lunchtime for an errand, after five o'clock. All of those [times of day] are going to be a little bit busier than others," DeBeauvoir said.

Most polling locations will be open for early voting between Oct. 13 and Oct. 30 from 7 a.m. until 7 p.m. Monday through Thursday and noon until 6 p.m. on Sundays.

WATCH: Voting in Texas: What form of ID do you need to vote?