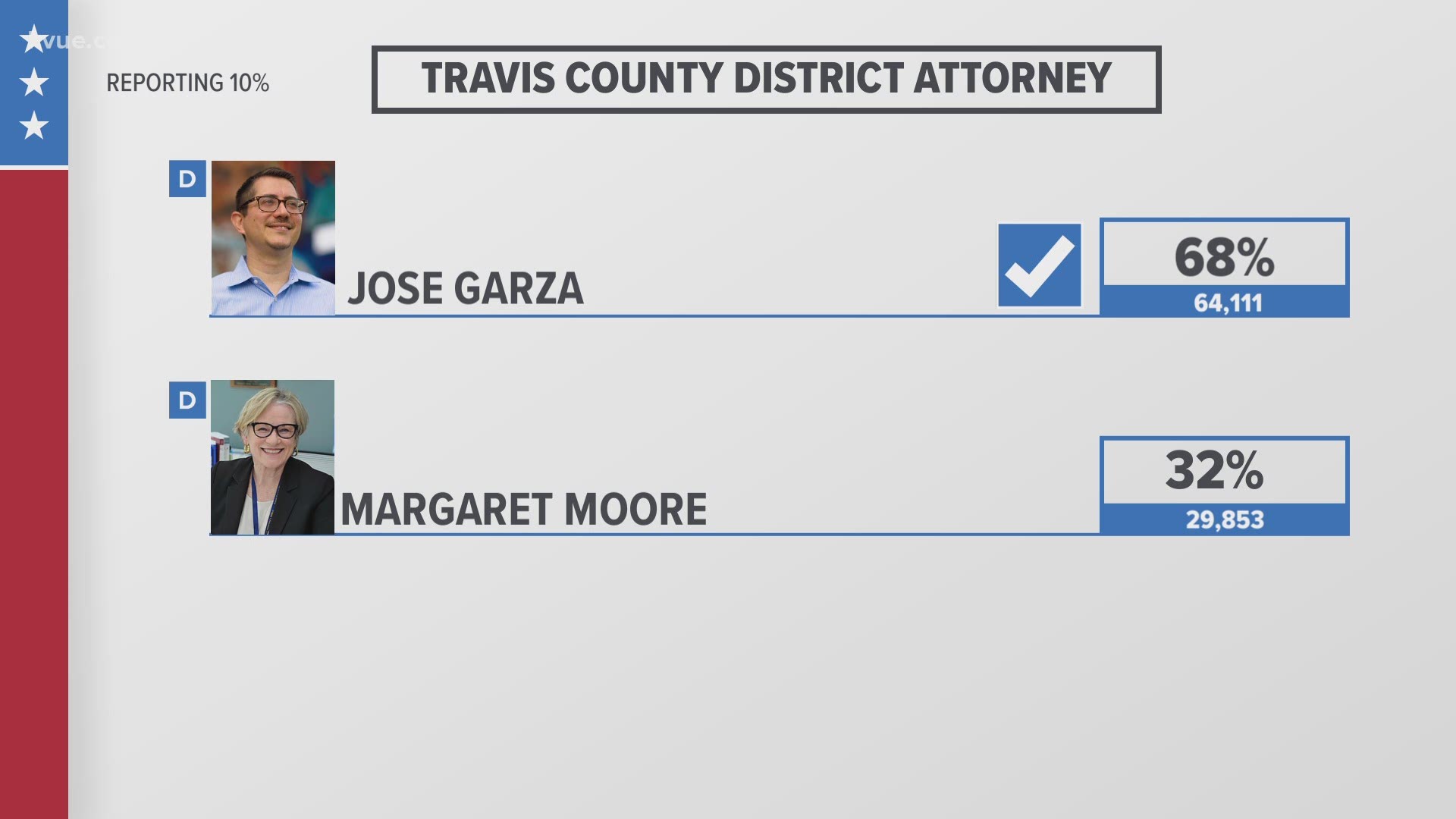 Garza won 70% of the vote against Harry.

Garza inherits a seat currently held by fellow Democrat Margaret Moore, whose term was often criticized as multiple lawsuits were filed by survivors against her office over the way it handled sexual assault cases. Moore conceded to Garza after the July election.

Garza currently serves as an executive director for the Workers Defense Project, which has worked for criminal justice reform in Travis County, paid sick leave policies and advocated for the creation of a public defender office.

He now lives in Austin with his wife, Kate, and two young children.

Harry earned a Bachelor of Arts degree from the University of Missouri – St. Louis and a Juris Doctor degree from Southern Illinois University at Carbondale, Illinois. In law school, he also served as an articles editor for the SIU Law Journal.