"You can be prosecuted just for attempting to vote twice," said Travis County Clerk Dana DeBeauvoir. "This is a very serious Texas law." 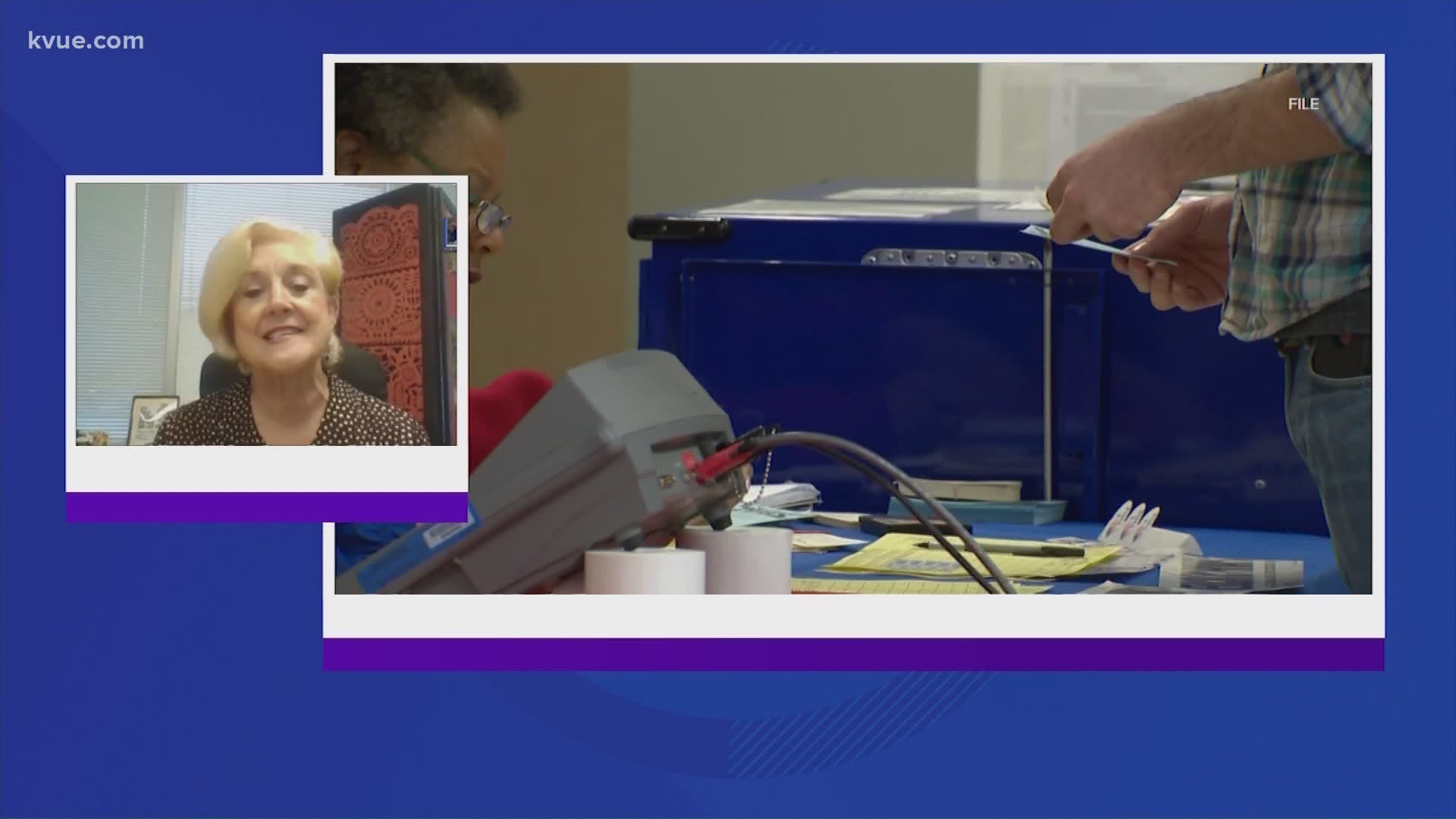 AUSTIN, Texas — There's a lot of talk about mail-in voting this election cycle, and we want to separate the fact from the fiction. KVUE sat down with Travis County Clerk Dana DeBeauvoir.

KVUE: Dana, first, we've seen politicians try to make a distinction between absentee voting and mail-in voting. So, is there a difference in some states?

De Beauvoir: There is, but in Texas, there's no difference at all. Texas only offers the traditional absentee voting, which means you have to have a reason. You have to be over 65, eligible for a disability ballot, in jail but not convicted or out of the county for the entire voting period.

KVUE: And those absentee ballots, again, are done through the mail. Correct?

De Beauvoir: Correct. Yes. Yes. And the post office has had trouble. They made the decision to take away the envelope processing machines. There's a really bad idea. And they said, the Postal Service said, that they did it because they have so many fewer letters these days, the packages. Well, that might have been fine on every other day. But on the election calendar, we are expecting 100 million votes during the early voting period through Election Day. That was not the volume to try to say, 'Well, we don't really have any numbers.' The post office is going to have trouble and it's important on voters to not delay. They want to vote by mail. Mark your ballot as soon as you get it and send it back in immediately to the post office later.

KVUE: All right. You know, we recently heard the president encourage people to try to vote twice, which we want to point out, casting more than one ballot in an election is illegal. But what processes are in place to make sure people can't vote twice?

De Beauvoir: Right. Well, holy cow, who would tell anybody to vote twice? All right. So if you do that twice, you will get caught, because when you first ask for about mail ballot, your name gets flagged on the voter registration roll as somebody who's receiving up on your ballot. And that flag stays with you all the way through the final canvass of the election about a week after Election Day. So what we want to tell voters is if you want to check to see the status of your ballot, you're welcome to call the county clerk at 512-238-VOTE close to the election, or we're trying to develop an in-house system that the voters can look up for themselves. And please stay tuned for more details on that. We do want voters to be able to check that. If for some reason you can't get it done yourself, call us and we'll tell you. You don't have to go and attempt a felony in order to determine if your ballot by mail is being received by us.

KVUE: Right, and if you try to go to a polling location on Election Day or early voting, you will be turned away essentially if you had a mail-in ballot sent to you. Correct?

De Beauvoir: Yes, absolutely. But you can be prosecuted just for attempting to vote twice. It depends on your circumstances. So this is a very serious Texas law. I can't imagine why anybody would tell a voter to that place. It's just incomprehensible.

Trump tweets Stars and Stripes newspaper won't be shut down, despite Pentagon orders