The Backstory: How Travis and surrounding counties voted for US presidents in the past

Looking back at 25 years of presidential elections, has Travis County always been reliably Democrat? 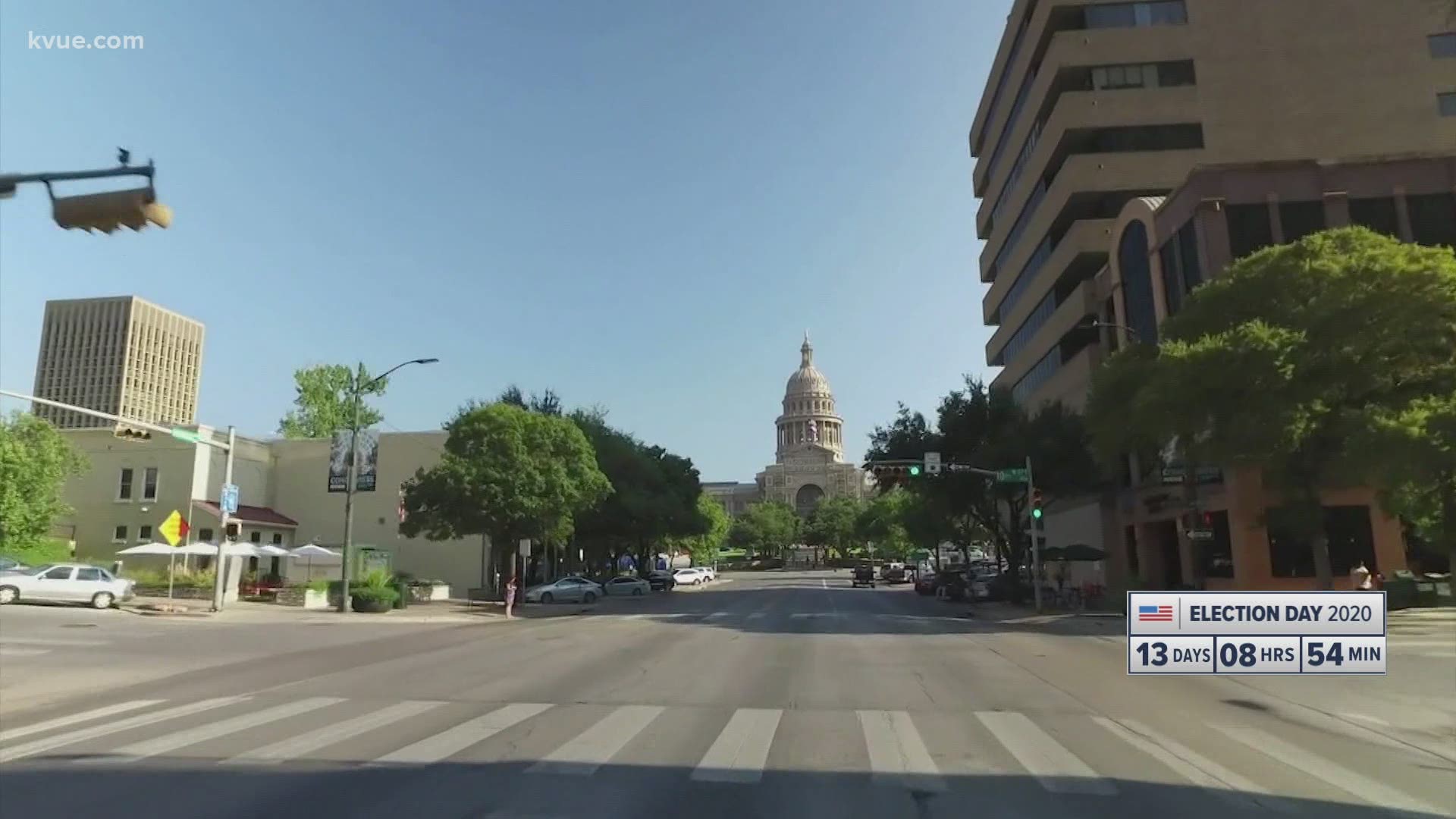 AUSTIN, Texas — For decades, voters in Travis County have generally favored the Democratic candidate over the Republican. But that hasn't always been the case.

In fact, over the past 25 years, there was one time when Travis County voters cast more votes for the Republican nominee than for the Democrat. That was in 2000 when Texas Gov. George W. Bush won his first election for president.

However, when President Bush ran for re-election in 2004, more people in Travis County voted for Democratic challenger John Kerry than native son Bush, even though he won re-election easily.

In 2016, Travis County voters clearly favored Hillary Clinton over Donald Trump by a nearly 39% margin. And it was close in Hays County, where Trump won by a slim 0.8% margin over Clinton.

But in the 10 other counties in our KVUE viewing area, Republicans have consistently held the edge.

President Trump won by a 10% margin in Williamson County in 2016, by 16% in Caldwell County and by a 20% margin in Bastrop County. And the margins in Trump’s favor were even greater in the less populous counties in Central Texas and the surrounding Hill Country.

Can we make any predictions about how the Central Texas presidential vote will go in 2020?

Of course, this year is a lot different than 2016: the pandemic, a different candidate on the Democratic side, an incumbent candidate running on the record of his previous four years in the office, plus other factors. But if the 25-year record of presidential voting in our piece of Texas holds up, it’s safe to assume that smaller counties in our region will vote Republican.

And in those counties where the margin between the Democratic and Republican presidential vote was closer in 2016: As they say, that’s where the action will be on Nov. 3.

WATCH: The history of presidential picks in Central Texas