The Texas Democrats filed a lawsuit in March asking that a judge expand mail-in voting access amid COVID-19. Since then, the issue has been in and out court. 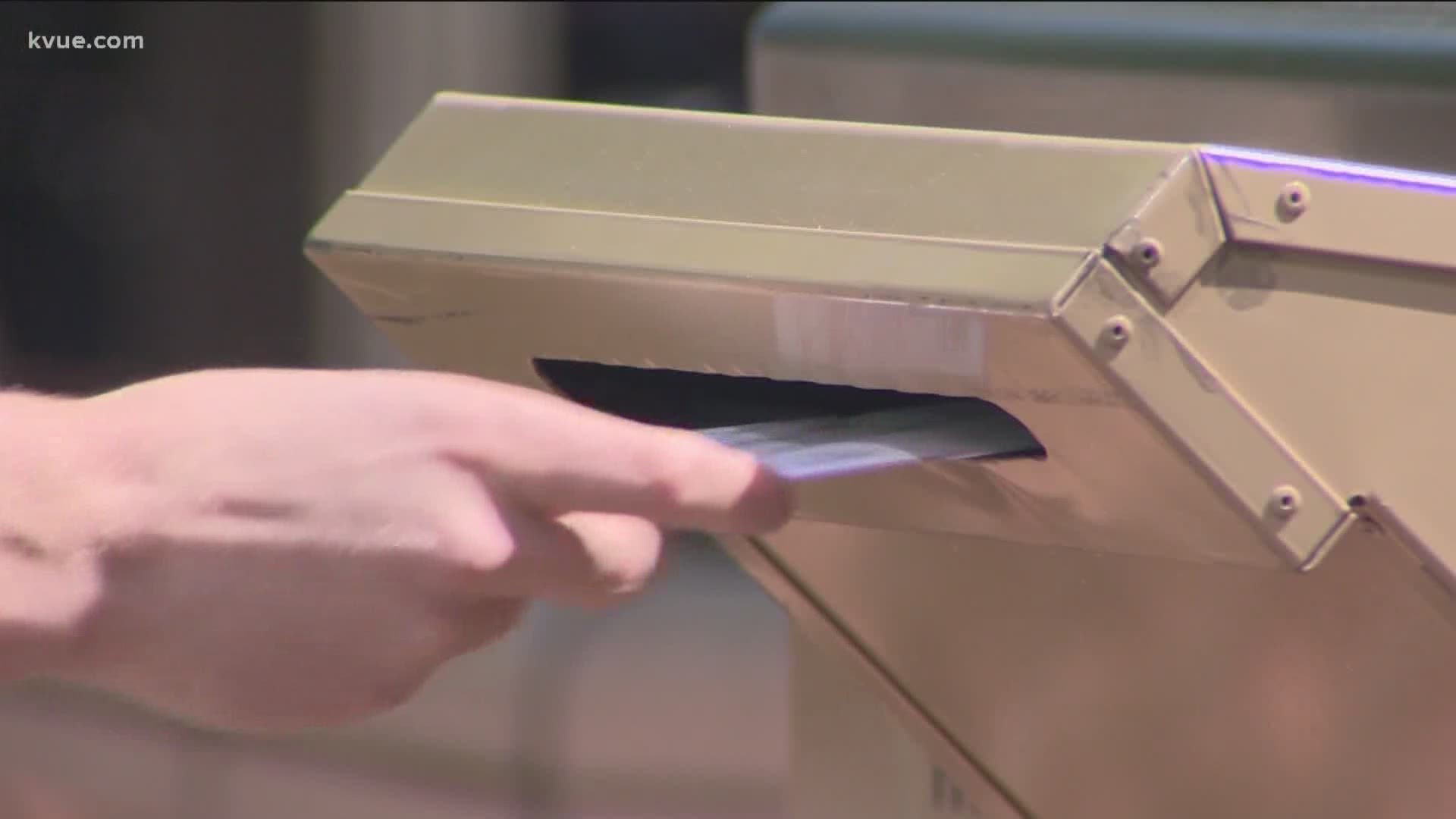 AUSTIN, Texas — The July primary runoff election and special election for Texas Senate District 14 are just weeks away. And during this election, voters will face unique challenges as they try to remain safe practicing their civic duty amid the COVID-19 pandemic.

That challenge has led to an extensive legal battle over expanding mail-in voting in Texas.

As it stands, at least 32 other states allow voting by mail – but in Texas, you currently must be 65 years or older, have a disability or illness, be out of the county during the election period or be confined to jail to request an absentee ballot.

Some – namely the Texas Democrats – believe that voters should be allowed to vote by mail to prevent the risk of exposure to COVID-19, citing the section of the election code that qualifies voters as having a disability if they have a "sickness or physical condition" that prevents them from showing up at the voting booth without the likelihood of "injuring the voter's health."

In March, the Democrats filed a lawsuit asking that a judge declare that all Texas voters may request an absentee ballot amid the COVID-19 pandemic. Since then, the issue has been in and out of state and federal court, in a legal tennis match that's gotten a little confusing.

Here's a timeline of the ongoing battle:

The federal 5th Circuit Court of Appeals hears the Texas Democrats' case. No matter which way the judges rule, the ruling is expected to likely face an appeal in the U.S. Supreme Court.

The U.S. Supreme Court issues a one-line order denying Texas Democrats' effort to get a quick ruling on whether all Texas voters can vote by mail during the pandemic. The court's decision leaves in place Texas' current regulations for the July 14 primary runoff election, though the case could be back before the Supreme Court before November's general election.

The U.S. Supreme Court rejects an initial bid by state Democrats to expand voting by mail to all Texas voters while the coronavirus continues to spread through the state, according to a report from The Texas Tribune.

The Texas Democrats ask the U.S. Supreme Court to immediately lift the 5th U.S. Circuit Court of Appeals' block on a ruling that would allow all Texas voters to vote by mail amid the COVID-19 pandemic.

A three-judge panel of the U.S. 5th Circuit of the Appeals blocks a preliminary injunction by a U.S. district judge that would have allowed all Texas voters to qualify to vote by mail during the pandemic.

The panel granted an administrative stay, which stops U.S. District Judge Fred Biery's ruling from taking effect while the court considers if it will issue an injunction nullifying it during the entire appeals process. Biery's ruling was issued just the day before.

U.S. District Judge Fred Biery orders that Texas voters under the age of 65 who would not ordinarily qualify for a mail-in ballot would now be eligible because of undue burdens placed on all voters due to the pandemic.

RELATED: Federal judge says all Texas voters can apply to vote by mail during pandemic

Texas Attorney General Ken Paxton files a petition asking the Texas Supreme Court to overturn an order by a state appellate court issued the day before, which expanded mail-in voting.

A panel of the 14th Court of Appeals of Texas upholds a temporary order from a state district judge that could greatly expand the number of voters who qualify for mail-in ballots.

The panel voted 2-1 along party lines that it would let stand State District Judge Tim Sulak's ruling that susceptibility to COVID-19 counts as a disability under state election law and is a legally valid reason for Texas voters to request an absentee ballot.

State District Judge Tim Sulak signs an official order to allow voters to request a mail-in ballot during the pandemic by citing the disability qualification allowed in the Texas election code.

Travis County's tax assessor-collector and voter registrar says that voting by mail should be expanded, especially in a time when Texas voters are concerned about their health.

"I've long felt like if you want to vote by mail, you ought to be able to vote by mail," Bruce Elfant said. "I think that Texans who are concerned about their health, about them standing in long lines, need to talk to their legislators and the governor's office and the secretary of state."

RELATED: Calls for voting by mail in Texas increase as coronavirus crisis continues

The Austin City Council approves a measure that urges Gov. Greg Abbott and Texas Secretary of State Ruth Hughs "to protect the voting rights of all Texas voters and to protect the public health of all Texans by permitting voting by mail."

The Texas Democrats file a lawsuit in Travis County district court asking a judge to declare that a portion of the Texas election code allows voters to request a mail-in ballot that applies to any voter  "if they believe they should practice social distancing in order to hinder" the spread of COVID-19.

The lawsuit was filed on behalf of the Texas Democratic Party and two voters who would seek to vote by mail given the state of the pandemic.