The battle continues over whether voting by mail should be extended in Texas. 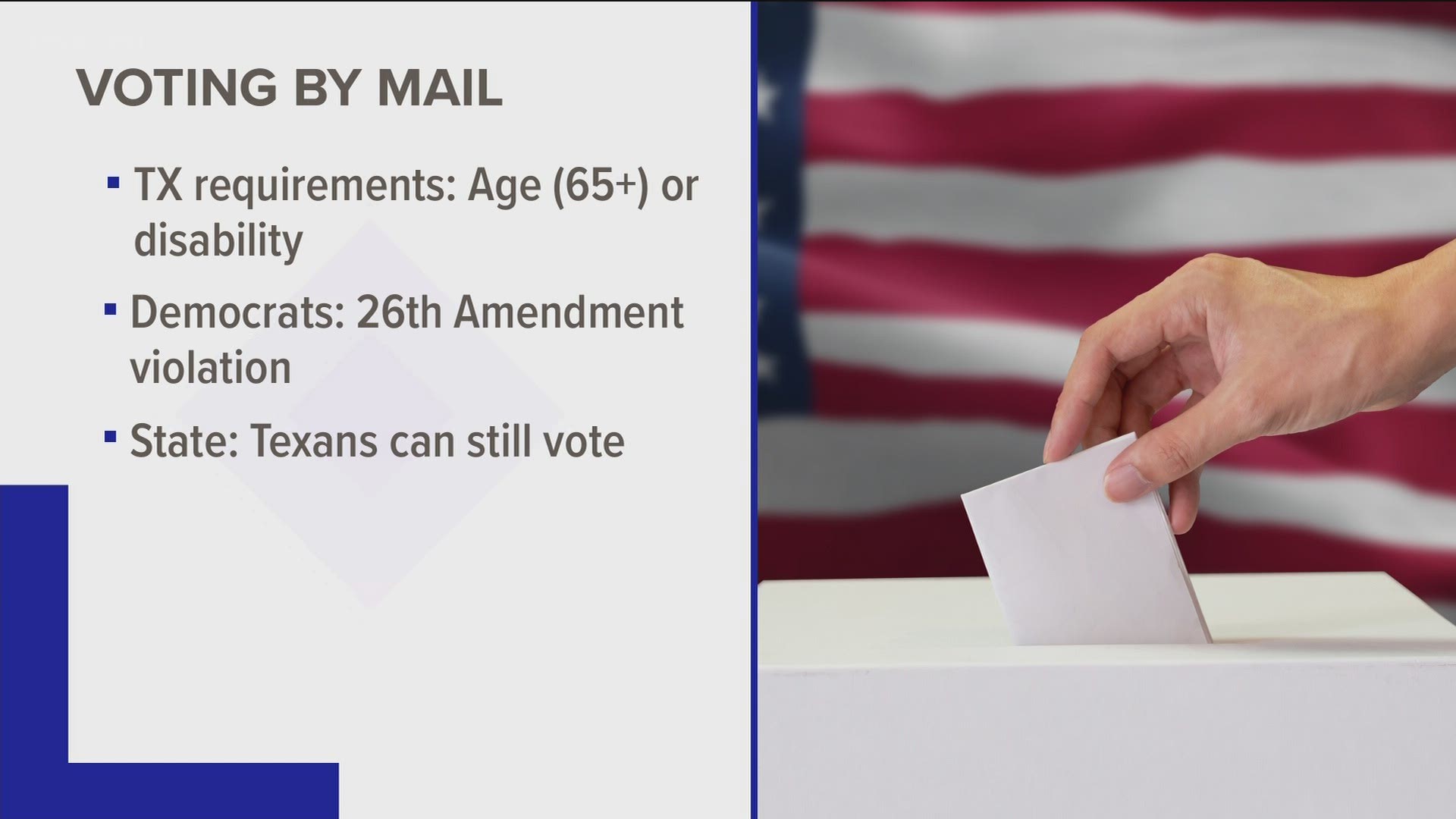 AUSTIN, Texas — Yet another court is set to decide the fate of expanding voting by mail in Texas. The federal 5th Circuit Court of Appeals heard the Texas Democrats' case on Monday.

Under current Texas law, voters can request mail-in ballots if they're over the age of 65 or have a disability. Democrats argue that part of the rule violates the 26th amendment by restricting types of voting based on age – but the State's attorney argued the rule doesn't keep Texans from voting entirely.

The court hasn't issued a ruling yet, but no matter which way the judges rule, it will probably face an appeal in the U.S. Supreme Court.

This latest update in the battle for expanded mail-in voting in Texas comes after weeks of controversy and funding problems for the U.S. Postal Service. There are concerns about slower ballot processing if more people vote by mail.

But Texas Democrats say counties saw this coming and started preparing to process more mail-in ballots this election if necessary.

"Texas is the outlier here, and our system is set up – it's early enough to get this process done and the constitution requires it," said Chad Dunn, general counsel for the Texas Democrats.

The bottom line? As of right now, there won't be any expansions to mail-in voting in Texas.

Can bars sell H-E-B microwave meals to be qualified as a restaurant?