State party chairman Allen West, Agriculture Commissioner Sid Miller and members of the Texas Legislature were among those who filed the suit against Abbott. 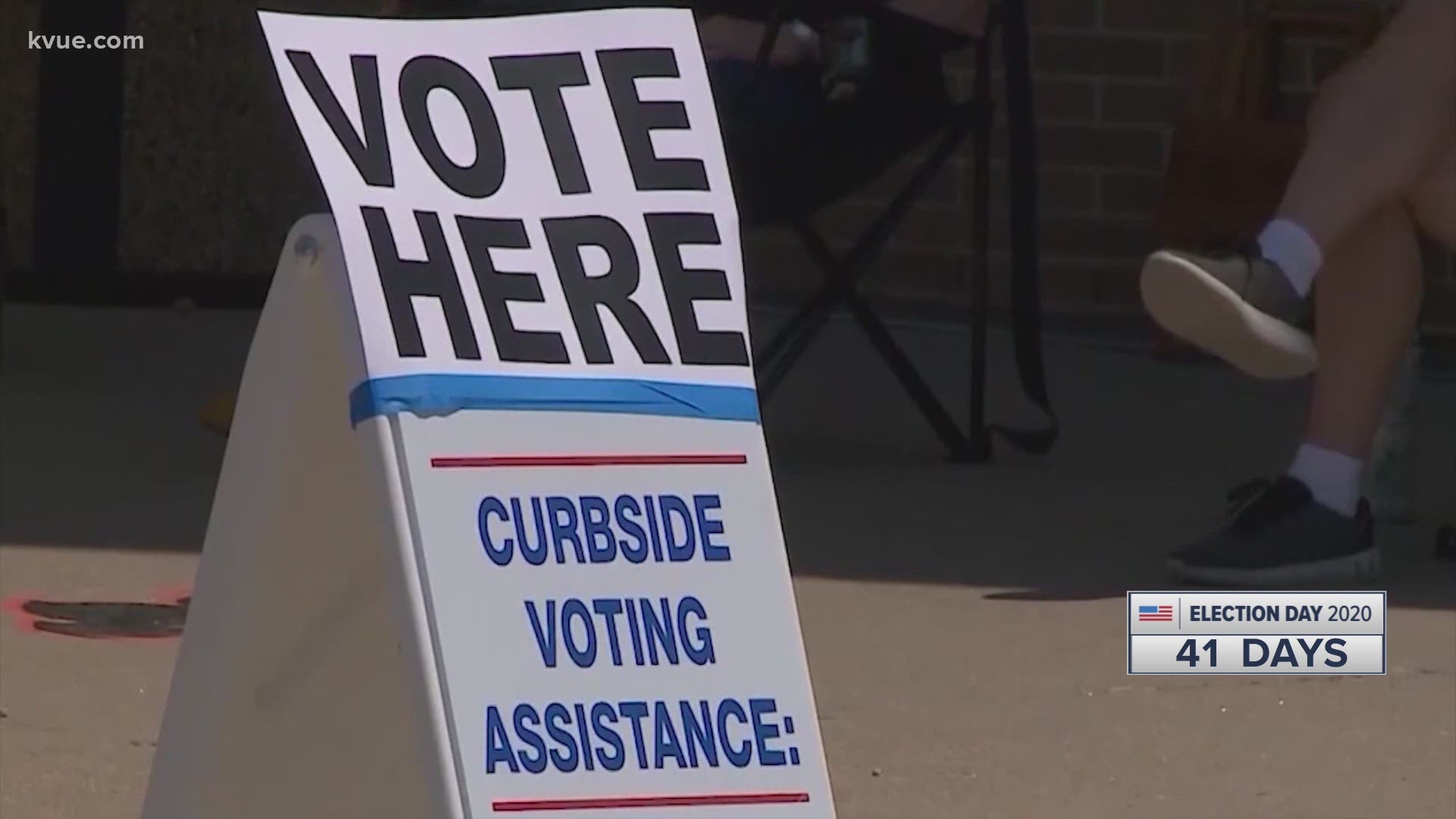 (Texas Tribune) Republican Gov. Greg Abbott is facing a lawsuit over his extension of early voting for the November election from prominent members of his own party — including state party Chairman Allen West, Agriculture Commissioner Sid Miller and members of the Texas Legislature.

In July, Abbott added six days to the early voting period, moving the start date up to Oct. 13 from Oct. 19, citing the coronavirus pandemic. In the lawsuit, filed Wednesday with the state Supreme Court, Abbott's intra-party critics say the move defied election law that requires early voting to start on the 17th day before the election.

It is the latest legal challenge to Abbott's emergency powers, which he has wielded aggressively in dealing with the pandemic.

"Governor Abbott seems to have forgotten that the Texas Constitution is not a document that he consults at his convenience," Jared Woodfill, a lawyer for the plaintiffs, said in a statement. "It is an uninterrupted charter of governmental structure that limits the Governor Abbott’s ability to act as a king."

The plaintiffs argue Abbott needs to consult the Legislature before making such decisions and that "if ever a special session was justified, now is the time."

One of the plaintiffs is Steve Hotze, the Houston conservative activist who has launched several lawsuits against Abbott's coronavirus response that has seen minimal success so far. But in the latest lawsuit, he is joined by not only West and Miller, but also three state senators and four state representatives, as well as the chairman of the Harris County party, Keith Nielsen, and the Republican National Committeeman from Texas, Robin Armstrong.

West, who took over the state party this summer, has openly expressed disagreement with aspects of Abbott's coronavirus handling, including his statewide mask mandate and the early voting extension. West seemed to telegraph the lawsuit Tuesday, saying in a statement that he would be partnering with Hotze to make election integrity a "top priority." West said in the same statement that he opposes the "extension of early voting through the decree of a single executive instead of through the legislative process."

Abbott's office did not immediately respond to a request for comment on the lawsuit.

In announcing the early voting extension in late July, Abbott said he was giving voters more time to cast a ballot in a way that does not contribute to the spread of the virus. Using the same rationale, he previously extended early voting for the July primary runoffs.

Democrats have unsuccessfully fought in the courts to expand mail-in voting this November due to the pandemic. The state Democratic Party reiterated its position Wednesday in response to the lawsuit, saying in a statement that the state "should be expanding early voting and vote-by-mail options, not cutting them."

The lawsuit filed Wednesday additionally seeks to stop the extended period for submitting mail ballots in person, also calling the move inconsistent with the election code.

As for the early voting period, the Texas Election Code calls for it to begin on the 17th day before the election, or if that day falls on a weekend, the period should start on the next weekday. Because the 17th day before this year's November election is a Saturday, the early voting period had been slated to commence the following Monday, Oct. 19.

The last day of early voting for the Nov. 3 election remains Oct. 30.

Coronavirus updates in Central Texas: What to know Wednesday