The U.S. Postal Service warns that election deadlines in Texas don't guarantee a ballot will arrive by mail in time to be counted in the 2020 election. 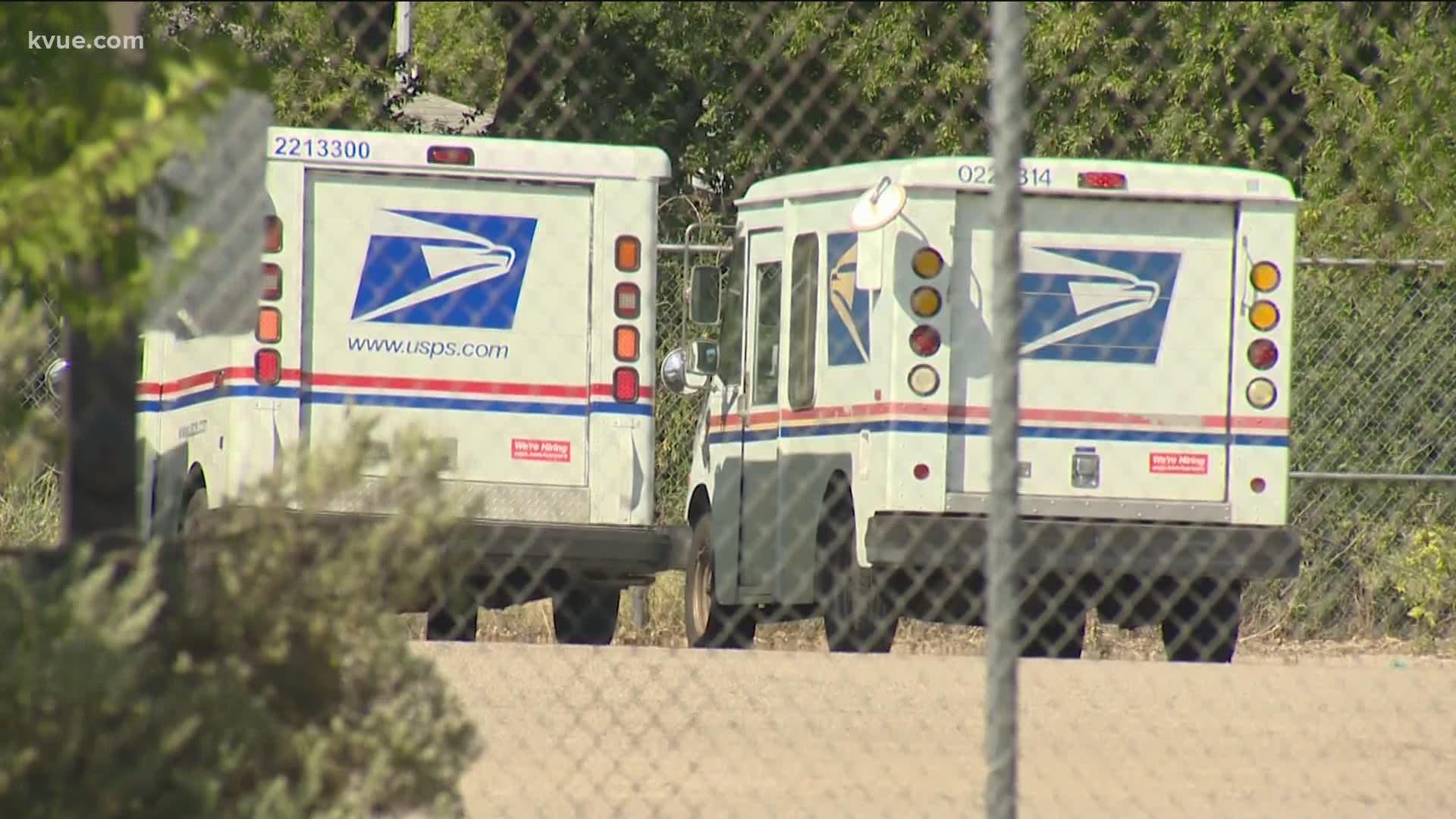 The United States Postal Service sent a number of U.S. states, including Texas, a letter warning some mail-in ballots may not be delivered in time to be counted in the 2020 general election.

The postal service has been the center of recent controversy, with slowing delivery times, cuts to overtime, budget concerns, and comments from the president.

Now it's also playing a central role in the 2020 election, as many states expect to see an uptick in people trying to vote by mail due to COVID-19 concerns.

Ultimately, USPS said in its letter that some votes may not be counted, either because voters don't receive their ballot in time, or because it isn't returned to election officials by the state's deadline.

In the letter sent to the Texas Secretary of State, the U.S. Postal Service warned that the state's deadlines for requesting and casting mail-in ballots may not give enough time to ensure the ballot's arrival at its intended destination.

Texas law limits those who can vote by mail to elderly residents and those with disabilities. The Texas Supreme Court blocked the expansion of mail-in voting during the COVID-19 pandemic.

Timeline of voting by mail

Voters have until 11 days before the general election to request a mail-in ballot, though based on the warning from the postal service, that may be too late to cast a vote.

The letter said how the ballot is mailed is the biggest factor in how quickly it will reach its intended destination. First-class mail is delivered 2 to 5 days after USPS receives it, while marketing mail can take up to 10 days to arrive.

The USPS recommends voters submit their ballot request so election officials receive it at least 15 days before Election Day, but preferably much earlier.

Election officials should use first-class mail to send ballots, USPS says, and allow for delivery time of one week.

Additionally, voters should mail their completed ballots at least a week before it is due, the letter said.

The USPS said ballots should be mailed by Oct. 28 to assure those votes count in the general election.

Key deadlines for the general election in Texas: