The Texas Attorney General's Office said Saturday that it had received reports of poll watchers being dismissed for not social distancing. 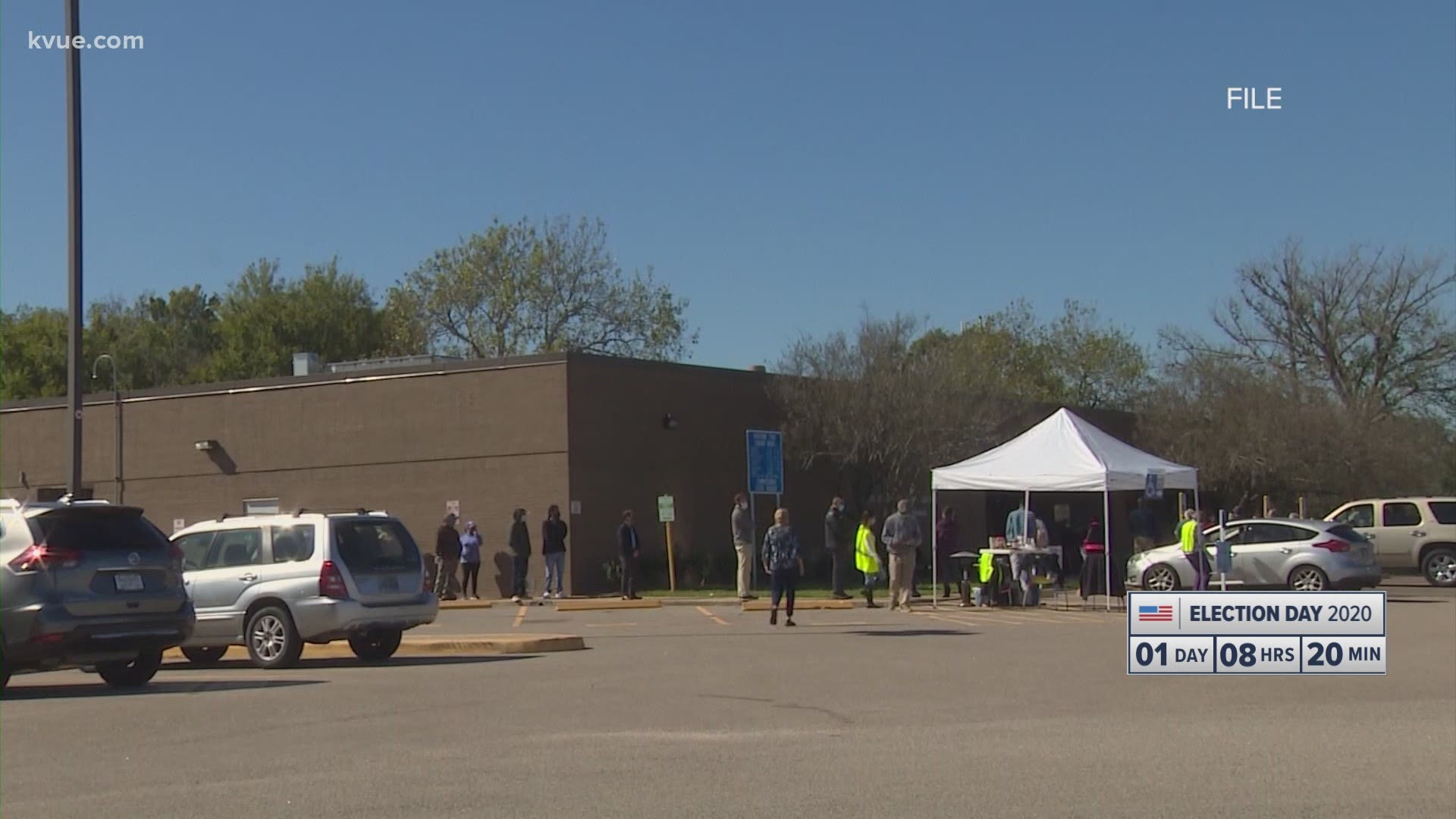 AUSTIN, Texas — The Texas Attorney General's Office says poll watchers cannot be dismissed for not maintaining six feet of social distancing from others.

The office said Saturday that it had received reports of poll watchers being dismissed for not keeping a safe social distance from voters or election workers. The office said dismissing poll watchers for that reason is inconsistent with the guidance issued by the Texas Secretary of State and may constitute a violation of the Texas Election Code.

The attorney general's office said in many cases, it may not be feasible for a poll watcher to maintain six feet of separation from voters or poll workers while "verifying voting activity or the accuracy of voting processes." The office said in those cases, poll watchers must be allowed to sit or stand less than 6 feet away from others to perform their duties.

RELATED: As fears of election-related unrest rise, here's what you need to know about poll watchers in Texas

"Preventing poll watchers from conducting their duties by rigidly enforcing a six-foot distancing requirement or excluding poll watchers from polling places altogether if they fail to maintain six feet of social distancing in all cases may violate the Texas Election Code. Section 33.056 of the code entitles 'a watcher … to observe any activity conducted at the location at which the watcher is serving,' among other duties and responsibilities," the office said. "Section 33.061, in turn, makes it a criminal offense to obstruct a watcher from observing election activity."