Text “register” to 48683 (IVOTE) and follow the prompts on how to register to vote in Travis County. 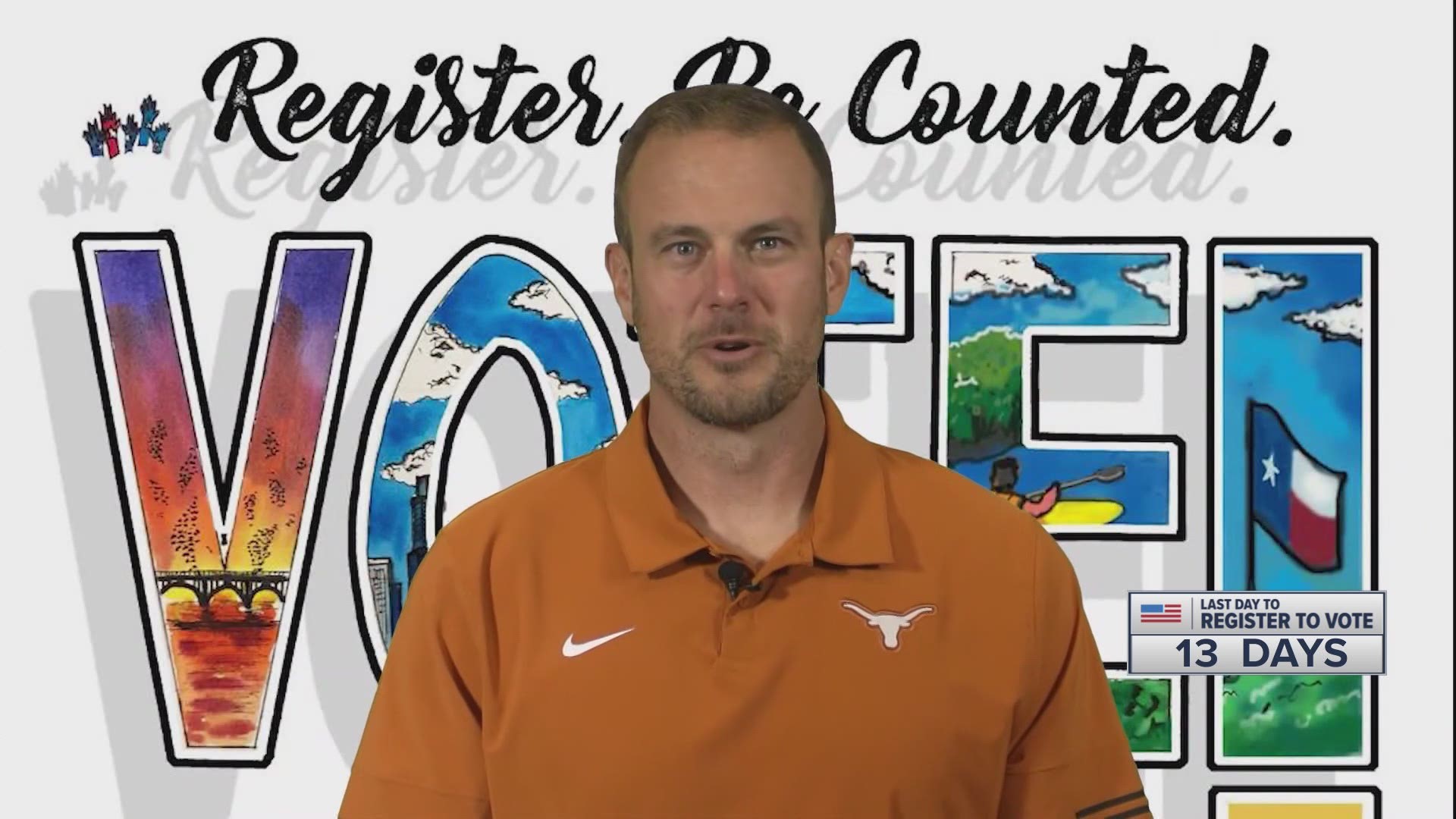 AUSTIN, Texas — Just in time for National Voter Registration Day, University of Texas coach Tom Herman and Longhorns players are urging the public to get out and register to vote.

“As a Texas-ex, I cannot tell you how proud and grateful I am for Coach Herman, the Longhorns and the University of Texas Athletic Department helping to promote voter registration,” said Bruce Elfant, the Travis County voter registrar and tax assessor-collector. “The voter registration cutoff in Texas is Oct. 5 for the November presidential election and we are down to the wire to register eligible voters.”

Voter registration and voting in the election is something Herman has stressed as an importance to his players recently. In September, Herman told the media that UT players would be given a day off on Nov. 3 to hit the polls instead of hitting pads in practice.

“The plan is to give them that Tuesday off from any football-related activities and provide transportation for those that want to go vote so that we can make sure that there really is no excuse not to go vote,” Herman said. “We’re going to do our part as a program to facilitate that for them. And then it’s up to them to decide if that’s something they want to choose to participate in.”

Travis County recently shattered its voter registration record by registering more than 95% of the county’s eligible voters, according to the Travis County Tax Office.

Early voting begins Oct. 13 and Election Day is Tuesday, Nov. 3. KVUE put together a voter guide with everything you need to know when voting in the general election. You can view the voter guide here.