The ruling is the latest turn in a handful of lawsuits in state and federal courts challenging Gov. Abbott's Oct. 1 order. 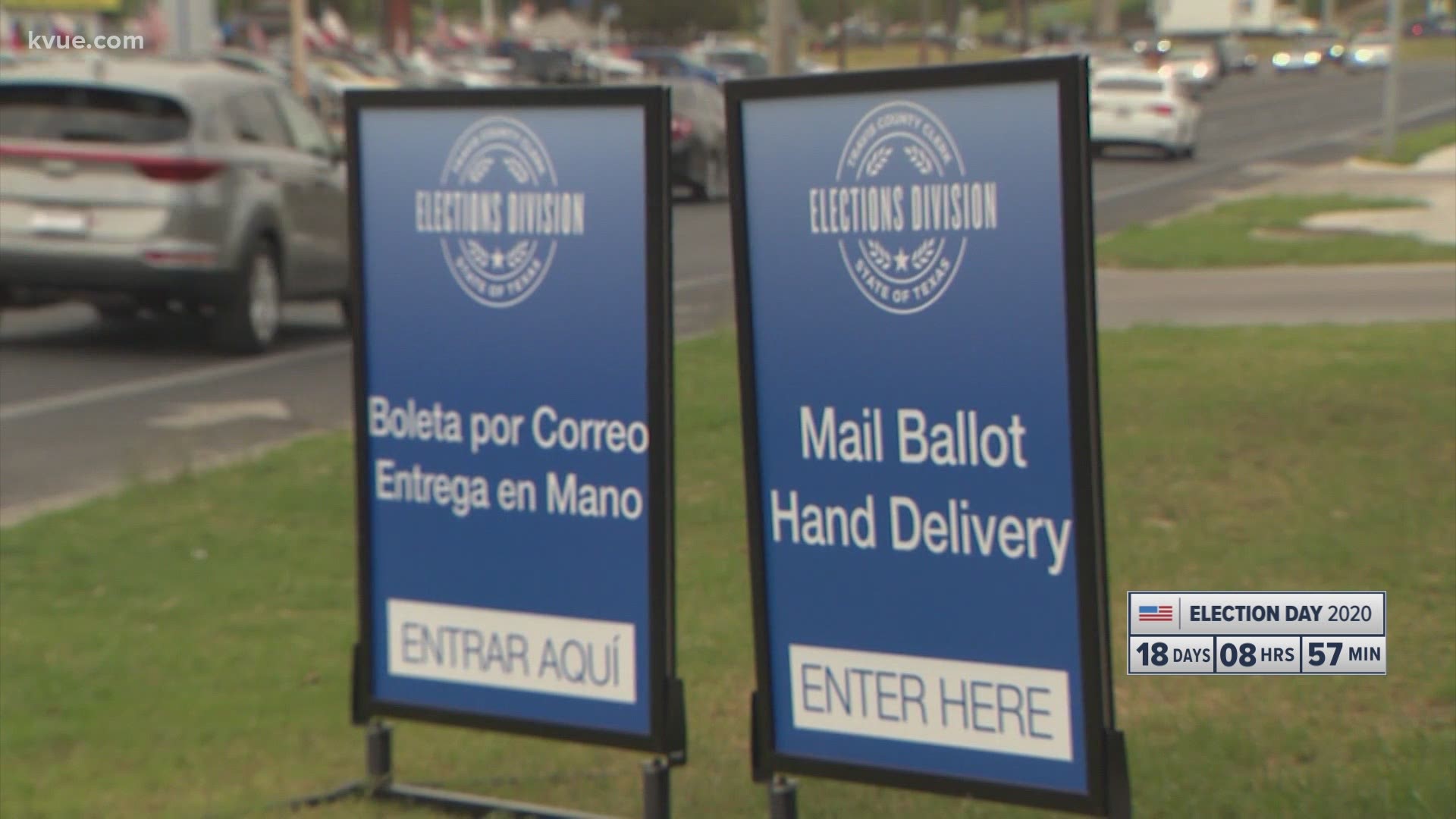 AUSTIN, Texas — A state court has ordered a halt to Gov. Greg Abbott's Oct. 1 order limiting counties to one ballot drop-off location, but this doesn't mean new locations can open just yet as an appeal has been filed.

The district court of Travis County issued a temporary injunction in the Anti-Defamation League Austin, Southwest, and Texoma Regions vs. Abbott lawsuit, stopping the order, which prohibits counties from providing more than one mail-in ballot return location.

The ADL, a voting rights advocacy group and a voter claim the governor lacks the authority under Texas law to limit ballot return locations and that the order also violates their equal protection rights under the state constitution.

“Texans deserve to have safe and accessible options for voting – that’s what this ruling affirms,” said Cheryl Drazin, vice president of the Anti-Defamation League’s Central Division. “Having absentee ballot return sites where voters need them is crucial to holding a fair election, particularly during the pandemic.”

The three judges reportedly ruled the Texas governor did not suppress voter rights but instead expanded them because he's now allowing drop-offs before Election Day.

Gov. Abbot said critics of his order are clueless about the legality of his action and simply voiced prejudicial political opinions.

In response to Thursday's ruling, Texas Attorney General Ken Paxton issued the following statement: "I disagree with the district court’s order and my office has filed a notice of appeal which stays the trial court’s order.”

This means no extra mail-in ballot drop-off locations can be opened until the appeals process is finished.

The Brennan Center for Justice at the New York University School of Law also issued the following statement: "We understand the governor and the secretary of state have filed a notice of appeal in this matter. We will continue to fight the governor’s order limiting ballot return locations in the Court of Appeals, and we are hopeful that the appellate courts will affirm the trial judge’s carefully considered ruling."