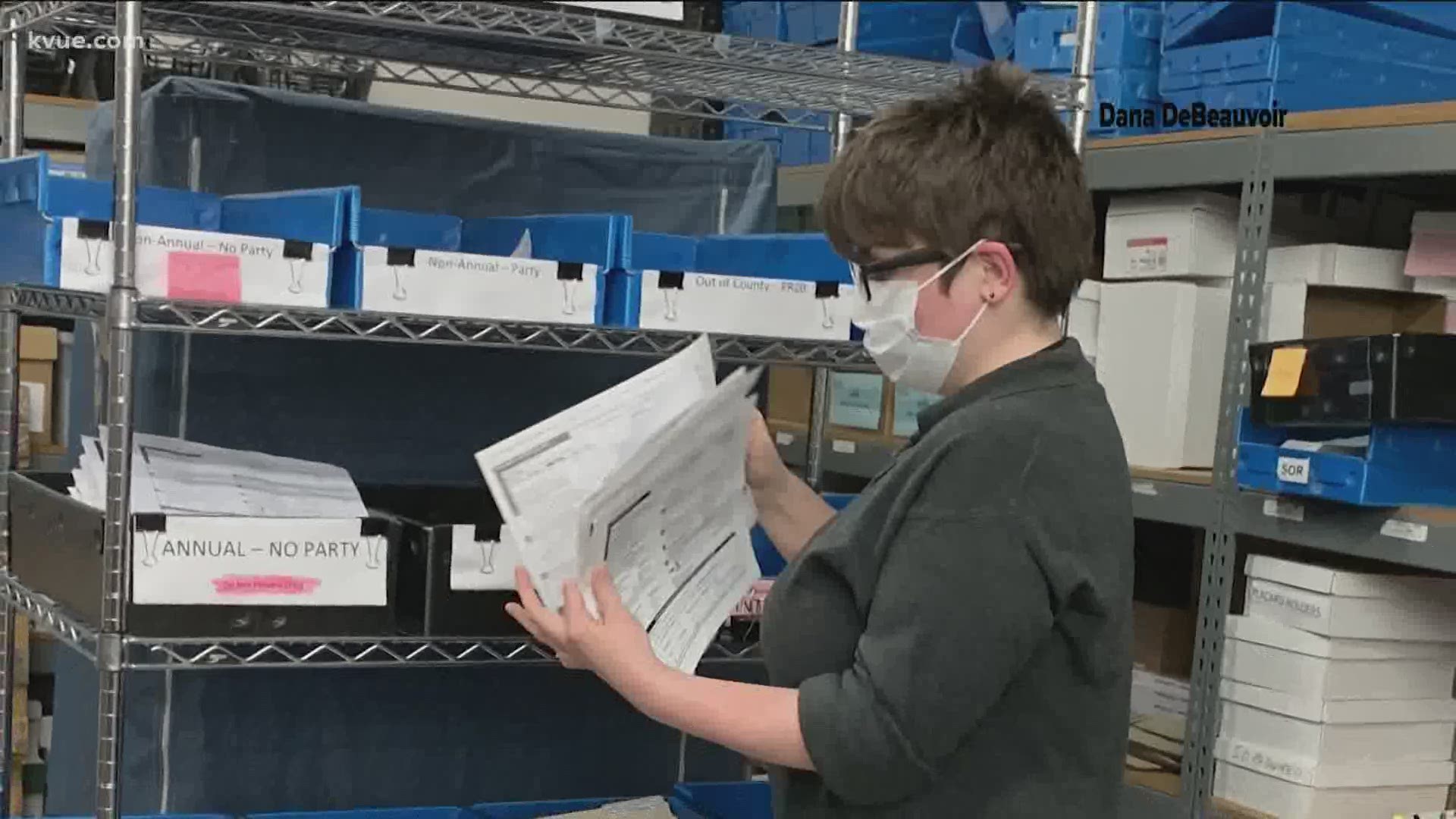 AUSTIN, Texas — Editor's note update: The Texas Supreme Court has temporarily put an expansion of voting by mail on hold.

A legal victory one day is a new battle the next. On Friday afternoon, Texas Attorney General Ken Paxton filed a petition asking the Texas Supreme Court to overturn an appellate court's order expanding mail-in voting in.

"I'm shocked, frankly, that the state of Texas, even today in these circumstances when so many people are suffering, is fighting tooth and nail to make a grandmother who is 64 years old, go vote in person," said Chad Dunn, General Counsel for the Texas Democratic Party. "Couldn't be more surprised."

On Thursday, a Texas appellate court ruled in the Texas Democratic Party's favor, ordering Texans who believe voting in person during the pandemic will endanger their health can apply to vote by mail under the disability category.

Paxton's move to challenge the order came just hours after a federal court hearing in San Antonio on another voting lawsuit. In this case, the Democratic Party is arguing the state's requirement that a voter be 65 or older to vote by mail is age discrimination and an undue burden on the right to vote during a pandemic, especially with long ballots and the state's elimination of straight-party ticket voting.

"The lines will be long, the number of polling places will be less and the time to vote will take much longer, increasing the possibility that a voter will subject themselves to this deadly disease," said Gilberto Hinojosa, chair of the Texas Democratic Party. "That's not right."

The judge in that case said his ruling will be forthcoming.

Meanwhile, the Travis County Clerk has already received 15,000 applications for mail-in ballots. Dana DeBeauvoir said it's not up to clerks to validate a voter's disability, but to send out the ballots and that's something her team is now working to do.