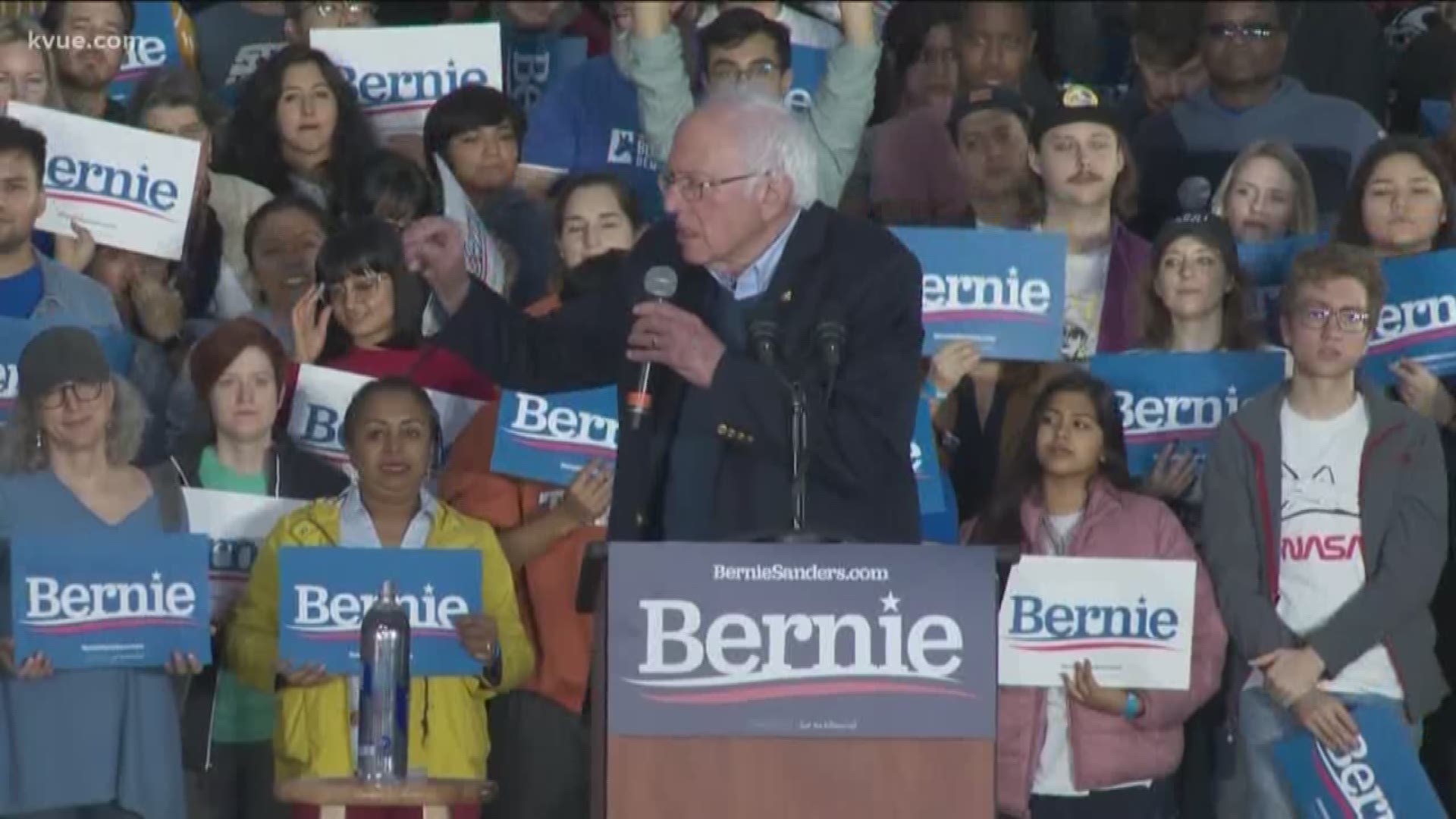 Sen. Sanders held a rally at 5 p.m. Sunday, Feb. 23, at Auditorium Shores. The event was free and open to the public.

"We think absolutely that if there is a large voter turnout, if young people, working people come out to vote, we think that, not only can we win this Tuesday, the Democratic primary, but I am absolutely confident we can beat Donald Trump," said Sen. Sanders.

More than 12,700 people gathered to hear Sen. Sanders speak in Downtown Austin. Before his remarks, former presidential candidate Marianne Williamson took to the stage to endorse the senator’s campaign for the presidency.

“Healthcare is a human right, not a privilege,” said Sen. Sanders.

The crowd cheered as he talked about his medicare-for-all plan. Sen. Sanders said people have talked about the need for universal healthcare for hundreds of years and said the time for action is now.

"You got 500,000 people that go bankrupt every single year, how's that for disruption? When you got 30,000 people dying every year because they don't afford to go to a doctor when they should," said Sanders.

At the rally, Sen. Sanders promised gun safety legislation would be written for the American people and not the NRA.

“We will have universal background checks,” he said.

Lastly, Sen. Sanders spoke on his political stance for abortion rights. He said women will control their bodies and not the government.

“We will put into law Roe v. Wade and we will expand funding for planned parenthood,” said Sen. Sanders.

His team recently opened new campaign offices in Texas this month, one of which is located in Austin. It's located at 4926 E. Cesar Chavez St.

According to a recent Texas Tribune and University of Texas poll, Sen. Sanders is leading the race for the Democratic nomination among Texas voters. The poll showed him having 24% of the self-identified Democratic primary voters in the poll, up 12% from October.

The Sanders also campaign made stops in El Paso and San Antonio on Saturday.

At the conclusion of the Austin rally, the crowd erupted in "Bernie" chants, to which Sen. Sanders responded, "it’s not “Bernie,' but it is 'us.'"

Other politicians who have made high-profile campaign stops in Austin include opponent Sen. Elizabeth Warren in September and former opponent Beto O'Rourke in March.

Bernie Sanders: 'We’re going to win the state of Texas'