More than 50,000 voters cast their ballot on Tuesday, but officials say the night was quiet and calm. 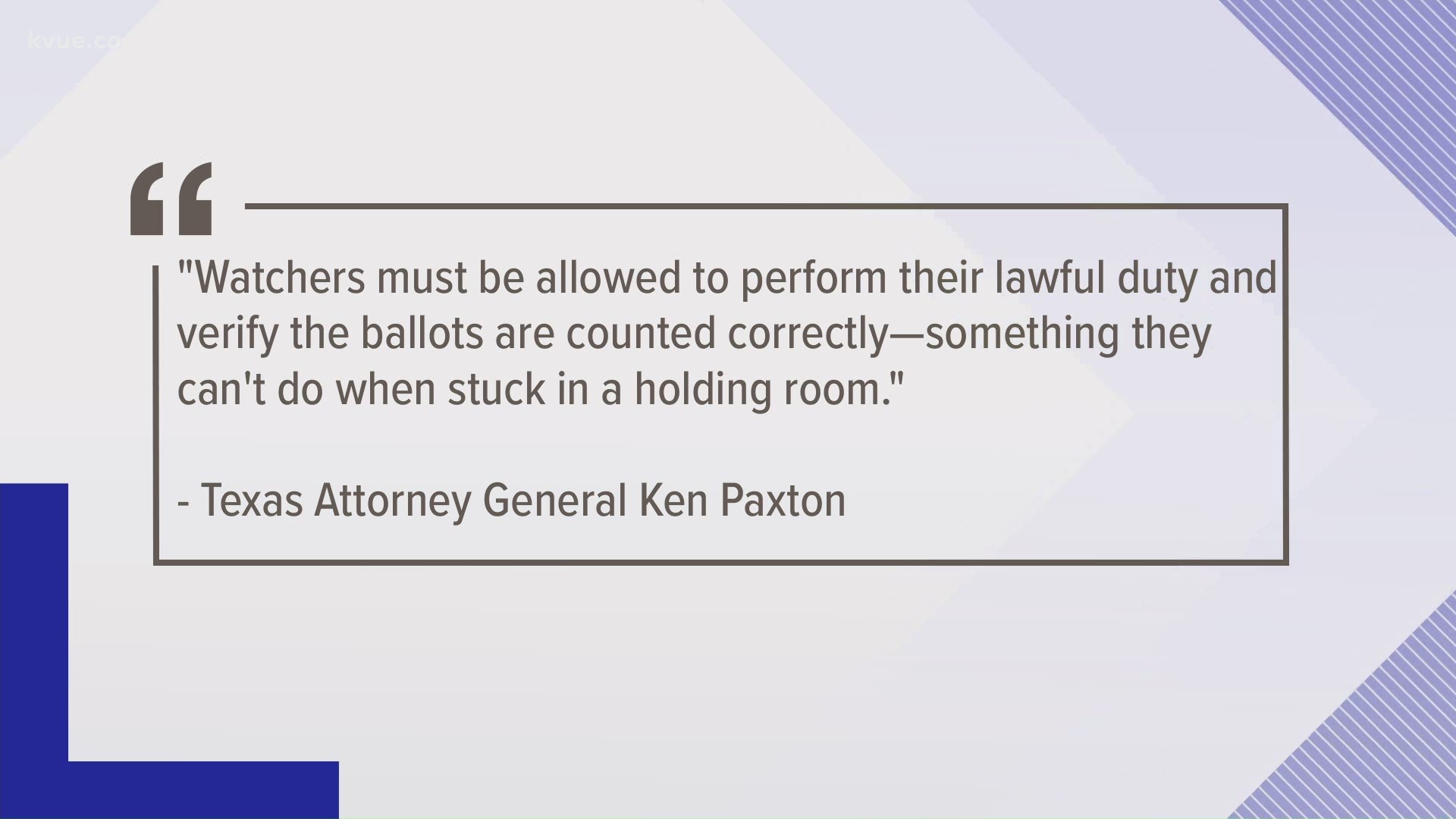 According to officials, another poll watcher made the complaint that she was illegally recording and filming in central count. Officials said that when she was asked to leave, she refused.

"We did have one sad incident that we weren't really involved in with one poll watcher here at the counting station, but the other poll watchers were objecting to one poll watcher's behavior and they handled that part of it," said Travis County Clerk Dana DeBeauvoir. "Poll watchers are always welcome because they do a good job of sending the word out to everybody else that the procedures here and election laws are being followed."

A total of 50,558 voted in person on Election Day, but overall, county officials said there weren't any major issues.

"It all went so smoothly and the voters were very kind to each other and to the workers at the polling locations," said DeBeauvoir.

Some Downtown Austin businesses started boarding up their windows on the day before Election Day, but there were no reports of protests on election night. Although, Austin police made it known they're still keeping an eye out.

In part, Manley said they're not aware of any planned attempts to disrupt the election process, but they're ready to address them if it happens.

On Nov. 8, Texas Attorney General Ken Paxton filed a brief in the Texas Supreme Court arguing that under the Texas Election Code, county election officials must permit poll watchers to observe the counting of ballots.

“The election laws passed by our Legislature were specifically designed to ensure integrity, security and transparency. Poll watchers are critical for increased confidence in election integrity and the prevention of fraud,” said Paxton. “Texas law provides for poll watchers as a procedural protection against irregularities or unlawful conduct. Watchers must be allowed to perform their lawful duty and verify the ballots are counted correctly—something they can’t do when stuck in a holding room. I will always fight to uphold the law and preserve the integrity of our elections.”

Read more about the brief filed by Paxton here.