To date, the senator has only agreed to one. 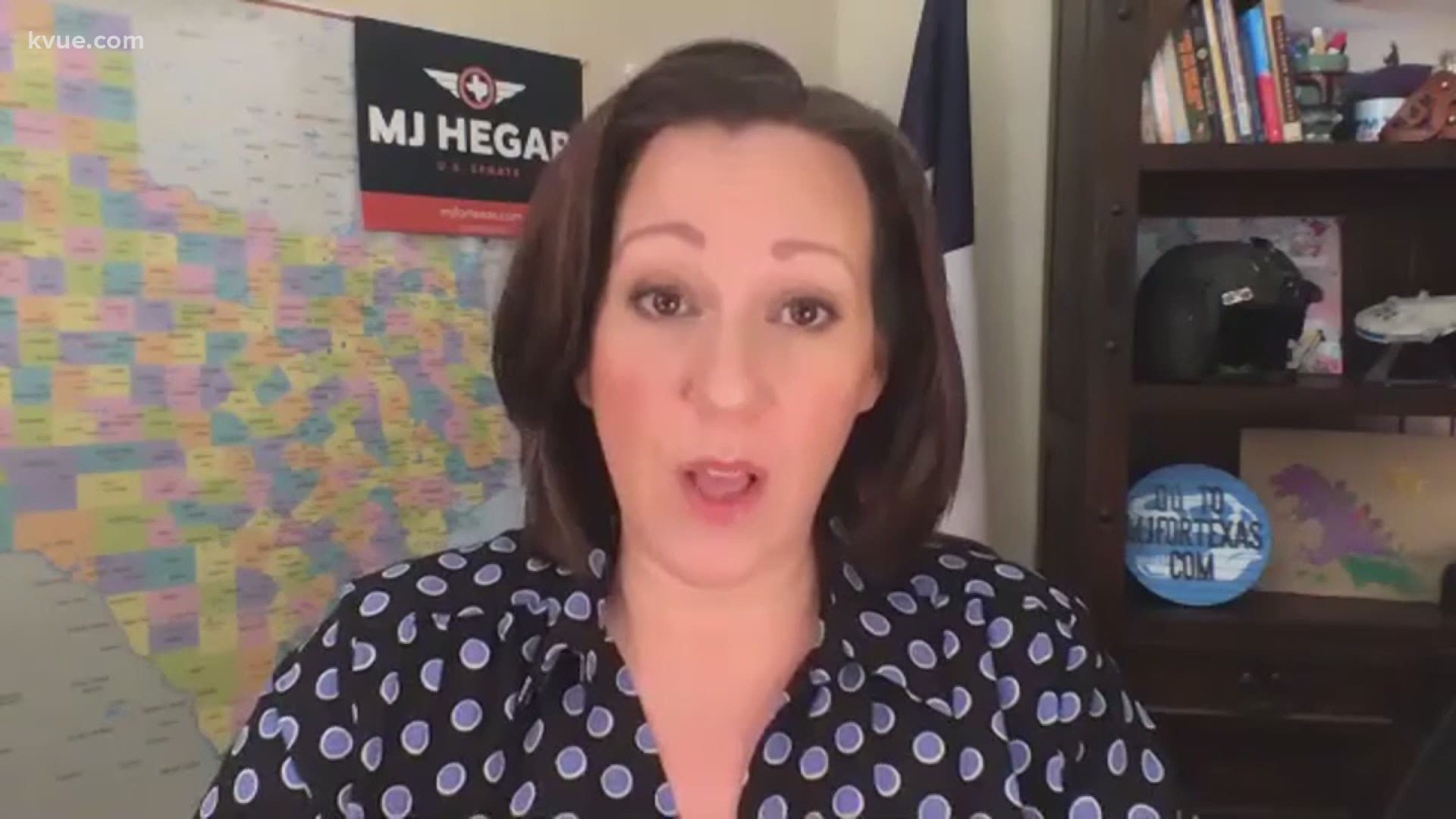 AUSTIN, Texas — One of the most talked-about races in Texas is the fight for the U.S. Senate. And on Tuesday, veteran MJ Hegar called out her opponent, Sen. John Cornyn.

The Democrat is challenging the three-term Republican senator to participate in three televised, statewide debates – including a debate to air on KVUE.

To date, Cornyn has only agreed to participate in one debate next month.

Hegar said in a state with 29 million people, voters deserve multiple opportunities to hear from the candidates, but she thinks avoiding debates seems to be his strategy.

KVUE reached out to Senator Cornyn's team on Tuesday for a response. They pointed us to a statement the senator made earlier this month, saying he is willing to participate in more than one debate.

For comparison, during the 2018 U.S. Senate election between Sen. Ted Cruz and then-congressman Beto O'Rourke, the candidates agreed to participate in three statewide TV debates. One of them was canceled because of an impending vote on the nomination of U.S. Supreme Court Justice Brett Kavanaugh, but the candidates did go through with the other two.