The candidates for Austin's mayor are set to discuss key issues that affect the City of Austin. 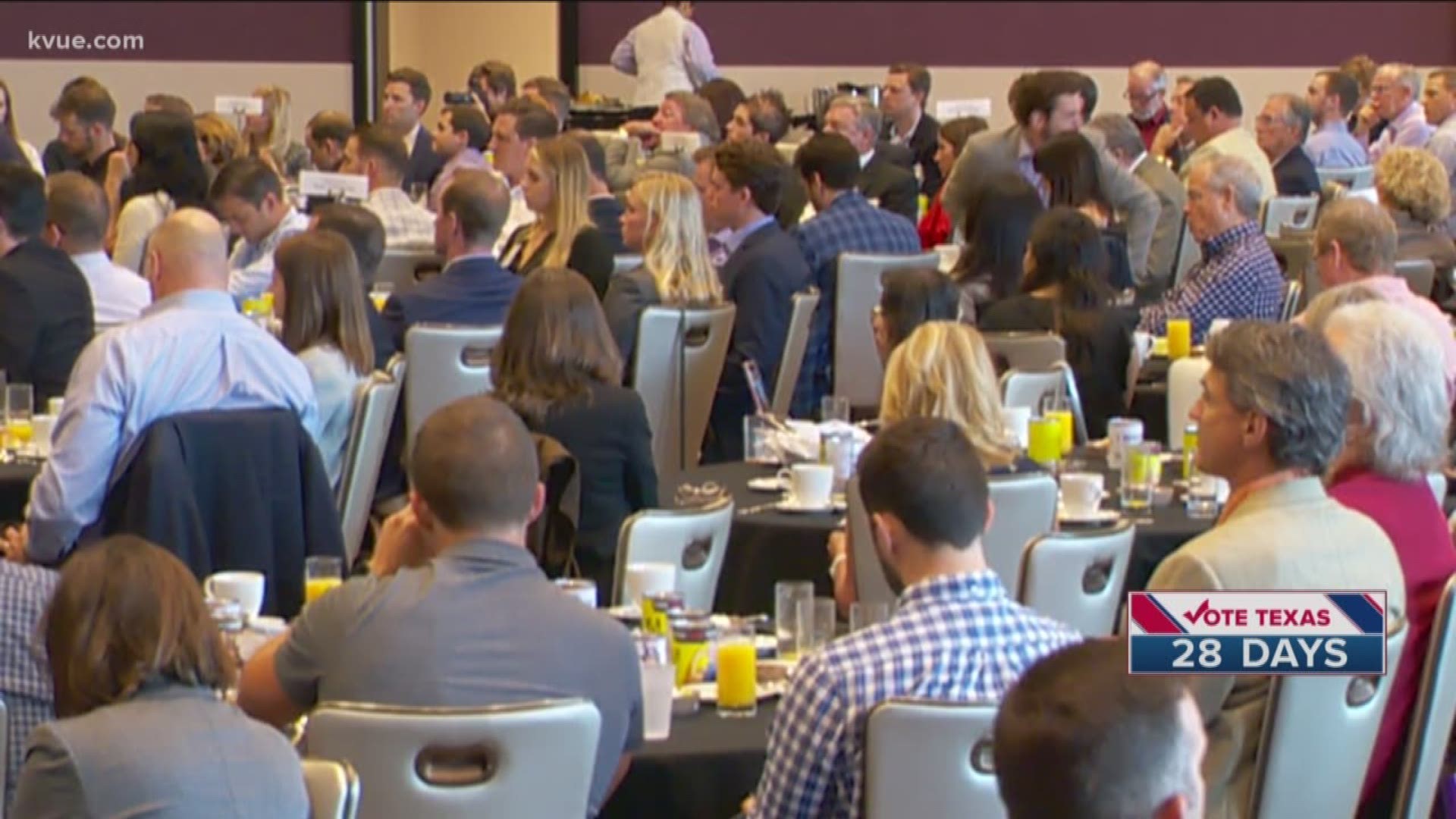 The forum, hosted by the Real Estate Council of Austin and the Greater Austin Chamber of Commerce, is focusing on issues such as including improving the development review process, how to best update the land development code, economic incentives and transportation. Mayor Steve Adler and some of his challengers -- former council member Laura Morrison, Travis Duncan, Todd Phelps and Alex Strenger -- are there.

The event, which is not free to the public, was streamed on KVUE's Facebook and on KVUE.com. WATCH HERE.