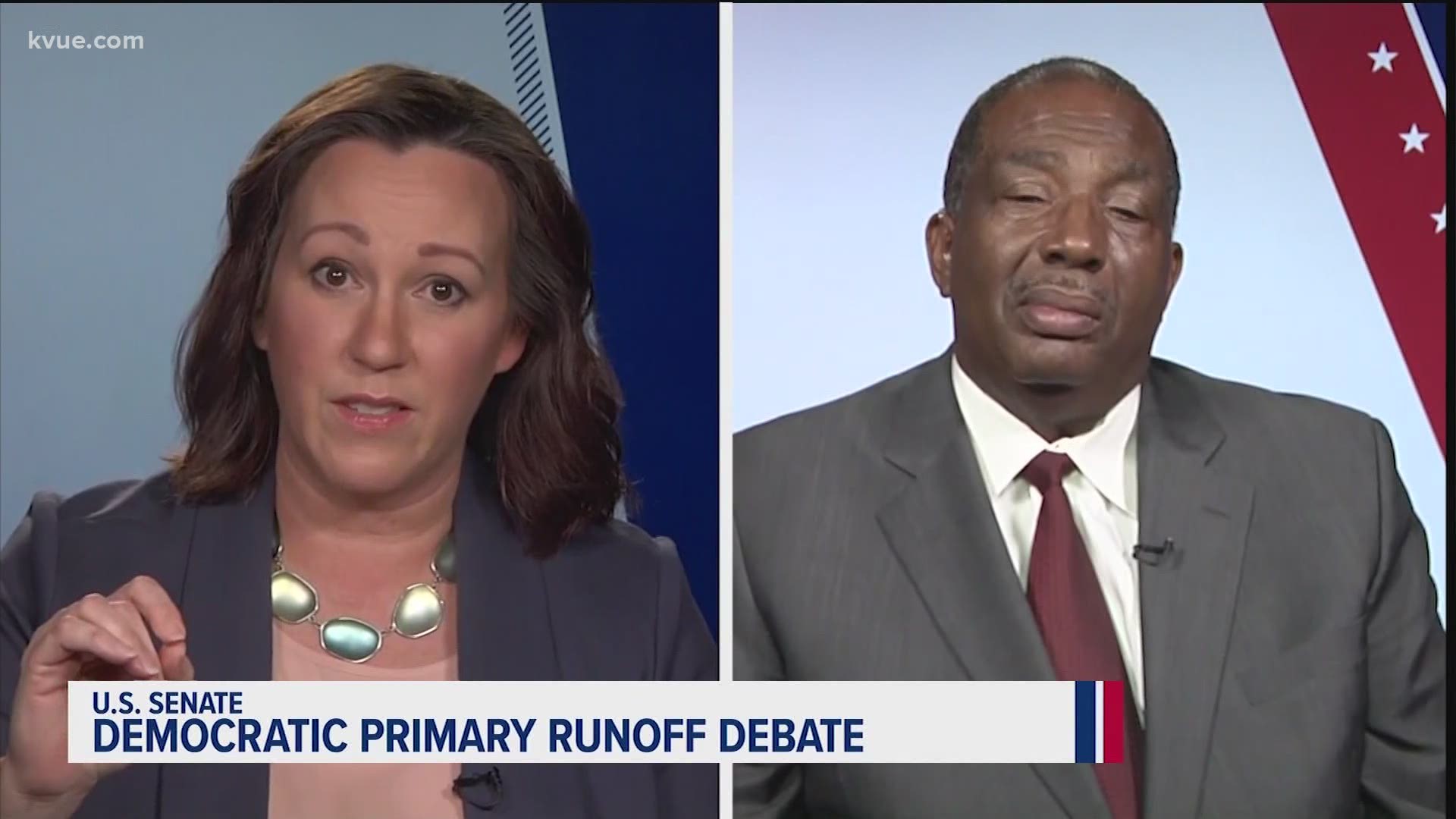 Tensions seemingly boiled over during the candidate-to-candidate question when West asked Hegar about a campaign donation she made in 2011 to the republicans they're both hoping to face off with in November, U.S. Sen. John Cornyn (R-Texas).

"We have politicians, frankly like you, Royce, who've become millionaires in office and have spent their time legislating in their own best interests instead of the interests of their constituents," Hegar said.

"People have a right to know that if you have supported John Cornyn in the past in terms of giving him money, how will he use that against you if you are successful," West later replied.

Up until now, the Air Force veteran and attorney have kept their debates and forums mild. But Patrick Svitek, primary political correspondent for The Texas Tribune, said tensions have long simmered below the surface.

"Namely, Royce West has been campaigning since the beginning of this runoff as 'the true democrat' in the race, and I think there was some implied contrast with MJ Hegar there," Svitek explained.

And Hegar has implied some things of her own.

"Even in the primary, she's talked about her opponent being only John Cornyn and has kind of had this laser-like focus on the general election, looking past her opponents in the primary and then now within the runoff," Svitek added. "And I actually think that has come off as arrogant and presumptuous to some of her fellow Democrats."

On policy, the candidates largely agree even about how to solve problems. But Svitek said the issues between the two of party loyalty and credentials came to a head in the KVUE debate, leaving democratic voters to decide who they think has the best chance of defeating Sen. John Cornyn in November.