How some Texas counties flipped during the 2020 presidential election

Hays and Williamson counties were the only counties in the state to flip from red to blue, while eight counties flipped from blue to red. 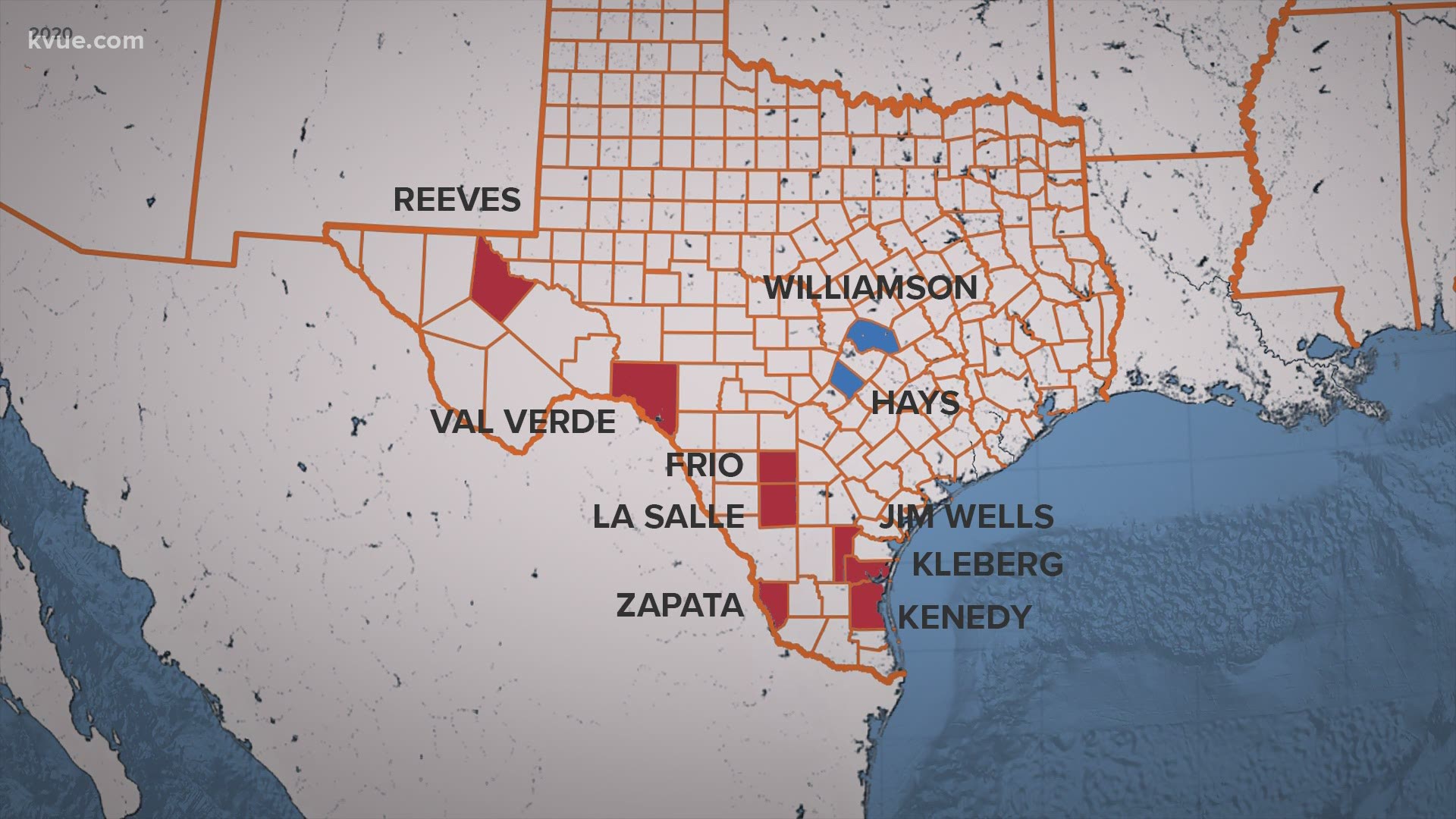 AUSTIN, Texas — Record voter turnout in Texas this year meant a lot of eyes were looking to the Lone Star State, wondering if this would be the year Texas flipped from red to blue when electing the president.

But the latest results show us Texas went to the incumbent – President Donald Trump.

“Yes, it was close, you know, as far as or trending very close as far as presidential,” former Texas State Rep. and UT Austin Professor Sherri Greenberg said. “But if you looked at the numbers, it didn't look like Texas was actually going to flip.”

Greenberg said she also wasn’t surprised by some of the changes we did see this year.

Credit: KVUE
The numbers on the map show the margin of victory for each candidate in 2016 in percentage points.

The map above shows how counties in the KVUE viewing area voted for president in the 2016 election. The numbers in each county represent the margin of victory for each candidate in percentage points.

For the 2020 election, Williamson County and Hays County both flipped from red to blue. The margins for surrounding counties also went down a bit.

Credit: KVUE
Williamson and Hays counties flipped from red to blue between the 2016 and 2020 presidential election.

“If you look at not just the fact that the population has been increasing, but the demographics, it's not surprising, it was expected,” Greenberg said.

There were some statewide changes, too. The map below highlights the counties that had changes in presidential voting outcomes between 2016 and 2020. Williamson and Hays counties were the only counties in the state to flip from red to blue.

“You had to look at who was actually voting, right. In some areas, the early vote favored Democrats,” Greenberg said. “In other areas, it may not have. Also, I think there was some disappointment, frankly, among the Democrats with turnout in The Valley.”

Current totals also show big increases in Texans who voted for presidential candidates this year – more than one million additional votes cast for each party between 2016 and 2020.

S/o to the KVUE graphics wizard @AWMcKibbin for these great visuals. pic.twitter.com/BSCvchapar

As far as what all this means for Texas flipping in the future, Greenberg said we will have to wait and see.