There are less than two weeks until the midterm election, and students at Texas State are worried about getting their votes in on time. 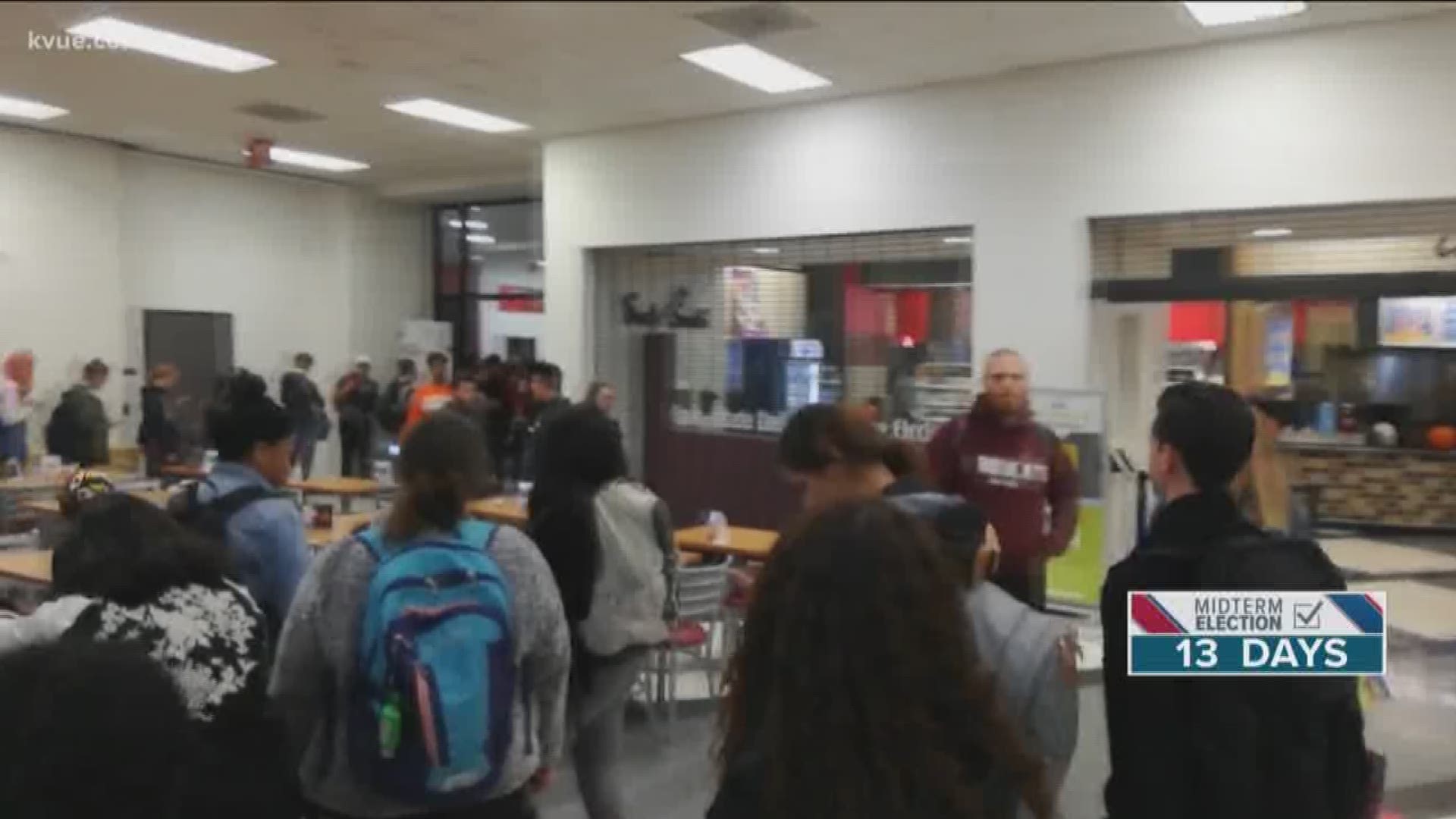 The rainy day didn’t keep students from casting their ballots, but a long line wrapping around the entire second floor of the LBJ Student Center food court did. Since Monday, some students said they've stood in lines for up to three hours.

Hays County released the following statement regarding a request for a polling place extension at TXST.

"Some candidates for office recently requested an extension of dates and/or times at the temporary branch polling place on campus at Texas State University, which was scheduled for the first three days of early voting. Due to the “public notice” requirements for the branch voting schedule, extension of dates and times for any branch location is not practicable at this time."

According to Hays County Elections Administrator Jennifer Anderson, approximately 19,400 voters went to the polls on Monday, Tuesday and Wednesday. Hays County said 5,700 more people voted within the first three days of early voting than in 2016 during the general election.

The university said the long lines to vote was a major inconvenience to students.

“Students are missing class to go,” said Catherine Wicker, a student. “They're missing work. Many are being turned away because they're voter registration cards -- they're saying they're not active. They're not actively in the system yet."

“I just don't have the time,” said Bryson Williams. “I really do want to vote, and I’m registered to vote but it's just not convenient for me, especially during the weekdays.”

The long lines are a challenge, but so is the fact that Wednesday was the last day for students to early vote on campus. Wicker said Hays County would only provide them with ballot boxes for three days and for the turnout, she said that's not enough.

RELATED: Early voting in Central Texas? Here is a list of places to cast your vote.

“A lot of students here at Texas State University don't have access to a vehicle, our closest voting locations for them are miles away,” said Wicker. “There's no public transportation to get there, and there aren't bus routes near there for students.”

Even local candidates are chiming in. Erin Zwiener, a candidate running for House District 45, along with nine other candidates have sent a letter, calling for Hays County to extend the voting time for students through Nov. 2.

"I think there’s a history of not making it super easy for young folks to vote,” said Zwiener.

“We need to make sure they have the access. They need to cast their ballots.”

“Students deserve to vote just like the general public,” said Wicker. “Most polling sites for early voting get those two weeks, so it's only fair if students get a full week to vote."

Wicker and others are left hoping the county will take them seriously.

If students can't early vote on campus, some said they plan on finding another way. According to Hays County, Capital Area Rural Transportation System (CARTS) is providing free bus service to and from polling places during early voting and on Election Day in San Marcos. For more information on free rides, click here.

Go here for everything you need to know before the midterm elections.