Extended early voting period provided more time to vote, but not without hiccups 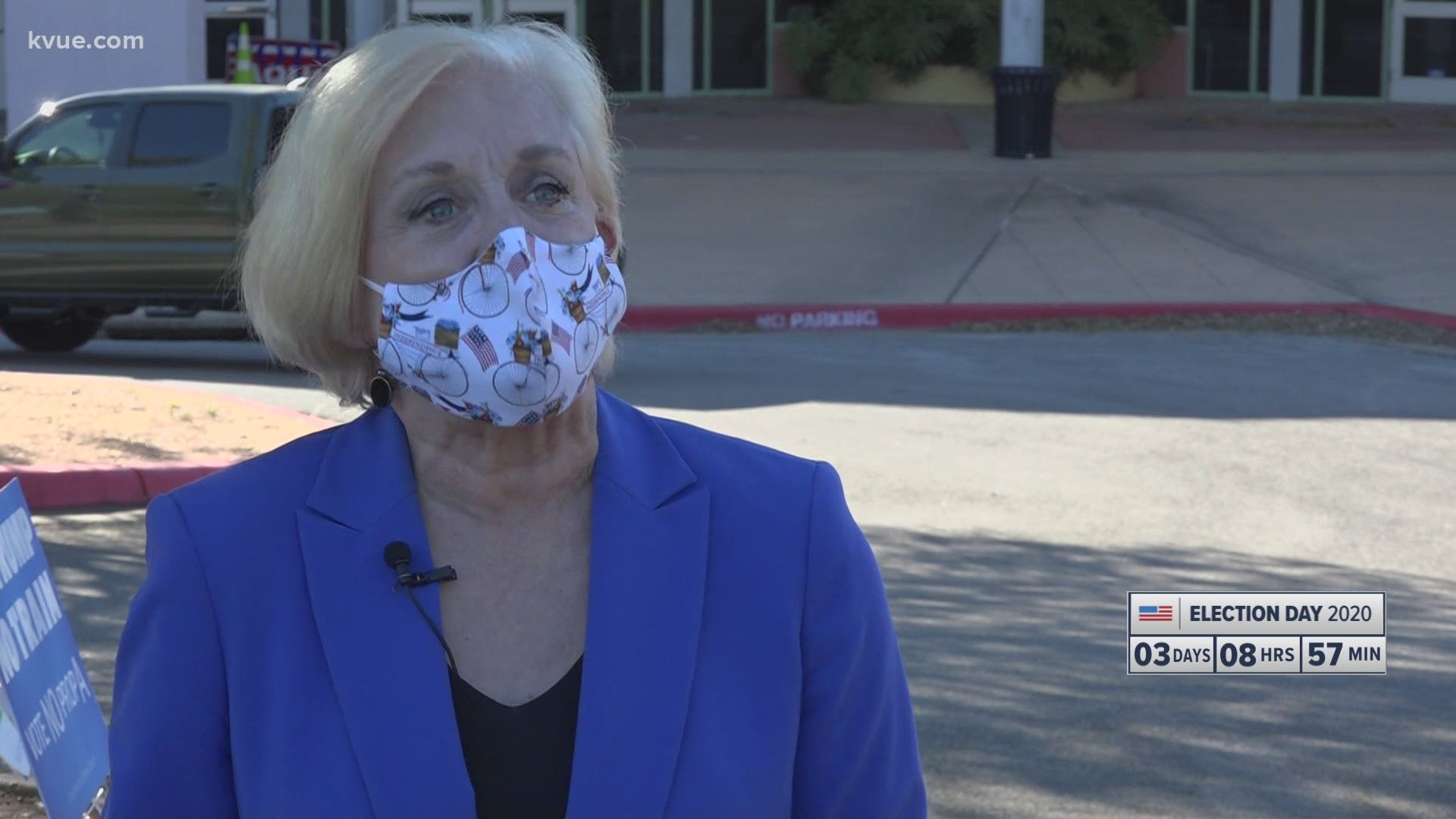 While three weeks of early voting yielded more voters than the entire 2016 election, the period hit some roadblocks.

"It is most unfortunate that voters were stopped abruptly without any warning from being able to utilize a hand delivery at more than one location," Travis County Clerk Dana DeBeauvoir said Friday. "Here in Travis County, we were able to take the initial plan of 11 drive-thru lines and turn it into 16-drive-thru bays for voters at 5501 Airport Blvd. By all means, now is the time to take advantage of hand-deliver, drive-thru at the county clerk's office on Airport Boulevard."

DeBeauvoir said Thursday and Friday that it is too late for voters to place their ballot in a mailbox and expect it to count. According to the United States Postal Service, a typical ballot with postage takes about five days to go from mailbox to election office. In Texas, a ballot must be postmarked by or on Election Day and turned in the day after in order to count if voting by mail.

Do you have a mail-in ballot you still need to return? Your best bet is now hand delivering it to 5501 Airport Blvd. You can do this today through November 3. Bring ID, sign a roster, deposit your ballot. That's all it takes. pic.twitter.com/UAvrd1cuH9

"Election Day is going to show the same sort of enthusiasm that we've seen for early voting," DeBeauvoir said. "I think it's very likely we'll see 100,000 people show up to vote on Election Day."

In Hays County, the election administrator expects there will be some traditionalists still out voting on Election Day despite this year's turnout breaking the total number of 2016 Hays County voters last weekend.

"It's hard to believe that it would be busy, but we still do have a number of people out there that are registered that haven't voted," Jennifer Anderson, Hays County's election administrator, said. "We have people that they're going to vote on Election Day because traditionally that's just what they've done, and they just won't have it any other way."

"We knew this was going to be a heavy day, the last day of early voting," Davis said. "It's good to see people doing it now rather than waiting on Election Day when lines could be longer."

Travis, Hays and Williamson counties will each have an increased number of polling locations open on Election Day to accommodate the traditionally larger numbers of single-day voters.