Election Day 2019: What Central Texans need to know before casting their vote 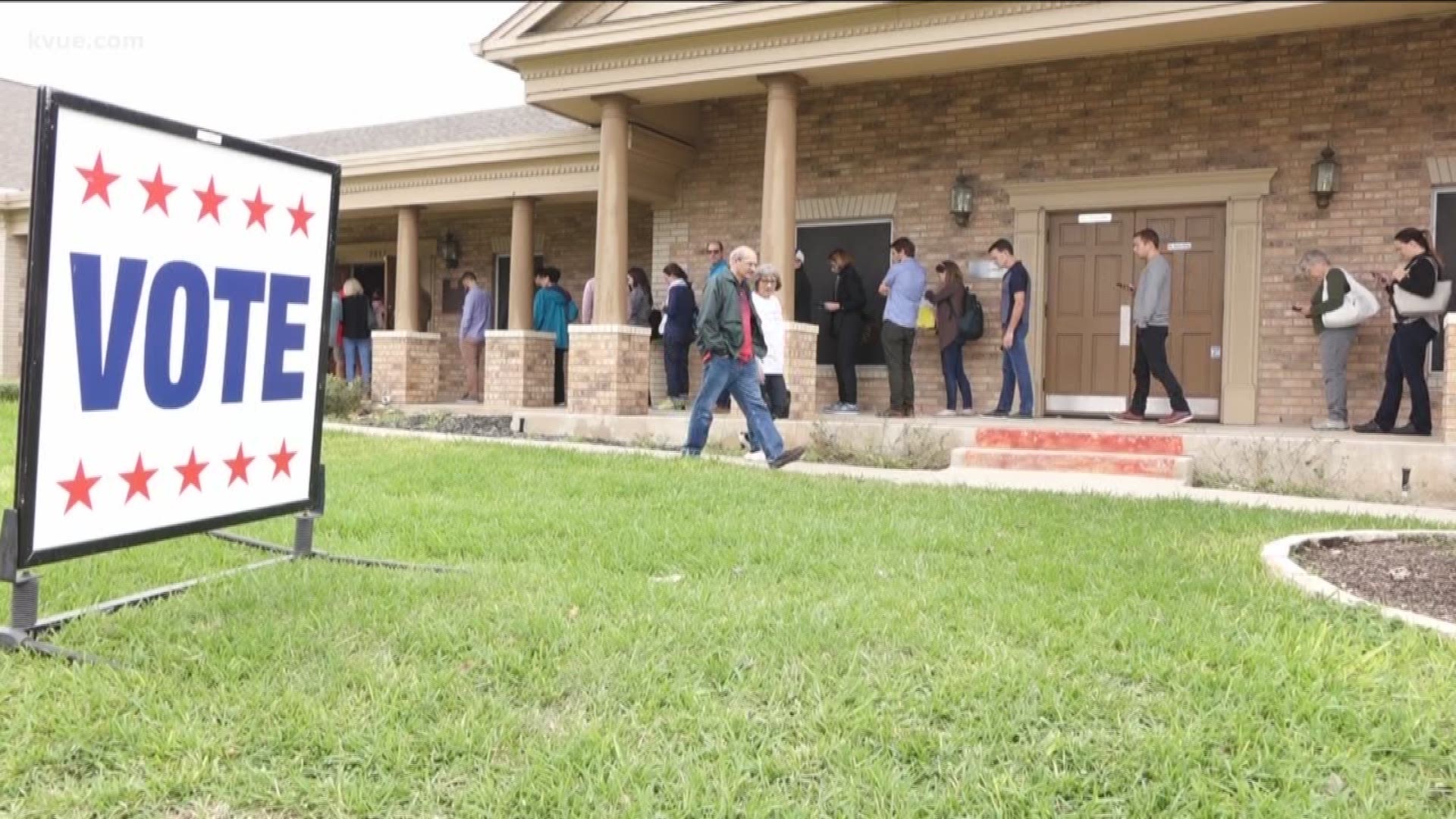 AUSTIN, Texas — Get ready to cast your ballot because Tuesday is Election Day!

There are 150 locations where people can cast their votes in Travis County and nearly 60 voting centers in Williamson County.

There are 10 Texas constitutional amendments on the ballot this year, along with a number of propositions depending on where you live.

Because this is a non-presidential year and there aren't any statewide races on the ballot, election officials are expecting fewer voters at the polls than previous years – an estimated 13% of the total number of registered voters statewide.

Both counties are utilizing new voting machines in this election.

Debeauvoir wants to remind voters to bring their photo ID and leave their cell phones at home.

"We're not trying to offend you at all," DeBeauvoir said. "It's not about you. It's about protecting the rights of your fellow voters. They have the right to be sure that they're not being recorded or videotaped in any way. It's about the polling place being a safe haven for all voters."

Also when you vote, she said to pay close attention to the summary screen and the details are given on each constitutional amendment that will help you verify your ballot.

"Check it on the summary screen before you print out your ballot the language on the two city propositions. The local county propositions are written in a way that you can tell what they are because we have control over local language," Debeauvoir said. "Obviously we can't control what the state language is."

If you're trying to get in and out quickly, you may want to avoid grocery stores. Debeauvoir said those voting locations tend to have the longs lines on Election Day.

WATCH: Vote Texas: Breaking down the state propositions on the 2019 ballot