District 6 and 10 will go to a December runoff, after each incumbent who finished first in the race did not receive 50% of the vote. 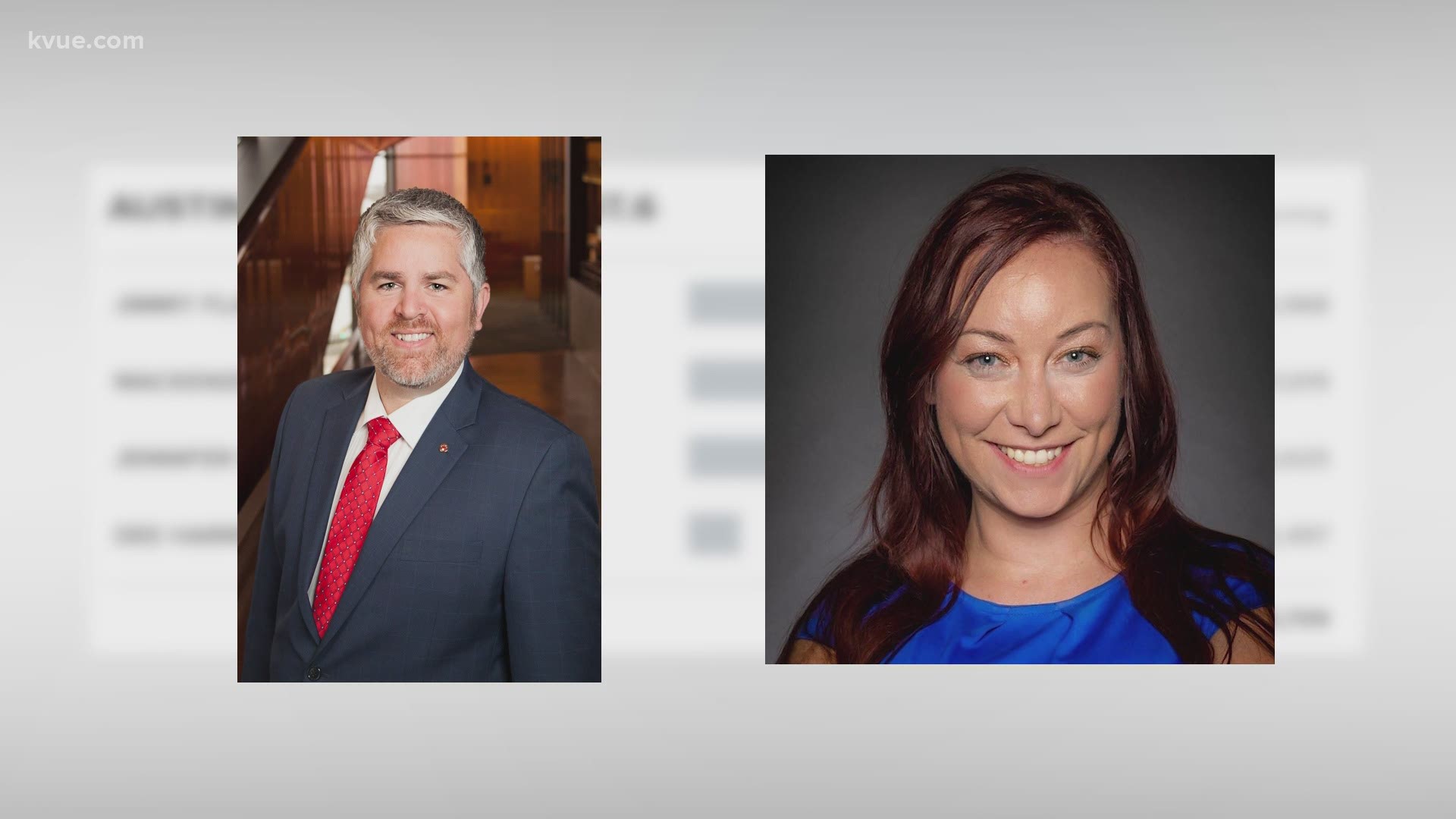 AUSTIN, Texas — The four incumbents running for re-election for Austin City Council faced opposition on issues like homelessness and policing from challengers.

The winners of each race must have 50% of the vote to win on election night, otherwise the top two candidates in races where the 50% threshold is not met go to a runoff in December.

By the end of election night, two incumbents claimed victory in Districts 4 and 7, as did one new seat in District 2. Two races will go to a runoff, in Districts 6 and 10.

"The council is the most active part of public policymaking in the city," said David Thomason, an assistant professor of political science at St. Edward's University, in an interview with KVUE on Oct. 2.

"If you're not happy with the status quo of the city, then you have to look at whether or not your councilmember as a challenger is much more aligned with your particular view because who is on the council is going to matter for the next four years in the city."

Districts 2, 4, 6, 7 and 10 were all on the ballot in this election, with incumbents running in four of the five races.

No matter what, a new face on the council would come from southeast Austin's vacated District 2 seat.

Vanessa Fuentes is the projected victor of District 2 after winning 56% of the vote, beating opponents Casey Ramos, David Chincanchan and Alex Strenger.

Incumbent Greg Casar claimed victory on Tuesday night and will keep his seat in North Austin's District 4 after winning 67% of the vote, beating opponents Louis Herrin and Ramesses Stepenre.

It was a tight race in northwest Austin's District 6, where incumbent Jimmy Flannigan finished in first place, but with 40% of the vote. He will face challenger Mackenzie Kelly, who took second and won 33% of the vote, in a runoff in December.

Incumbent Leslie Pool claimed victory on Tuesday night to keep her seat in North Austin's District 7, where she won 67% of the vote, beating challenger Morgan Witt.

In a crowded race, six candidates were going after incumbent Alison Alter's seat in northwest Austin's District 10. While Alter finished in first with 34% of the vote, she will face challenger Jennifer Virden, who took second and won 25% of the vote, in a runoff in December.

Reaction from the candidates

KVUE spoke to Councilmember Jimmy Flannigan on Wednesday about his reaction to the results of the race for District 6.

"You know, whenever you have a race with four candidates, it's always most likely that you end up in a runoff. And so I don't think there's a lot of surprise in any corners of the district or across the city," Flannigan said. "But I will tell you that I am energized. I am the top vote-getter in the race, which gives us all the momentum we need to win this thing in December."

Flannigan added his take on recent issues like homelessness and policing in Austin.

"District 6 voters know that homelessness is a challenge, it's a complex issue of public health and public safety and housing policy, as is police reform, when you're talking about the largest bureaucracy inside city government whose budget has nearly doubled in the last 10 years, while population has only grown by 30%," Flannigan said. "But District 6 also knows that you can't just say no to the policies that are being presented. You have to offer an alternative solution. And that is not something my opponent has ever been able to successfully do."

Mackenzie Kelly, who will face Flannigan in the December runoff, also spoke to KVUE on Wednesday.

"Well, my first thoughts are that we've done everything right that we needed to do to make sure we've had a strong message of public safety and for the disastrous homeless camping ordinance. And moving forward, we're going to continue to wear out the shoe leather that we have on our feet in order to make sure that we're victorious in the runoff," Kelly said.

She also talked about some issues her campaign is running on, including homelessness and policing.

"Well, I think it's important to have a fully staffed and well-trained police department right now. We’re in 2020 and our staffing levels with the police department are back where they were in 2015, which doesn't make much sense to a population of our size. I believe that in order for them to be fully trained, they need funding, in order to be the best police force in the nation and to support our community," Kelly said. "As far as overturning the camping ban ordinance, there's a false narrative being spread around that I want to recriminalize homelessness. That's not true. There are alternatives to letting them lay all under the overpasses in unclean and unsanitary conditions that will help lift them up out of homelessness by connecting them with resources where they need."

Kelly is the president of Take Back Austin, a local advocacy group aimed at "restoring common sense and community impact in our local governance" and "exploring common-sense solutions for the challenges we face."

"D10 voters care about how the incumbent has recklessly voted on the council regarding issues that directly affect their pocketbooks, their property values and their security. We're not interested the incumbent's trite sound bites or in politics as usual – we in D10 are interested in restoring our quality of life. That's our message, and we're going to win with it."

Virden is an independent real estate broker and remodeling general contractor. She is opposed to Project Connect, believes in reinstating the city's camping ban and is opposed to defunding the police.

Alison Alter told KVUE in an interview on Wednesday she is feeling confident going into the December runoff, also touching on her message to voters, specifically regarding homelessness.

"My message to voters is that we need to help our homeless neighbors transition into housing as quickly and as effectively and as efficiently as we can, and we need to also manage our public spaces, for the rest of the community has very legitimate concerns about how things are playing out in those spaces," Alter said.

In October of 2019, Alter was among several councilmembers who supported a more specific plan that would add bans in more areas and make the ordinance clearer for enforcement.

She added the key issue for her district is how to manage growth.

"For my district, you know, the key issue is really, how do we manage growth? And there are key differences between myself and my opponent on the land development code. I've been in the trenches working hard to make a land development code revision that works for all Austinites. I have been voting no at every step of the way. I understand the nuances. I know the ins and outs. I know when a small change can mean huge ramifications. I know the district," Alter said.

She also touched on climate change and systemic racism, as well as broadband infrastructure.

"We have multiple crises that we're dealing with right now, not just the pandemic and high unemployment, but systemic racism and climate change. I have been a strong proponent of combating climate change and working towards environmental and sustainable processes, and I want to continue that work," Alter said.

District 4 incumbent Greg Casar spoke with KVUE on Tuesday night after he claimed victory, saying he was especially pleased with the voter turnout in his district.

"I'm really appreciative. I'm so grateful that we have the continued opportunity to push to make sure that Austin is a model for what a more inclusive governance can look like," Casar said.

District 7 incumbent Leslie Pool posted a statement on her Facebook Page on Tuesday night after claiming victory, saying in part, "This has been quite the year for all candidates running for office. I am gratified to have received such strong support for my work on council from my District 7 neighbors. Many challenges remain, and I look forward to continuing to represent District 7 and residents across our beloved city."

How some Texas counties flipped during the 2020 presidential election 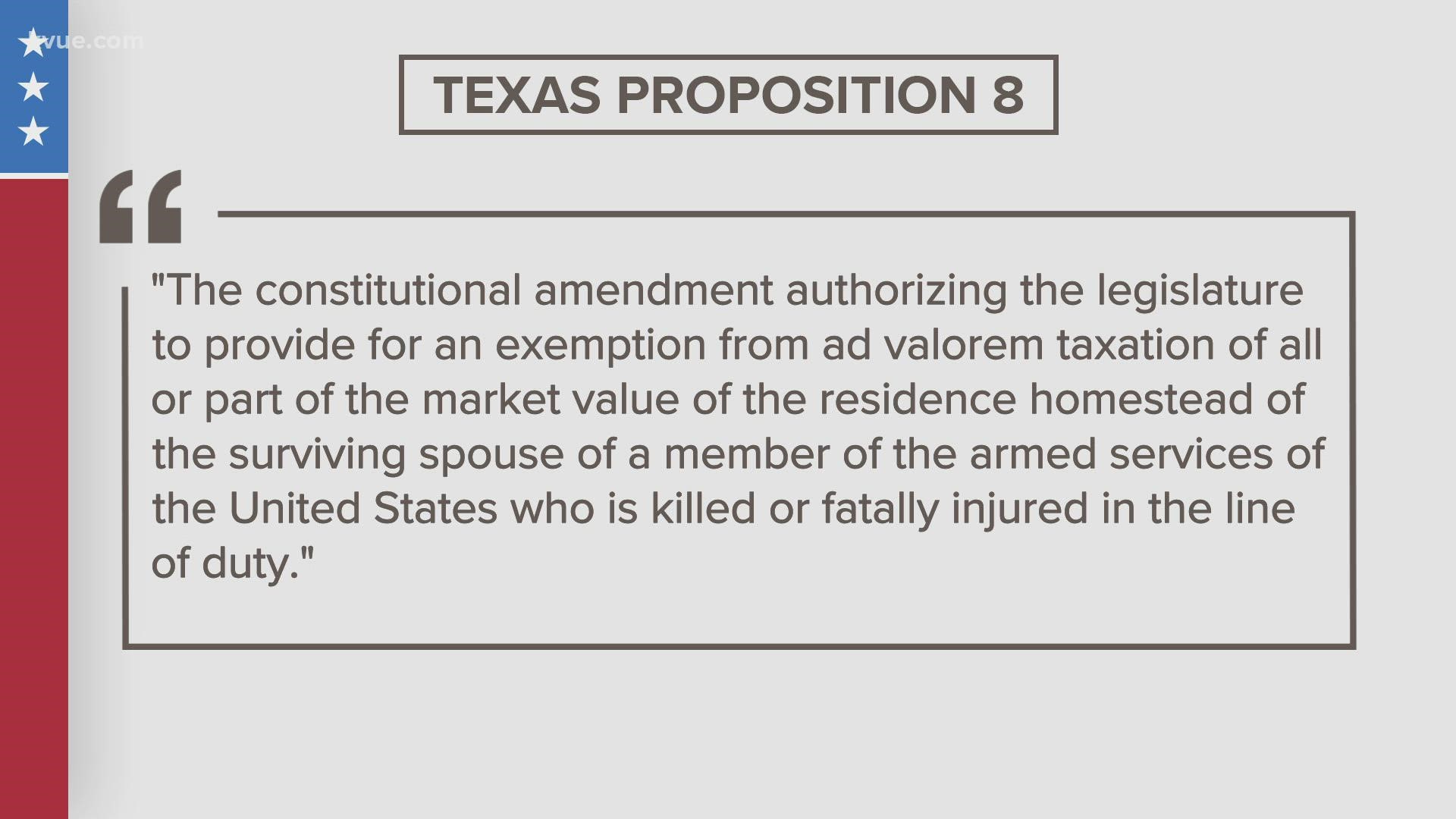