More than 35,000 people voted during the first day of early voting in Travis County 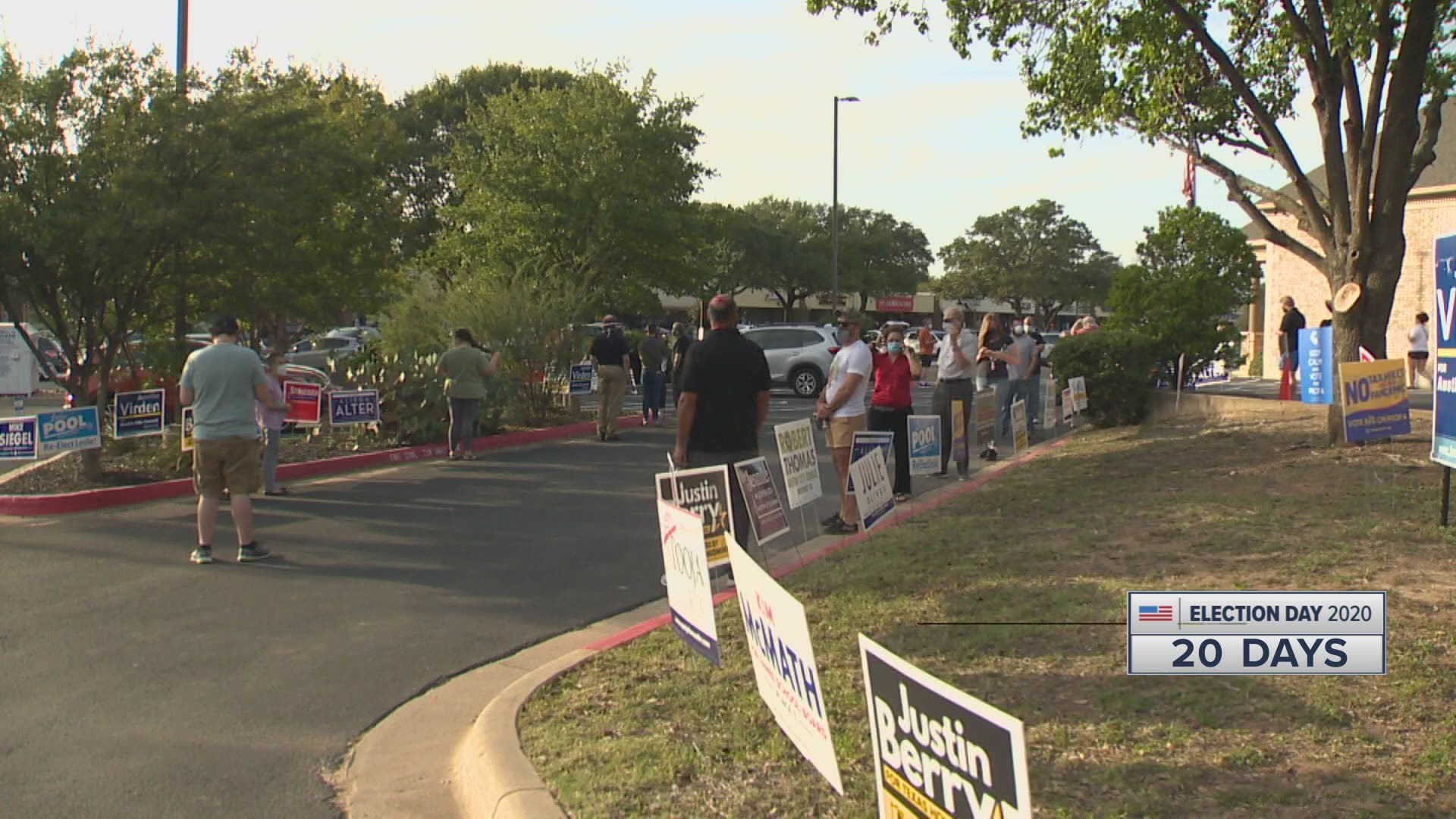 Long lines were a common sight at many of the county's 37 early voting polling locations, with some voters waiting more than an hour to vote.

"We knew that today was a big day. It's bigger than we thought," Travis County Clerk Dana DeBeauvoir said Tuesday afternoon.

RELATED: Some voters wait in long lines on the first day of early voting in Williamson County

35,873 people voted early in person today. You can view early numbers by location on the Clerk’s website under daily vote totals. https://t.co/8n2iNRVE5Y

This high turnout meant the county's online wait time map was, at times, a bit misleading. The scale only went up to "over 20 minutes," but that could mean an hour or more. Those locations were marked in red.

"I agree that if we have an hour-long line, it's not helpful to tell voters that [the waiting time is] more than 20 minutes," DeBeauvoir said.

Toward the end of the first early voting day, the county changed its online wait time map to be more precise. The red color now means "over 51 minutes."

Also, at several locations, there were problems with the ballot scanners, causing some people to worry that their vote wouldn't be counted.

RELATED: Some problems with voting machines in Travis County confirmed on first day of early voting

But DeBeauvoir said there's no need to worry.

"We actually scan [the ballot]. They get turned over to the ballot board and the ballot board makes all the decisions about it. And all we need is an affidavit from the polling place that says, 'Here's what happened,'" she said.

It’s 5:42 p.m. and there’s still a long line at the Ben Hur Shrine Temple on Rockwood Lane and Foster Lane. This tends to be one of the busiest polling locations. It looks like the line is moving smoothly, though! #EarlyVoting @KVUE pic.twitter.com/vPnwr8YIfZ

Many of the early voting poll workers are new, DeBeauvoir added, and some of them had first-day jitters. But the process should be smoother moving forward now that they have repeated the steps multiple times.

WATCH: Early voting in Travis County: Some voters met with technical difficulties at the polls