According to the poll, more young people support Sanders, while older voters back Biden. 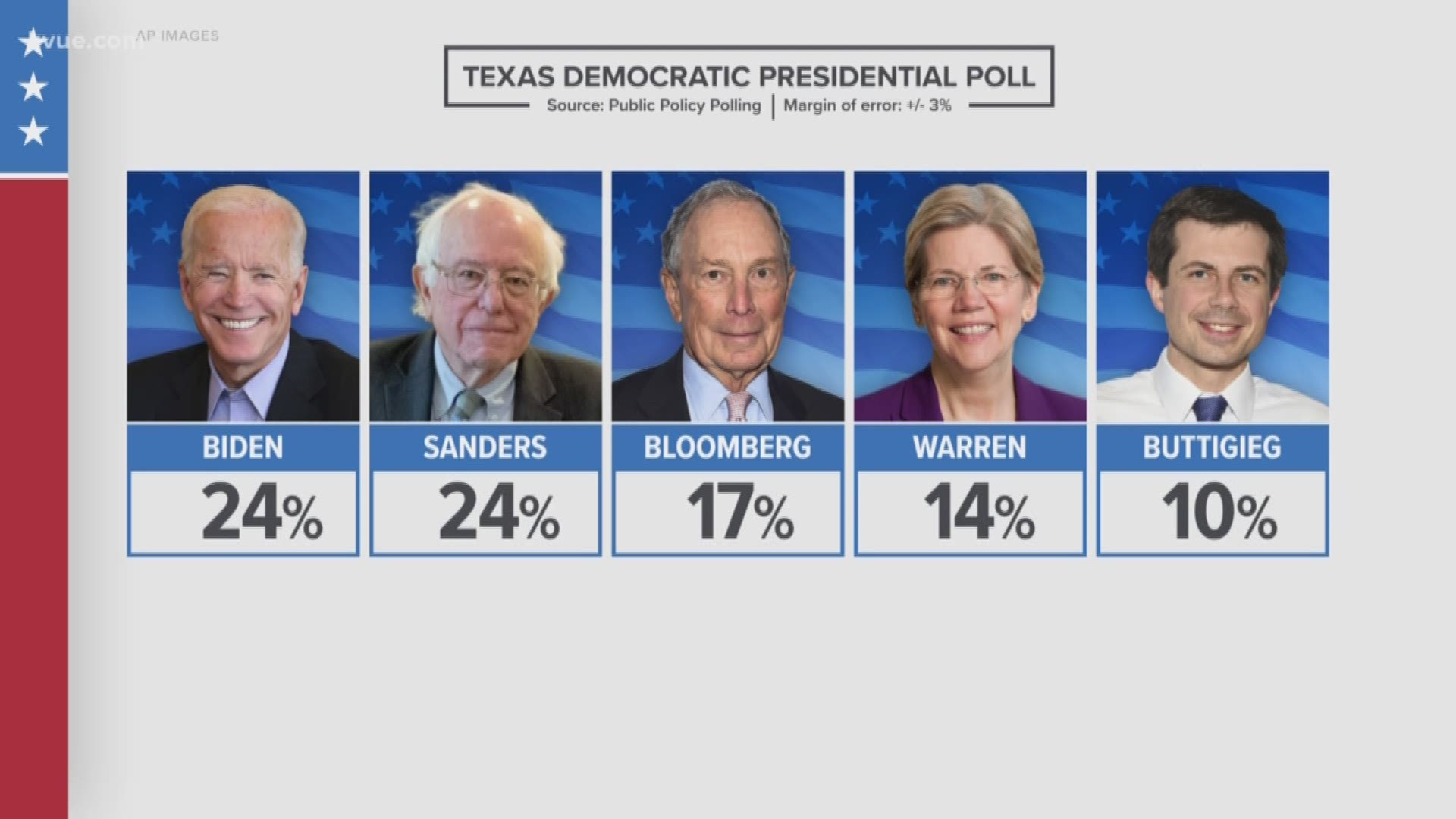 A Progress Texas poll said Bernie Sanders and Joe Biden are tied, each with 24% support among Texas Democrats.

According to the poll, more young people support Sanders, while older voters back Biden. Forty-two percent of voters younger than 46 picked Sanders and 38% of voters older than 66 said they are with Biden.

The poll also showed that Texas Democratic voters favor candidates who are for progressive values, with health care emerging as the single most popular issue.

Early voting for the Texas primary ends on Friday. Super Tuesday is Tuesday, March 3. For more information about voting, from polling sites to sample ballots, check out the KVUE voting guide.