In a press conference on Tuesday, Assistance Chief Joe Chacon said the department will be on alert for the week of the election. 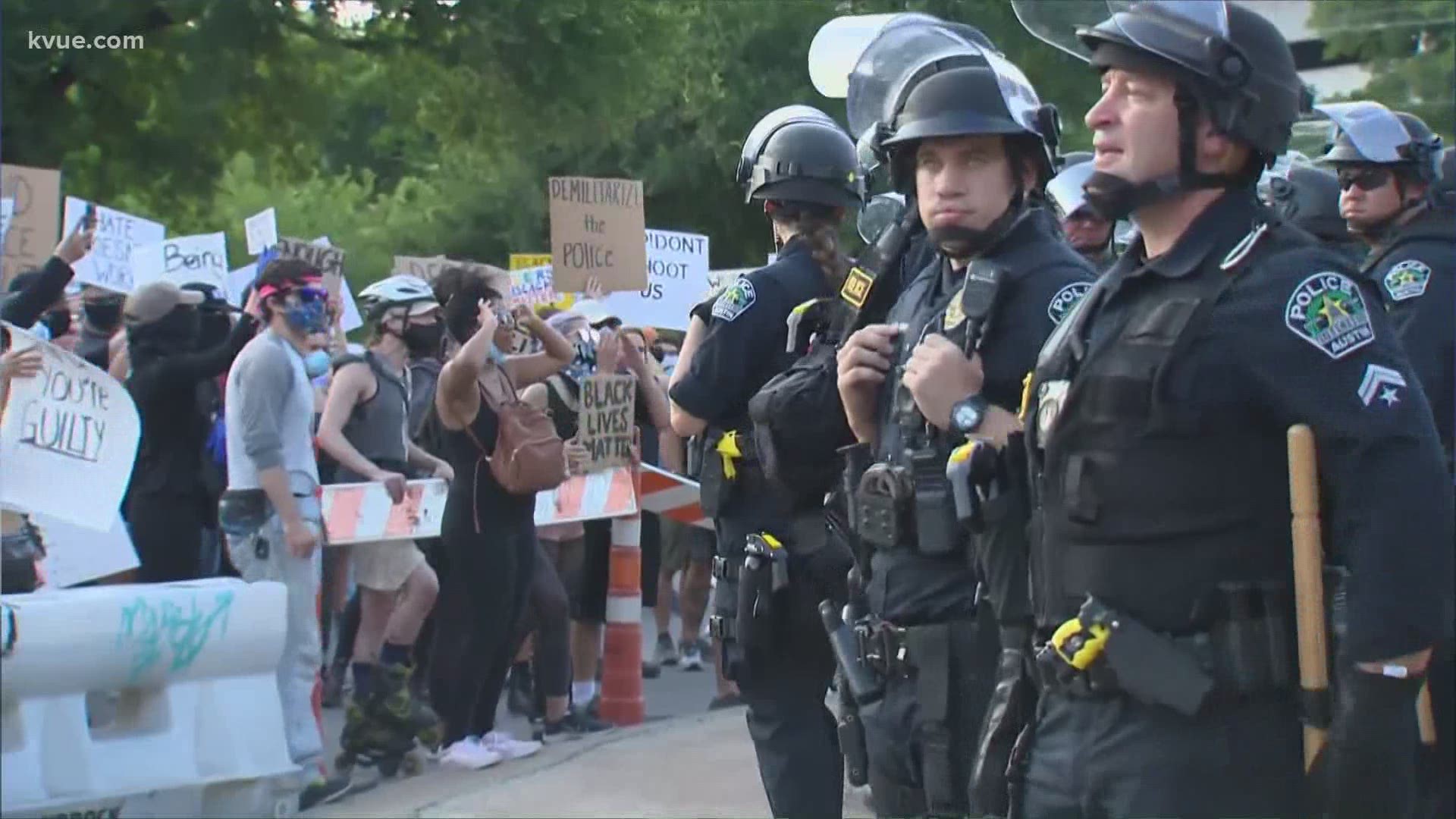 AUSTIN, Texas — As early voting gets underway in Texas, the Austin Police Department is making citywide plans for a safe election period.

In a press conference on Tuesday, Assistance Chief Joe Chacon said the department will be on tactical alert for the week of the election, Nov. 3, as large crowds are anticipated at polling locations.

Chacon said while there is no specific information about any planned unrest, police will be prepared should something happen.

He said officers are prepared for potential protests that could become unlawful as the department balances the right to protest with public safety.

APD typically goes on tactical alert for special events such as South By Southwest, when large crowds are expected in Austin, he said.

"Every officer in the department, regardless of where they work, will be in uniform and will have their equipment and ready to respond wherever necessary," said Chacon.

As early voting continues, police are not stationed at or actively observing polling stations. However, all officers are aware where polling locations are and can drive by for patrol as needed, Chacon said.

"For instance, somebody has been asked to leave and they don't want to leave, then it might be appropriate for APD to go ahead and respond and we would in those certain cases. But apart from that, APD really does not have an active role in the site's security necessarily other than just to maintain the peace," said Chacon.

Each polling station has an election judge actively monitoring all rules to be followed, as well as poll watchers that observe to ensure a free and fair election is taking place without intimidation. Travis County is in charge of staffing those positions.

While police have no active role in the security of the polling stations, Chacon said judges and poll watchers are aware of when it is appropriate to notify law enforcement – for example, if a person has been asked to leave and they refuse.

Some polling locations across Central Texas already saw long lines and some technical glitches on Tuesday as early voting began.