Analysis: It's harder to vote in Texas than in any other state

Voting laws in Texas are the most restrictive in the country. And voter turnout here is among the lowest, too. Maybe those facts are related. 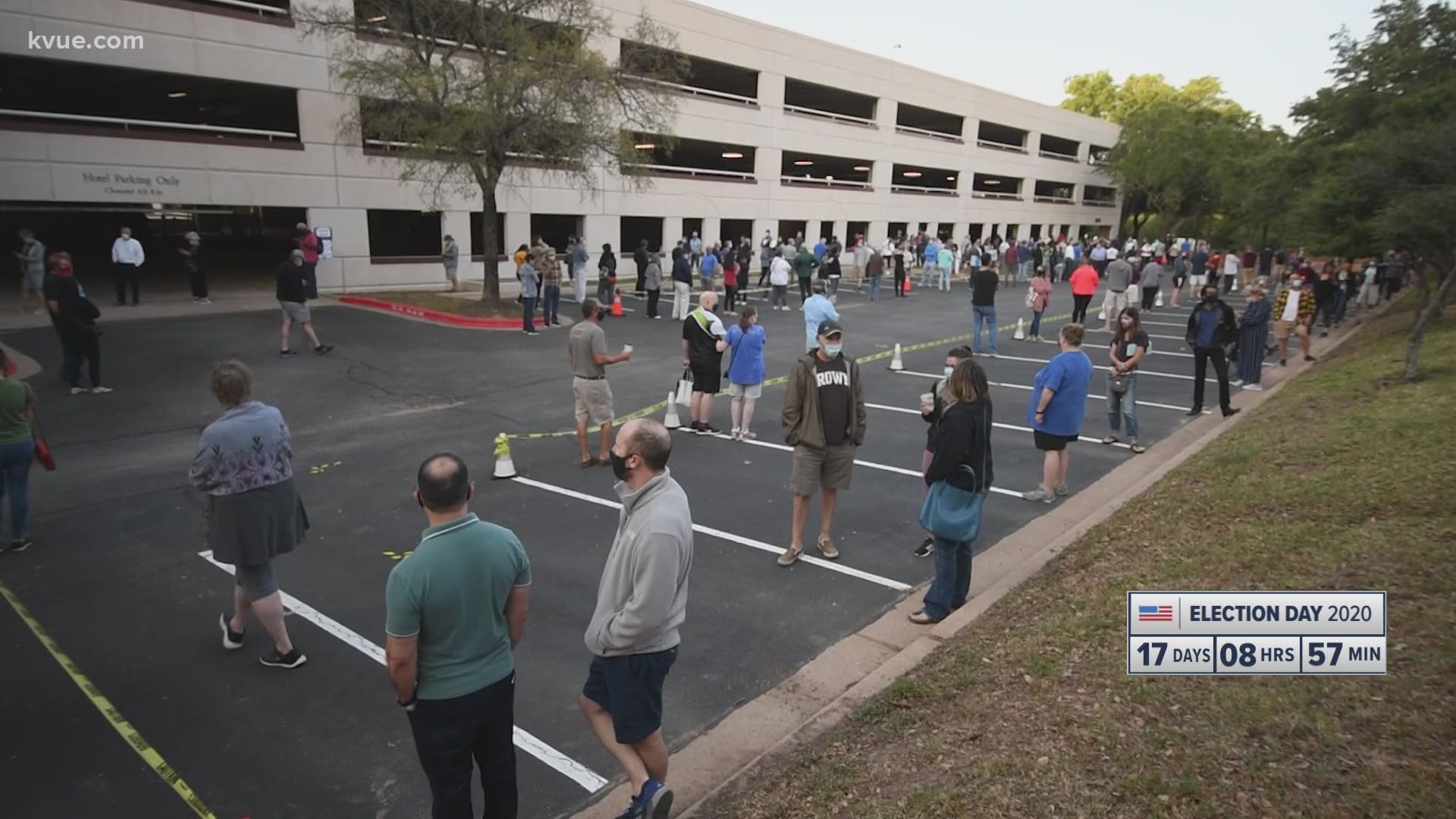 THE TEXAS TRIBUNE – How hard is it to register to vote and then to vote in Texas?

It’s harder than in 49 other states, according to a “cost-of-voting index” compiled by political scientists at Northern Illinois University, Jacksonville University and Wuhan University in China.

Obviously, it’s not impossible to vote in Texas; more than 10% of the state’s registered voters — about 2 million citizens — had already cast their ballots, either in person or by mail, by Thursday night. That’s certainly a sign of enthusiasm, and could either be a signal of a bigger-than-normal turnout or that a lot of Texas were itching to vote and did so as soon as they could.

But the state has erected obstacles throughout the voting system, and when you compare the comfort and convenience of voting in Texas with other states, Texas ends up at the bottom of the list.

Voting and election law is a persistent struggle in Texas between those who want to knock down impediments to voting and those who think more safeguards are needed to secure the process and the results — though the evidence for this is both anecdotal and thin.

That particular battlefield ranges from voter ID to current legal battles over how many drop-offs each county is allowed to provide for voters who would rather not put their absentee ballots in the mail, who’s eligible to vote by mail and whether counties with curbside voting are making things too simple.

Here’s how the researchers wrote up our state’s position on the list: “Texas maintains an in-person voter registration deadline 30 days prior to Election Day, has reduced the number of polling stations in some parts of the state by more than 50% and has the most restrictive pre-registration law in the country, according to the analysis.”

States at the top of the list — where it’s easiest to vote — have voting conveniences that aren’t available here, like online voter registration, automatic voter registration and allowing voters to register as late as Election Day. (The Texas deadline was Oct. 5.)

Some have universal mail-in voting, which the study considers a hallmark of a state where it’s easy to vote. In Texas, voting by mail is only available to people ages 65 and older, to eligible voters confined to jail, for voters who are out of their county of residence during voting, and for voters who cite a disability that prevents them from safely going to the polls.

And higher-rated states require only a signature for in-person voting, instead of tight voter photo identification laws like the one in Texas.

Texas has one of the lowest voter turnout rates in the country, turning out 45.6% of its population of eligible voters in 2018, compared with a national average of 49.4%, according to the United States Election Project. In the last presidential race, in 2016, turnout was 51.4% of the state’s eligible voters, a number that includes adults eligible to vote whether they registered or not. The national average was 60.1%.

The cost-of-voting index is an update of a study that includes indexes for elections back to 1996. In 2016, Texas was fifth from the bottom of the list, in company with Indiana, Tennessee, Virginia and Mississippi. This time around, Texas is behind every other state, in the bottom of the barrel with Georgia, Missouri, Mississippi and Tennessee.

Maybe the low turnout in Texas is related to the state’s restrictive voting laws. Maybe eligible adults in Texas are less interested in voting, and the state’s voting laws are just an excuse for the low civic engagement.

There’s a way to find out, if state lawmakers’ goal is to get more Texans voting. If they wanted more people to vote, they’d make it easier.