Incumbent Alison Alter and challenger Jennifer Virden faced off for the District 10 city council seat in a runoff election on Dec. 15. 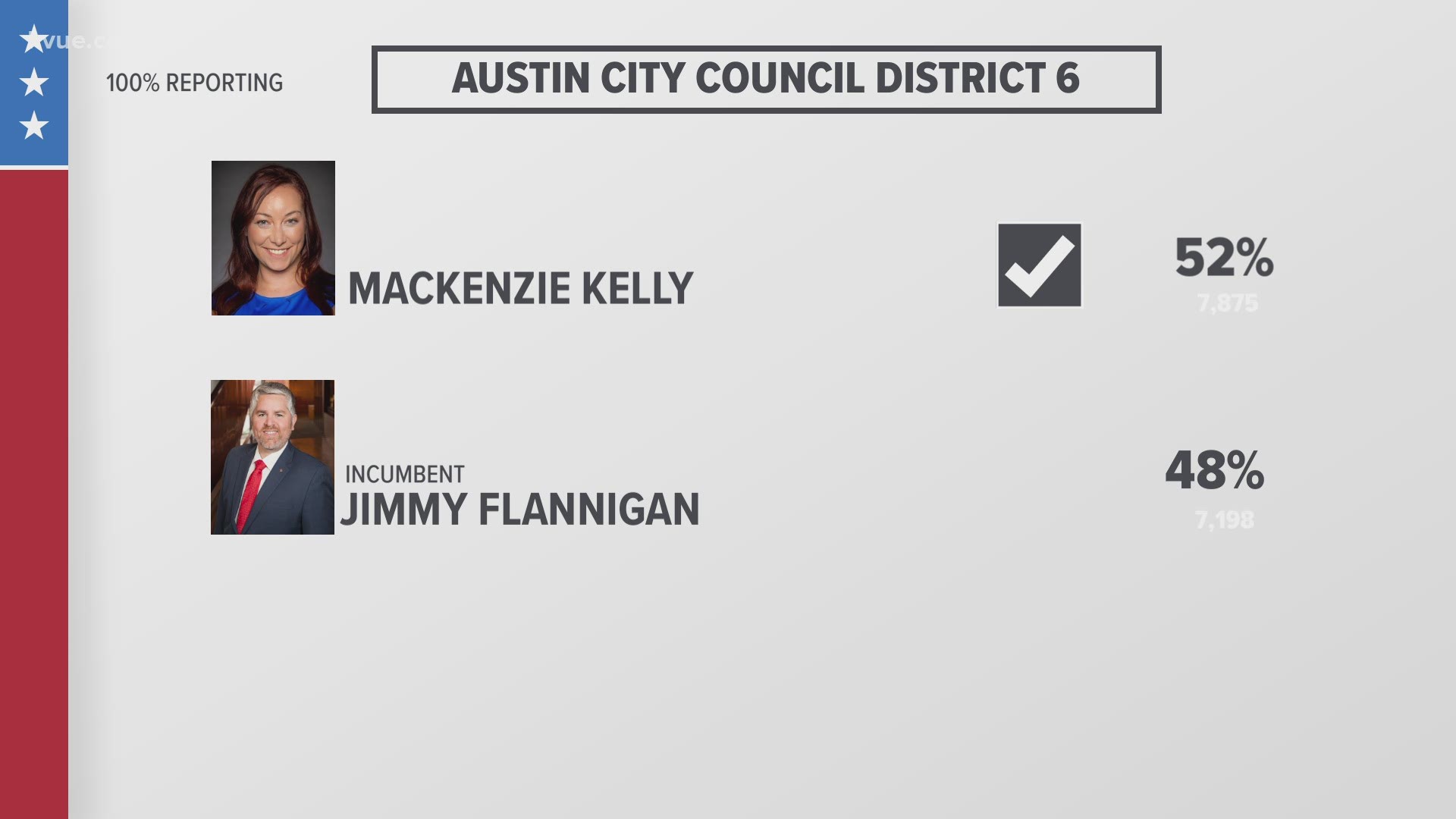 AUSTIN, Texas — Residents of the City of Austin’s District 10 have voted to re-elect Alison Alter to the dais following the Dec. 15 runoff election. The district includes parts of northwest and West Austin.

In the November election, Alter led a field of seven candidates with 34.76% of the vote. Virden came in second with 25.35% of the vote. The two faced off in a runoff because there was not a candidate who got more than 50% in the general election.

She released the following statement about her victory:

"Thank you to the voters of District 10 who voted in favor of my integrity, policy experience, and proven leadership, and against the politics of fear. I look forward to serving another four years representing District 10. Austin’s best days are in front of us!"

Virden also released a statement on her social media platforms.

Alter describes herself as a “mom, an entrepreneur, a community advocate and an educator.” She launched Alter Advertising, a philanthropic advertising practice, in 2013 and has over 20 years working in higher education, the nonprofit sector and through public-private partnerships, according to her website. Read about Alter’s stance on a variety of issues.

She has previously served as a member of the Texas Colorado River Floodplain Coalition and the Clean Air Force of Central Texas Board of Directors. She also serves or has served with various community and neighborhood advocacy and public service organizations.

Alter has a Ph.D. in political economy and government from Harvard University and a B.A. in public policy from Stanford University. She lives in Rosedale with her husband, a University of Texas at Austin professor, and their two teenagers.

Congratulations @ALTERforATX on your re-election! I look forward to our continued work together – there is so much more to do!

Brace yourselves! Another punch of cold air is coming our way.