The three gymnasts are asking lawmakers to pass a bill extending the statute of limitations for civil lawsuits against abusers and the organizations that employ them. 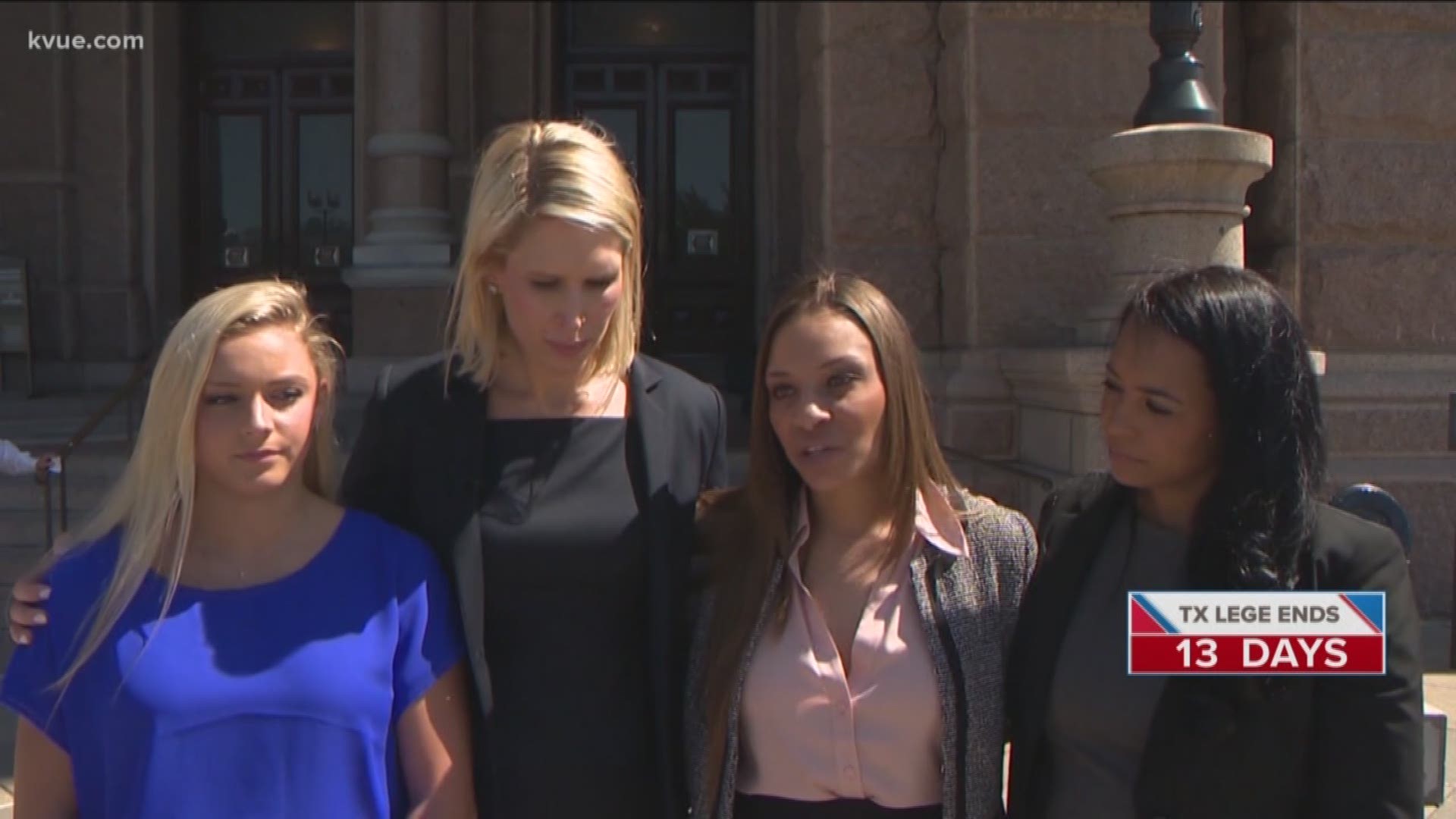 AUSTIN, Texas — Survivors of sexual abuse by former USA Gymnastics team doctor Larry Nassar testified at the Texas Capitol on Monday, asking lawmakers to pass a bill extending the statute of limitations for civil lawsuits against abusers and the organizations that employ them from 15 years after the survivor's 18th birthday to 30 years.

House Bill 3809 (HB 3809) already passed in the House of Representatives, but was changed during the debate to take out organizations and companies that employ abusers.

When Austin Senator Kirk Watson, who is carrying the bill in the Senate, presented it to the Senate State Affairs Committee on Monday, he added that language back in. Watson told his colleagues Child USA estimates abusers have 150 victims on average and that many of them are able to abuse so many children because they're being protected by their organizations. He added the bill is about survivor empowerment, justice and prevention.

Three women who suffered abuse by Nassar in Texas traveled to the Capitol to urge lawmakers to pass the bill.

"Larry was a shoulder to cry on," Olympian Tasha Schwikert told lawmakers as she described his grooming process. "We were restricted food, so Larry would provide us and sneak us food. We were in pain, so Larry would cover up our injuries and help us cover up our injuries by giving us painkillers and injections. And he would provide "vaginal manipulations," where he told us and convinced us that there were trigger points in our vaginal area that would help heal our injuries."

Senator Watson also noted most survivors do not come forward to accuse their abusers until the ages of 48-52. Under current law, the statute of limitations runs out when the victim is 33 years old. Watson's version of the bill also allows a judge to award compensation in an amount three times the current limit. He explained organizations would be deemed liable based on the standard of what a reasonable person would have known and clarified that the burden of proof still lies on the survivor.

After the hearing, the women and attorney Michelle Simpson Tuegel spoke about the need to include organizations in the bill.

"But for USA Gymnastics' toxic environment, an environment of fear where we weren't able to speak up and share our emotions and but for MSU fraudulently concealing evidence of abuse of gymnasts, Larry would have never been able to do what he did," said Schwikert. "And so these organizations who are harboring individuals like Larry need to be held accountable."

"When I had a back injury, stress fractured back, he was still doing his treatment on me during that time when I should have just been resting my back. But he was doing it for his own pleasure, his own good," added Schwikert's sister, Jordan Schwikert, who now coaches gymnastics. "So I'm here fighting for justice to make sure these kids are protected."

"I was abused for many years, up to 2015, which was very recent," said 20-year old Alyssa Baumann. "And it was because USA Gymnastics created a culture of silence and fear and we were instructed to go see Larry Nassar with or without supervision. And I just want to make sure that children in the future are able to enjoy the sport without worrying that will happen to them."

The Senate Committee on State Affairs left the bill pending. They are scheduled to meet again this week and could vote on whether to send the bill to the full Senate for consideration at that time.

VERIFY: 'Avocado Stick' is a parody product, but many missed the joke