A reporter said the representative cut the town hall short before returning to the stage to 'start over.' 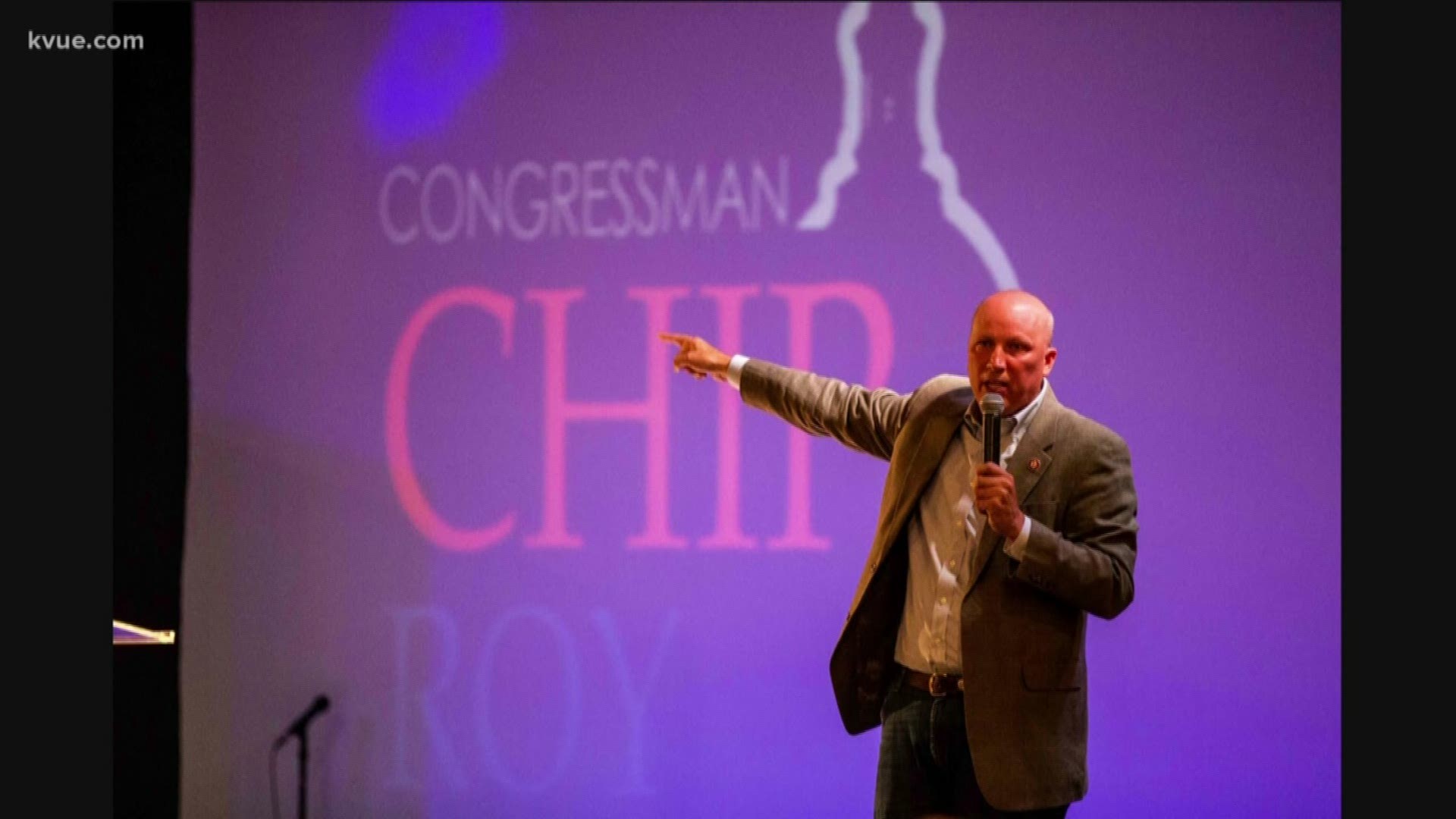 SAN ANTONIO — Editor's note: All of the photos in the above video are courtesy of our partners at the Austin American-Statesman.

A town hall event in San Antonio on Aug. 20 for U.S. Rep. Chip Roy got heated, according to multiple reports.

The town hall event, which took place at Compassion Church in San Antonio, is the first of four town halls Roy plans to host.

During the town hall, Roy began to share lessons from a trip to Israel he took with about 80 Republican and Democratic colleagues, KVUE's media partners at the Austin American-Statesman reported.

While he and the other members of Congress were in Israel, Rep. Ilhan Omar and Rep. Rashida Tlaib made headlines as they tried to visit Israel, but were momentarily denied access by the country.

Roy reportedly said he took offense to how Omar and Tlaib approached their visit to Israel.

People in the back of the town hall began telling Roy to talk about issues that concern his district, to which Roy reportedly responded, "Be respectful or leave. I'm not going to allow you to take over this event," according to Patrick Svitek, a reporter with the Texas Tribune.

The Statesman reported that he went on to say that lawmakers cannot balance the budget, get health care prices down or secure the border when "Nancy Pelosi and Alexandria Ocasio-Cortez are preventing us from doing what we need to be able to do."

About 20 minutes into the town hall, people from the audience continued to interrupt him. Svitek reported that some audience members even argued with each other. Svitek said that after 34 minutes, Roy wrapped up.

After speaking with some audience members, Roy reportedly got on the stage again to take questions and "start over."

Wednesday afternoon, Roy released the following statement about the town hall via Twitter:

"A note about last night’s town hall in San Antonio.  It was a great event, hosted by a great Pastor who opened up his church, filled with great Texans, but was briefly interrupted by a few loud voices who do not represent #Tx21 in the slightest. It was interrupted allegedly on the basis of my statement(s) on Israel.  But that was just an excuse, because it was then continuously & purposefully interrupted on all topics raised… Border Security, Guns, and more. This is not new. And it is expected. For all who stayed the duration, we had a great talk about healthcare, guns, border security, spending, natl security, & myriad topics of interest to central Texans.  There was agreement & disagreement, but minus the handful of antagonists, it was productive. On healthcare, we talked about how pharmaceutical companies shouldn’t game patents for profit, how PBM’s shouldn’t add costs, & ways we are looking to drive down prices (e.g. insulin)… while, yes, promoting the very profit-motivated innovation that produces great medicine. More on healthcare, we talked about my bill to create #HealthSavingsAccounts to allow people to save, own their healthcare, go directly to doctors (#DPC), allow business to contribute with same tax break, use health-sharing, & how to drive prices down! On guns & crime, we talked about how our culture & society is broken, how we don’t enforce existing laws, how FBI & DOJ don’t focus on ideology-based criminal activity enough, & how any laws must protect due process & constitutional rights. On spending, I expressed my belief we have a spending problem not a revenue problem (that revenues are up this year) & my frustration with the GOP & Democrats for lack of seriousness to limit spending, & highlighted my efforts to change that. On the border, I shared my experiences visiting the border – the fact we have approx. 600,000 people who have been “caught & released” & this is bad while cartels get empowered & both Americans & migrants get hurt because we fail to do our job. More on the border, we discussed ways to solve the problem – like we now see today the President addressing the Flores “catch & release” problem driving much of the traffic, and my legislation to designate cartels as Foreign Terrorist Organization. And we discussed numerous other issues… as we should.  To be clear – Tx Indivisible has no interest in civil dialogue, they have a radical, leftist, agenda that is out-of-touch with the vast majority of Texans in #Tx21 and beyond. And a note on Israel.  I brought up Israel on purpose – because our bipartisan trip there was exceptional.  Israel is our ally and a strong democracy.  They are small, but defend against hostile enemies – including Hezbollah’s 130,000 rockets pointing at them. They are a democracy, with about 1.9 million Arabs representing 20% of the population… with Arab members in the Knesset.  They are a happy people (13th happiest in the world) who have an outstanding culture of community The West Bank needs more work, but it is far better than Gaza since Israel pulled out, where there is economic collapse & turmoil under Hamas leadership – which continues to target Israel (while Israel continues operating power plants to power Gaza). A number of my Democrat colleagues chose to support BDS & refuse to acknowledge the truth that Israel is a strong ally, support our intelligence & missile defense, & operate on the front lines against terrorism, & those colleagues’ actions risk our national security …& thus they risk the security & well being of #Tx21, for not the least reason, that we have a strong military presence, Army Futures, Fort Sam, & in addition, critical high tech & cyber security w/ which we partner w/ Israel (as we discussed w/ @Netanyahu). And notably, the #4Speakers (Omar, Tlaib, AOC, Pressley) & their leftist ideology & continued anti-Israel bias have totally captured the Democrat-led House hostage & no amount of revisionism or shouting by Tx Indivisible will change that, rather amplifies their radicalism. Finally, I have come to know @JTiloveTX  & find him to be a straight-forward journalist. I appreciate @TheTexanNews countering a narrative re: Israel in his @tatesman story, it’s been amended, but regardless he has a job to do & I look forward to seeing him on the trail."

Former Sen. and gubernatorial candidate Wendy Davis has announced she is challenging Roy in the 2020 congressional race. 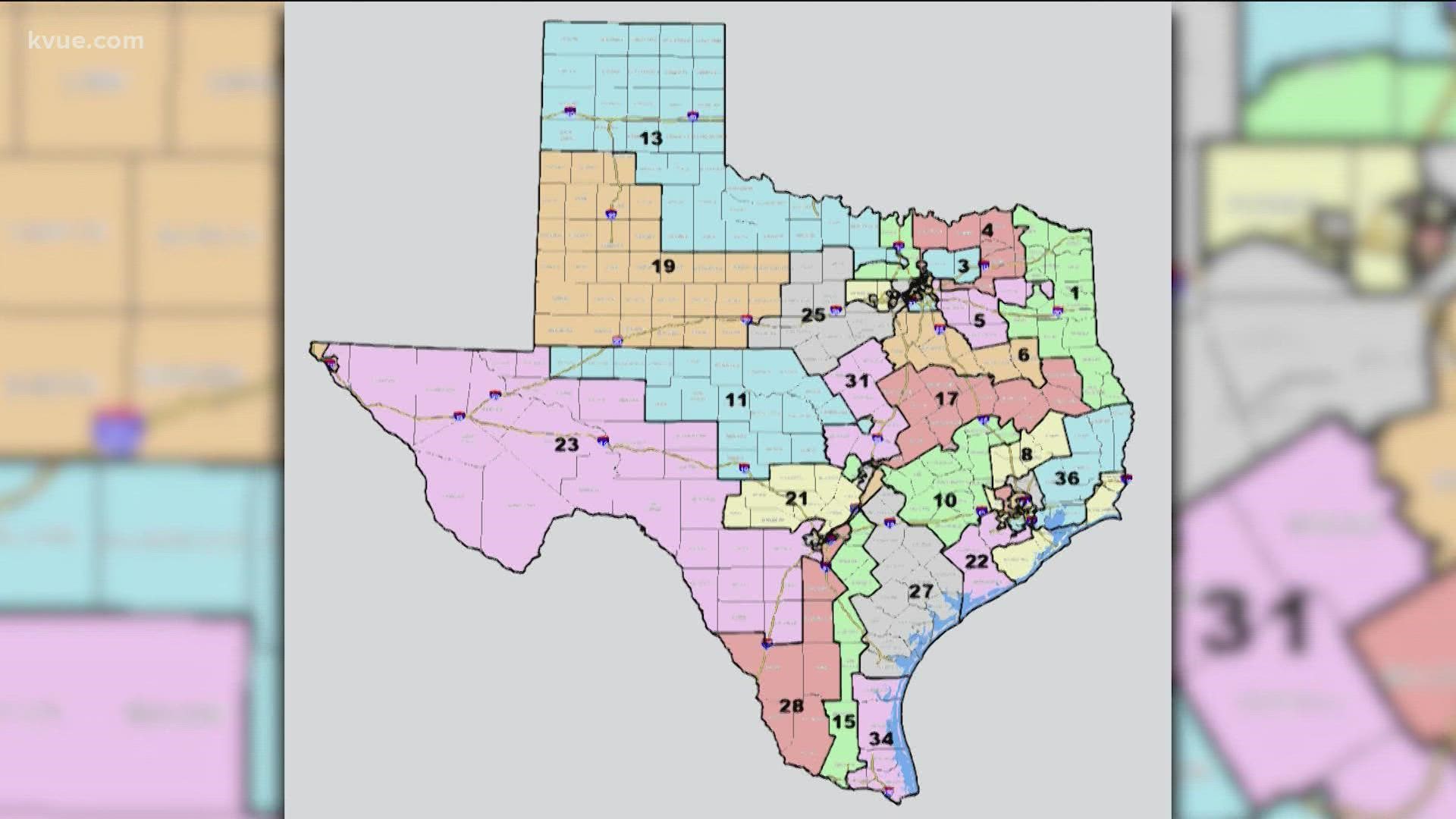