KVUE spoke with Dr. William Inboden, the executive director at the William P. Clements Jr. Center for National Security at the University of Texas at Austin. 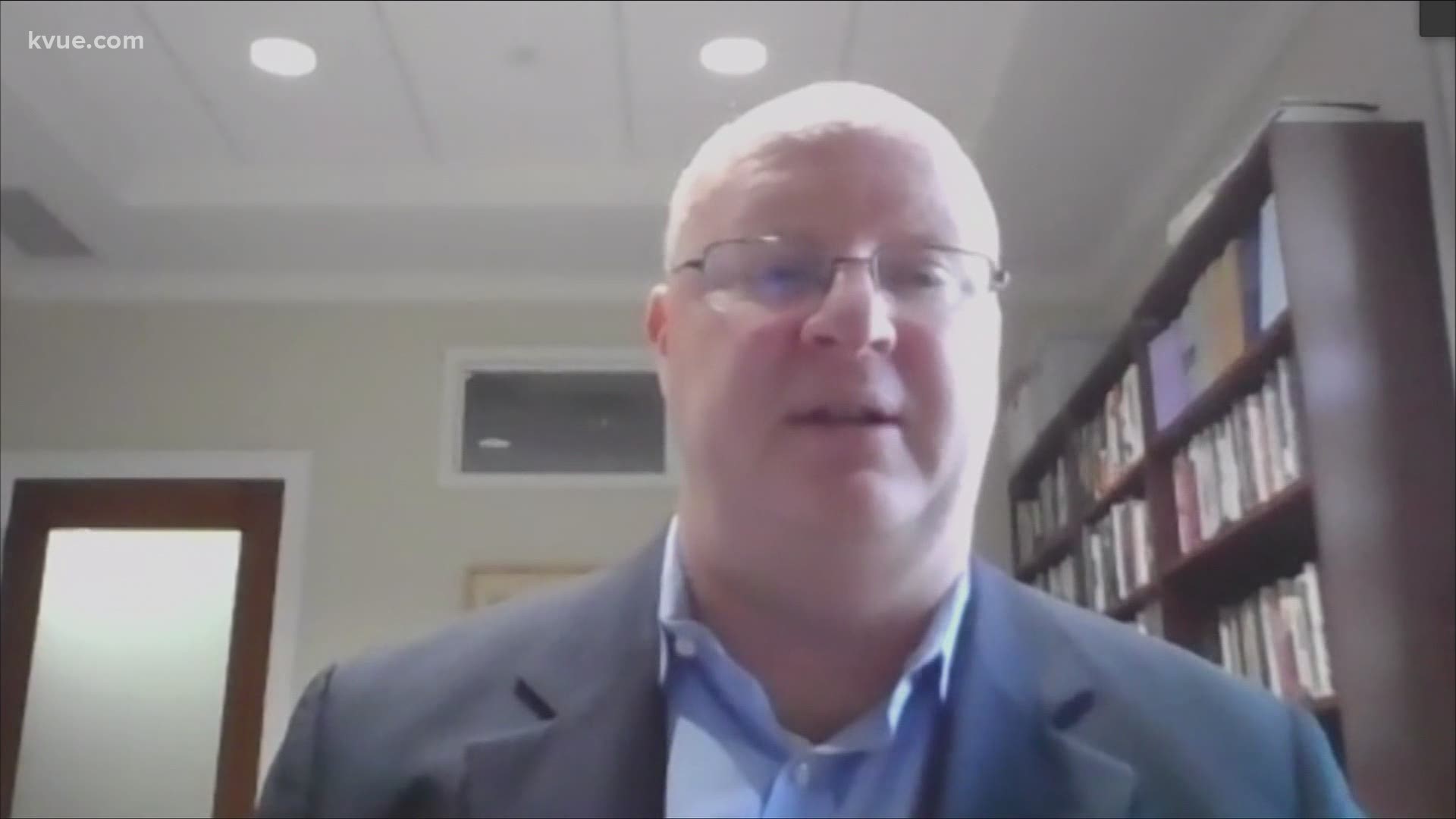 AUSTIN, Texas — The breach at the U.S. Capitol is raising concern about national security and the transition of power at the White House.

KVUE spoke with Dr. William Inboden, the executive director at the William P. Clements Jr. Center for National Security at the University of Texas at Austin.

Here's a look at the conversation with Inboden:

Q: Well, there was a clear failure of security at the U.S. Capitol building yesterday. In your career, you've worked on Capitol Hill before. Who's responsible for what happened yesterday?

Inboden: Well, Bryan, the primary responsibility is with the Capitol police. They're the front line of defense and security at the Capitol. I was working as a congressional leadership staffer back in 1998 when we had a deranged gunman break into our office and he actually killed the two Capitol police officers, including one who saved lives of many of our staff. And so it was a terrifying moment. But I saw firsthand then the heroism of the Capitol police. But at the same time, it's clear yesterday there was a real breakdown. I think the Capitol police leadership did not do enough to prepare their officers, but also the Department of Homeland Security and the FBI, who are supposed to be monitoring domestic terrorism and extremist threats and potential violence, probably didn't do enough to notify the Capitol police ahead of time as well. So there seemed to have been a breakdown all up and down the chain of command.

Q: There is an inauguration and less than two weeks at that same Capitol building. Who will call the shots as it comes to security for the inauguration?

Inboden: The Secret Service will be in the lead there because they handle anything involving the United States no matter where it takes place. The Capitol police will play a supplementary role and they'll be involved as well, but the Secret Service will be the lead in directing everything. And you can bet that they're working very hard and very carefully right now to mitigate any threats they can, especially after yesterday's horrible, horrible events.

Q: Let's move to the political side of this entire story. There are some now calling for the president to be removed from office, invoking the 25th Amendment. Is that an actual option? And if so, how long would that take?

Inboden: Well, it is an option and it can be done almost immediately. It's been invoked a few times in recent history when presidents have gone in for surgery. So I worked at the White House for President George W. Bush. He invoked the 25th Amendment himself when he had to go in for brief surgery and sent the letters to Congress saying that Vice President Cheney is the acting president. So, in that sense, it can happen very quickly. The procedure that people are considering now would involve Vice President Pence and a majority of the Cabinet secretaries voting to invoke the 25th Amendment. If they were to do that, all they do is take that vote and then immediately send a letter to the Senate and to the House and it's been invoked. And then Pence becomes president. Whether Vice President Pence and a majority of the cabinet would be willing to do that ... that remains to be seen. We are in very uncharted territory right now.

Q: With just 13 days left in this administration, on Jan. 20, there will be a transition of power. We know that there's a lot more to this, though, than just handing over the keys to the White House. What are the important steps that happen on Inauguration Day?

Inboden: Well, yeah, there's really this very important two-month lead up to Inauguration Day where the incoming team is doing briefings with the outgoing team on things like sensitive military operations, special forces missions going on around the world, CIA covert actions. Those things are taking place as we speak, and they need to be under the direction of a commander in chief. And so when Vice President Biden will raise his hand and take the oath of office at noon on Jan. 20, he will instantly take command of all of those operations. And so his team needs to have been briefed and very familiar with those in the run up to it, because it's, you know, hundreds of pages and hours and countless hours of sensitive briefings to take place. And we need to make sure that America's adversaries, those who would do us harm, do not see a window of vulnerability there during that transition of power so that it can take place seamlessly on Inauguration Day.