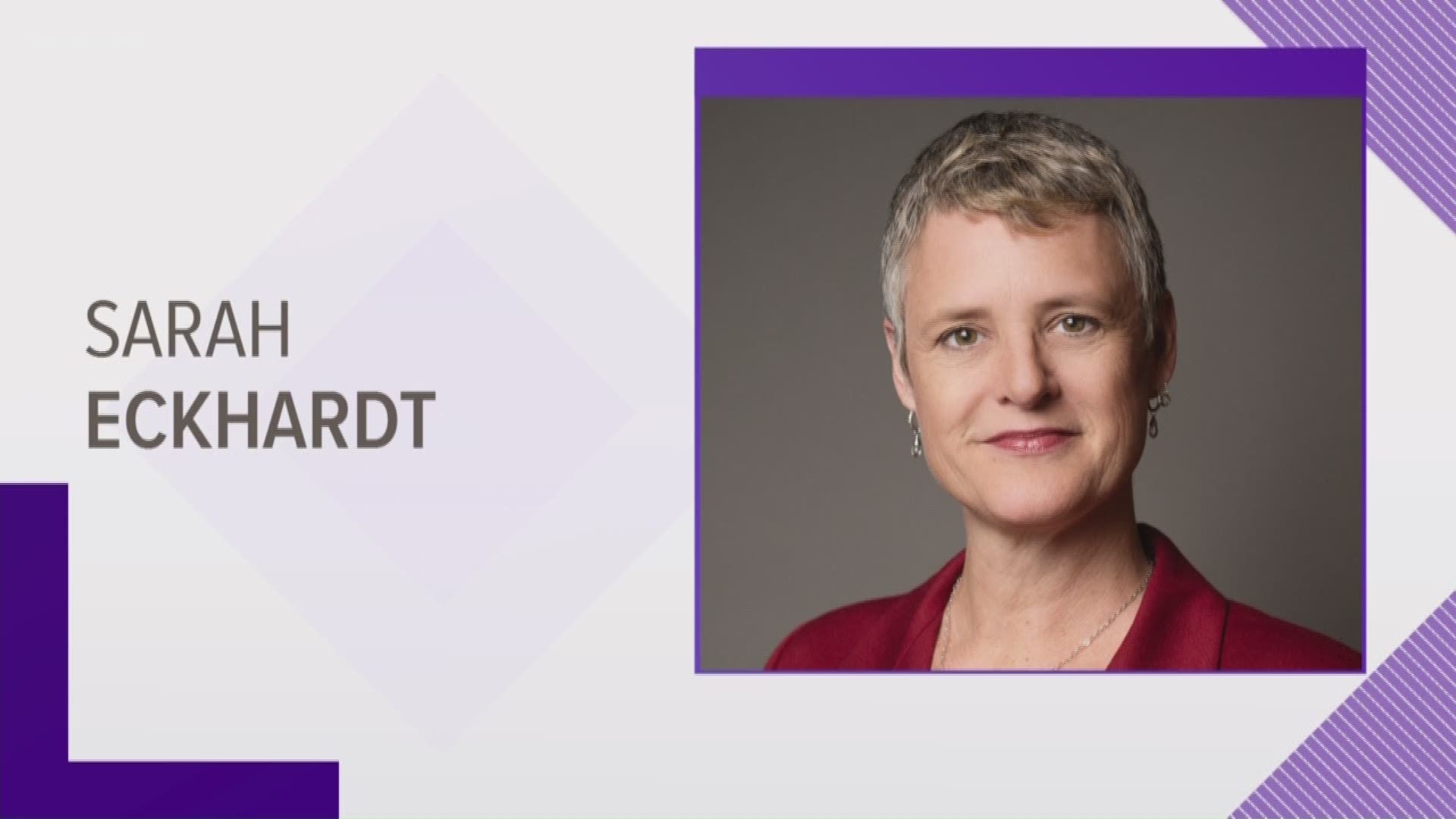 TEXAS TRIBUNE – Travis County Judge Sarah Eckhardt resigned from her position Tuesday ahead of a run for the open seat in the Democrat-leaning Texas Senate District 14.

Eckhardt is the second candidate to enter the race to replace retiring state Sen. Kirk Watson, an Austin Democrat, who will resign from office at the end of April to become the first dean of the University of Houston's Hobby School of Public Affairs. Over the weekend, longtime state Rep. Eddie Rodriguez, D-Austin, became the first candidate to formally launch a bid for the Senate seat, which covers Bastrop County and parts of Travis County.

The special election for the seat has not yet been called by Gov. Greg Abbott.

Eckhardt, who was elected Travis County's first female county judge in 2015, was required under the Texas Constitution to resign from that office before running for the Legislature. Eckhardt and Rodriguez, who has served in the House since 2003, could soon be joined in the race by Austin City Council member Greg Casar, who recently filed a campaign treasurer report for the Senate seat.

Others are also eyeing a run. Another elected official, Pflugerville City Council Member Rudy Metayer, is mulling a bid, according to the Austin American-Statesman. Two Austin-area attorneys, Jose “Chito” Vela and Adam Loewy, have also said they are also seriously considering a run.

After Eckhardt's announcement Tuesday, her campaign emailed supporters billing the candidate as "an effective progressive who has the courage to fight for what's right." Rodriguez, meanwhile, said at a campaign kickoff event that he is running for the Senate "because I want to make Texas a more progressive place for everyone" — and cast his work and relationships at the Capitol as crucial experience that will set him apart from the rest of the field.